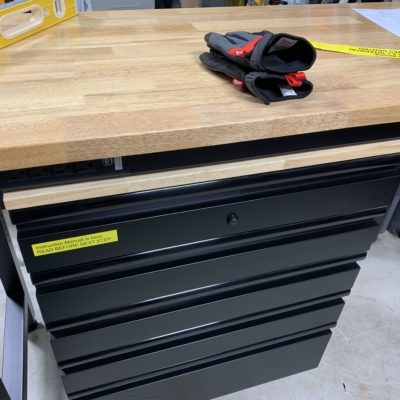 This post is sponsored by The Home Depot. Have you have ever found yourself precariously balancing a workpiece on your leg while doing your best impersonation of a flamingo? If so, you probably know how important having a nice, stable work surface is. Contrary to popular belief, a workbench is more than just a place to dump tools, random parts and the half-eaten portion of your fourth donut. Our sponsor Home Depot recently sent us a Husky workbench and a Husky five drawer base cabinet to see if that might nudge us towards a slightly more organized garage. Join us as we walk through assembling and evaluating these clutter-cutters as we help determine if they’re worthy of a spot in your shop or garage. END_OF_DOCUMENT_TOKEN_TO_BE_REPLACED 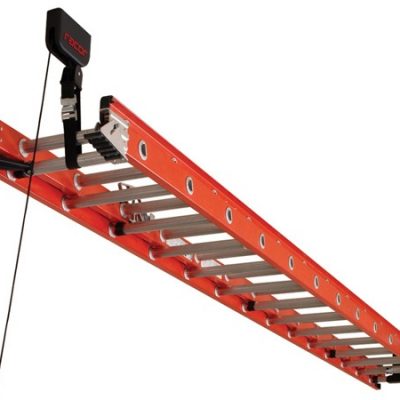 As much as I love my extension ladder, the Sumo Stance from Little Giant, it’s still an awkward beast to store. Awkward storage is a reality for just about every extension ladder out there. In fact, ladder storage is such a pain, many people just leave it on the floor, typically in a space others tend to frequently fall over. At this year’s National Hardware Show in Vegas (covered live on our @HomeFixated twitter feed, which you’re following us on, right?), we discovered a useful ladder storage device from Racor called, fittingly enough, the Ladder Lift. END_OF_DOCUMENT_TOKEN_TO_BE_REPLACED