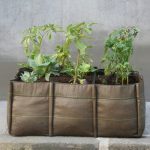 Americans have long had a dislike of the French. Sometimes it’s just gentle teasing, other times, it’s downright fury. I can understand it to a certain degree. After all, we have the French to blame for accordion music, mimes, and the possibility of finding things like frogs, snails and horse on the menu. Le yarg.

They have, however, also brought a lot of good into the world such as batteries, bicycles and bikinis – and that’s just the B’s! We have one more French-made ‘B’ to add to the list – and that’s the Bacsac – a smartly designed and relatively inexpensive set of portable gardening containers.

END_OF_DOCUMENT_TOKEN_TO_BE_REPLACED 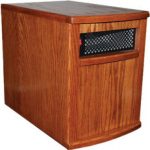 With the SolarFlare Infrared Heaters, there’s really just one hurdle in buying one: the brand name. Colour me jerk, but having something in my home emblazoned with “SolarFlare” isn’t really comforting. I’m far too much of a sci-fi geek not to think of an actual solar flare – an unpredictable ribbon of the hottest hot that exists, a shot of energy from the sun that would surely cause instant death to anything it comes near. But if that doesn’t bother you, the SolarFlare Infrared Heater could be the compact heater your space needs. END_OF_DOCUMENT_TOKEN_TO_BE_REPLACED