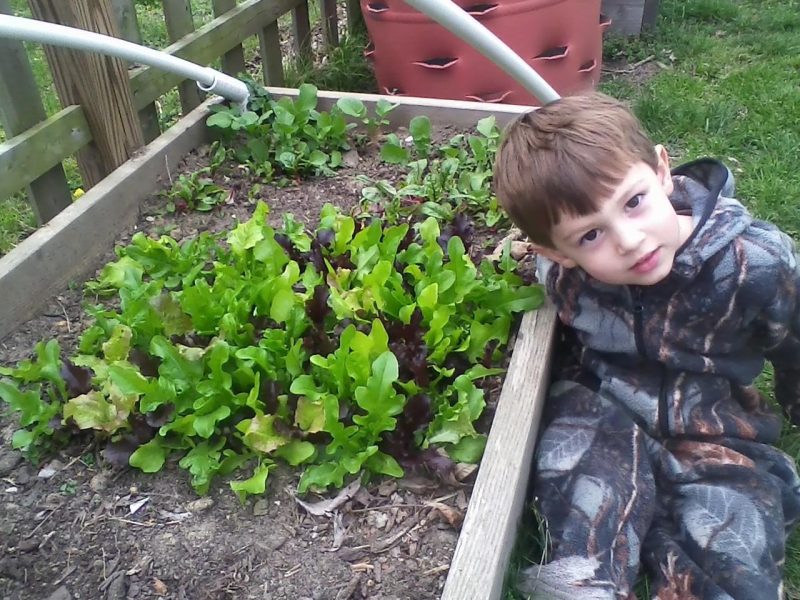 Gardening now?! Amarillo was recently hammered with snow, and spring seems far off for many parts of the US. However, if you’re in zone 7 or south, time’s a wastin’! If you can, the time is right to get working on those garden beds and starting seeds for transplant. And, now that it’s March, you should definitely have some cole crops seeded out in your garden. If you’re wondering what cole crops are you’re not alone. Cole crops are leafy green veggies that like cool weather. These include broccoli, spinach, lettuce, cauliflower, cabbage and other brassicas. Right now is an ideal time to have lettuce, broccoli, and spinach seeded out. Ready for more details?

Naturally, lettuce comes in a variety of types and colors beyond just iceberg and romaine. There are two basic kinds of lettuce with a variety of types within them. One is referred to as head lettuce, of which, iceberg is a common variety. Generally, once these varieties are harvested there is no coming back to them. On the other end of the spectrum, are “cut and come again” varieties. You can chop these guys down to just a nub (leaving about 1 inch of the plant above ground) and they will come back again and again. I like Lolla Rosa, but there are many great varieties out there.  Last year I cut my lettuce at least 4 times before the heat put a hurt on them.

The only downside to cut and come again lettuce that I’ve noticed is that if you don’t stay on top of them they can bolt to seed quickly and aphids can go crazy in them. A good spray of water fast and furious before you harvest seems to knock down most of the pests.

Ahh broccoli, it’s one of my favorite raw veggies. They’re pretty hardy, they’re good for you and if you don’t over-steam them to mush, they’re tasty as well. The nice thing about broccoli is that it can grow in winter as long as you don’t get hit hard by frost. They start easy and can go into the garden bed in early spring. Plus, several varieties will grow smaller heads after you harvest the main head.

Broccoli is suceptible to root rot and cut worms if not managed properly and they can be heavy feeders. But so can I, so don’t hold that against them. Consider trying an heirloomm variety and allowing the second heads to go to seed for next year!

Spinach is a super food and tastes great, especially in omelets. It’s chock full of iron and folate, and, did I mention it tastes great? Spinach can be tough to grow, especially if your soil is compacted or nitrogen dificient. Plus it bolts to seed faster than a crazy Twilight mom rushes toward a Robert Pattison sighting.  Start it early inside or plant seeds a couple of weeks prior to the last frost and harvest the outer leaves as the plant grows.