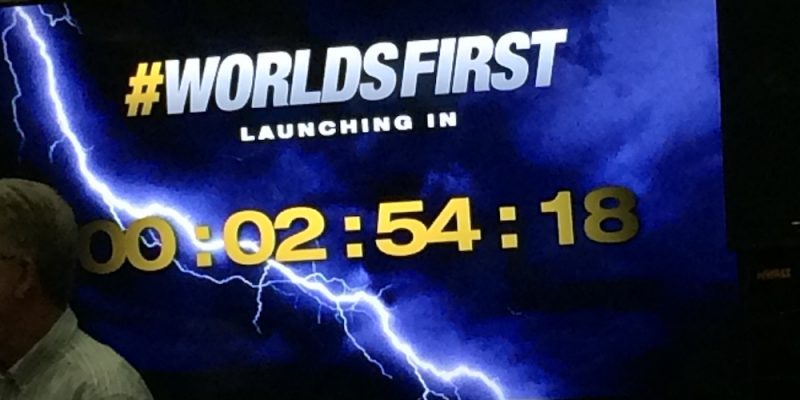 Over the past several weeks, the folks at DeWalt have been whipping the tool world into a hysterical frenzy of speculation with ads using the hash tag #WorldsFirst and the promo video below. Okay, maybe not a hysterical frenzy, but I bet there are plenty of you who are at least a little curious. (My personal guess of a 20V MAX Kegerator turned out to be slightly off the mark). Anyway, we were on hand for the unveiling of their new product line, and now it’s time to reveal what’s new in the world of yellow and black. Join us as we check out the DeWalt FlexVolt System, the World’s First (Insert guess here).

The Down And Dirty Of The DeWalt FlexVolt

So what the heck is FlexVolt? The heart of the system is the new DeWalt FlexVolt 20/60V MAX battery, designed to power a new lineup of brushless 60V MAX and 120V MAX tools. For those of you groaning and muttering “Great – another %$#@*$! new battery platform to make all my tools obsolete!,” take another look at the name of the battery. The DeWalt FlexVolt 20V/60V MAX battery is backward compatible with most 20v MAX tools and chargers. When used in a DeWalt 20V MAX tool, it will provide up to 4X the runtime of a 20V MAX battery.

According to Frank Mannarino, President of DeWalt’s Professional Products Group, “This new platform packs the power required for heavy-duty applications, makes it easy to exchange corded tools for cordless, and ensures that our existing 20V MAX users get the benefit of added runtime without making the 20V MAX system obsolete.

The DeWalt FlexVolt system’s patent-pending technology switches the voltage in the battery to match the tool it’s attached to. When the battery is attached, it automatically senses whether the tool is 20V, 60V or 120V, and adjusts accordingly. Slap it in your 20V MAX impact driver, and you can drive a LOT of screws. Slide it onto your 60V table saw (more on that shortly), and you’ve got 60V working for you. Slide two of them into your DeWalt FlexVolt 12” sliding compound miter saw, and you’ve got a 120V platform. The saw can also take an adapter to run off 120V AC. Here’s a quick peek at the DeWalt FlexVolt table saw in action:

The first batch of DeWalt FlexVolt batteries will be 6.0 Ah, with a 9.0 Ah model due out by February 2017. DeWalt has also developed a line of DeWalt FlexVolt High Efficiency Accessories. DeWalt engineered the lineup of blades and bits to Maximize Runtime™. The accessories are optimized for use with cordless power tools, to deliver more cuts or holes per charge than standard DeWalt accessories.

While we were at DeWalt’s headquarters in Maryland, we were treated to a look at hundreds of newly-available and soon-to-be-released products from DeWalt, as well as their other family members Proto, Porter-Cable and Black & Decker. In an upcoming post, we’ll take a look at a good assortment of those. We’ll also be taking a more detailed look at the new line of DeWalt FlexVolt 60V and 120V tools. Meanwhile, hopefully your yearning to know what the World’s First is has been sated, and you’ll sleep more peacefully tonight. 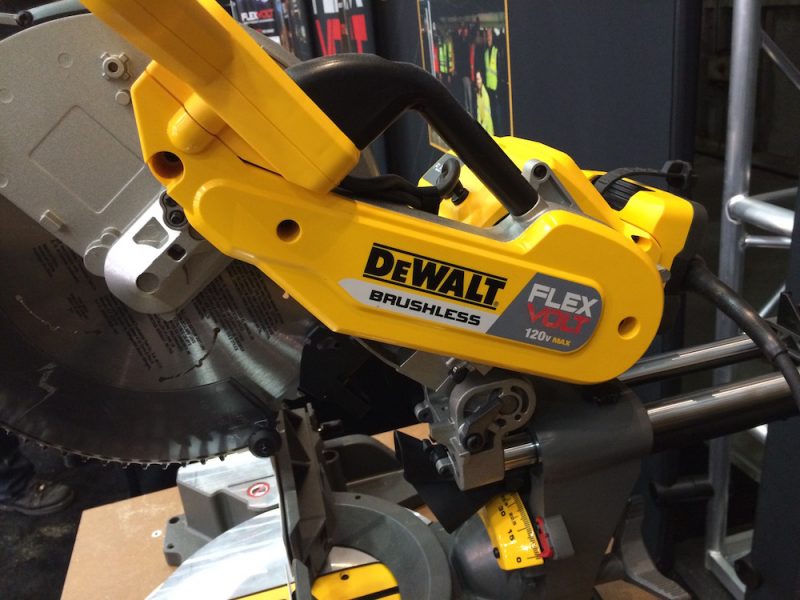