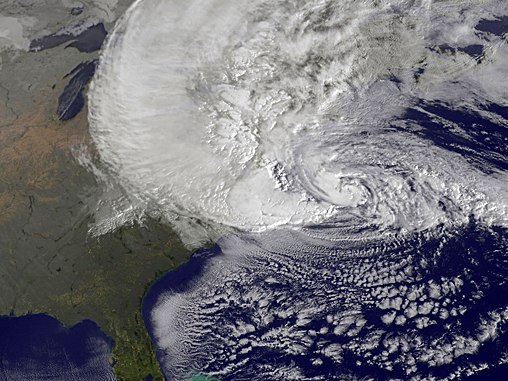 Continuing on with our disaster prep basics series; I am always amazed that when big storms are on their way, people rush to the grocery store. Not amazed by the rush per se, but by the items purchased. The shelves always seem to be empty of bread, eggs and milk. I don’t quite get that. Do people think, “Man there’s a big storm coming! I’d better make some french toast?” Perhaps it’s just a regional thing. Can someone explain to me why in the preparation of a major storm we, as a people, stock up on perishable items for emergency food? Hopefully, you don’t loose any power, but if you do, what good are eggs going to do you and how long will those five loaves of bread last before they get moldy? Instead, we’re going to discuss a couple basic tips on emergency food that FEMA and the Red Cross suggest in preparation for storms.

There are number of food items that FEMA lists as good items to have for food. Most of them are common sense things like dried fruits, nuts and canned goods, but oddly enough, I do not see eggs or bread on that list. Milk is though, in the form of non-perishable milk a la dried milk. Sorry, no bread pudding during the hurricane. Outside of the list of examples there are some general guidelines they recommend as well.

First, limit the salty foods. Salt makes you thirsty and if you’re thirsty you’ll want to drink. Sure you’ve stored up water, but not to take care of dry mouth from the whole can of extra-salted peanuts. Less salt means more water for emergency.

Second, get food that you would normally eat and that you like. If your kids hate green beans, then it’s probably a bad idea to buy 15 cans of family-sized green beans. The last thing you want to deal with in the dark is little Johnny whining about dinner.

Finally, this probably goes without saying, but remember any special dietary requirements when you’re filling your emergency food bunker. If you need gluten free or else you get a flare up of IBS, then make sure you get gluten free. If someone is diabetic or allergic to peanuts, plan accordingly.

How Much Emergency Food is Enough?

You need food, that’s for sure, but how much? It’s recommended to have at least 3 days of food for each person. But how much is that and what’s the scale? Well if you’re Michael Phelps, a day’s worth of food would be about 8000 calories, so somewhere in the ball park of 24,000 calories for the three days. Conversely, a supermodel may only take in 1200 calories or less, so 3600 calories for the three days would suffice. A single Supersized Big Mac combo would be about 3600 calories, so you’d be in luck if you’re stocking up for a supermodel (or there happens to be a golden arches open during the disaster)!

The short answer on quantity is to come up with a best estimate based on what you know about yourself and your family. Three days worth of food per person is the rule of thumb, but that could mean a lot of different things. This is where a little pragmatism comes into play. The last thing you want on your hands is a hunger revolt as the wind blows. I’d also consider three days a bare minimum. If things really go awry, you don’t want to regret not being better prepared.

How to Prepare It

Being wise with the food you select is more than taste or dietary need. You also have to think about how you’re going to make it. If the power goes out it’s going to pretty difficult to make boeuf bourguignon or chicken al a jefe on the cook stove, grill or improvised campfire. Storing foods that require little energy to make, both physical and chemical, will go a long way to making life easier as you wait for normalcy to return. Canned foods, MREs (meals ready to eat) and even freeze dried backpacking / camping food