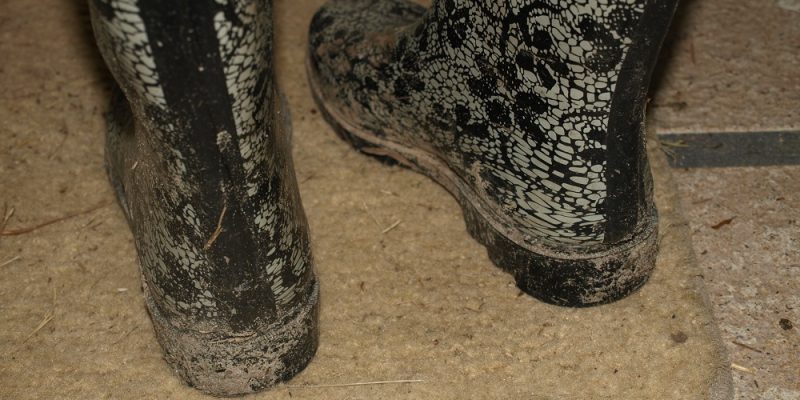 By the time you read this in most portions of America, the heat will have broken and the summer will have finally ended. For some people the turn of the seasons comes as a pleasant relief. As for the others, we find ourselves wishing for another day or two by the pool. The only trouble is that we just have to wait until next year. Meanwhile, there is a lot left to do in gardens that we abandoned when the temperatures hit triple digits and the heat index made going outside feel as if we were walking through an oven set on broil. 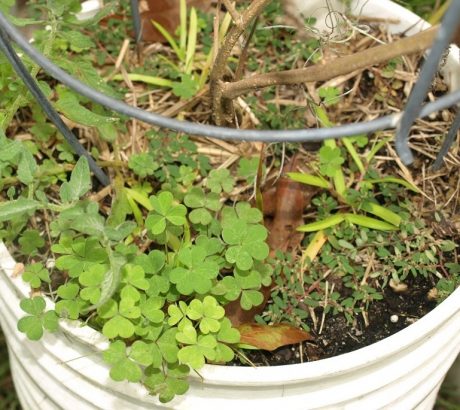 I find myself just as guilty as everyone else of doing the bare minimum garden work when the temperatures climb so high that the ground seems to sizzle. All I can manage to do is appeal to the higher authorities in hopes that I can stay inside with my beautiful air conditioning rather than be forced to go outside and hose down the plants to keep them from melting or baking to a crisp. Although some may chide me for sloth, I find these methods a necessary measure. What good is it to kill the weeds or the bugs if I die along with them? Perhaps that’s an exaggeration but sometimes it doesn’t feel like it.

While this approach saves gardeners from potential heat exhaustion, it does have its downsides. Mints (or in my case strawberries) gain important territorial advances in their hostile takeover campaigns, heat sensitive plants drop dead overnight, weeds sprout in every available crevice, random plants develop nutrient deficiencies, and the bug armies decide that it would be the opportune moment to start a colony in the azalea bush. When the heat breaks, it’s not surprising that gardeners end up with a ton of tasks on their to-do lists.

Too much to do, too little time to do it… 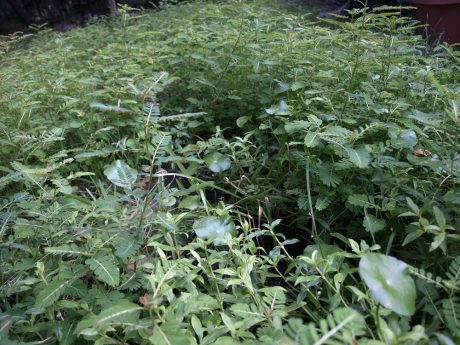 Of course, best way to avoid a complete mess is to go out on the coolest available day or midnight when the temperature has dropped as low as possible to weed a little, fertilize sad-looking plants, and spray the bugs. That way there is less work on the agenda when fall rolls around. Of course, there still will be stuff to do. Even the most vigilant gardener is going to have dying annual plants to clear out of containers as well as equipment to clean and store. In areas where freezing is a problem, all of the terracotta pots will need to be stored in a warm, dry location so the low winter temperatures don’t cause them to crack. Fall also means that it’s time to salvage the last of the garden produce by making pesto, dehydrating tomatoes, pickling ginger, and so forth. 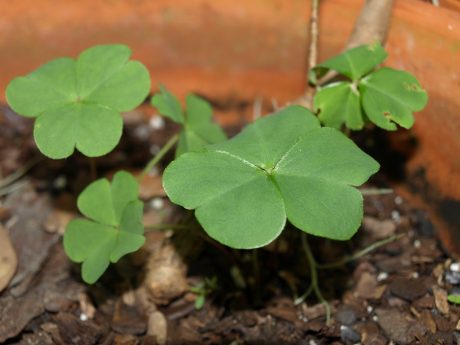 Fall is a good time to take care of maintenance tasks, such as repairing the trellises that collapsed during the summer storms and making a list of all the plants that have to be brought indoors when the temperature drops. Just be careful not to bring in plants that are better off outside! (That’s something I’ve done more times than I care to admit.) Autumn is also the best time to move perennials that have outgrown their containers into larger ones. During periods of cooler weather, there seems to be less chance of transplant shock killing the plants in question. Besides, all the supplies tend to be on sale.

The only thing I enjoy about fall is the deeply discounted prices you can find at plant stores. This is the case at big name stores like Lowes’ and Home Depot as well as smaller local businesses. I found tomato cages that are normally $5-6 for $1 at Walmart about a month ago. I went yesterday and most of the potting soil and plant containers are now on sale for $1-2 off, though some items were more steeply discounted.

My local garden center usually has an annual fall sale where you buy 3 herbs and get one free. They also discount the plants that get damaged by heat waves or cold snaps to the point that they just don’t look presentable anymore. That’s how I picked up a catnip plant and another oregano for $1 each. Even online retailers get into the act. I’ve found some decent discounts at my favorite online places such as Baker Creek Herbs and Stark Brothers. (No, not those Stark brothers.)

What’s not to love, right? The plants (or seeds), potting soil, and their containers are all on sale! If you’re lucky, the fertilizer might even be too. The only caveat to sale hunting is that you should only buy perennials that have a good chance of surviving the winter in your area. Otherwise, it’s a waste of money. For example, mint generally returns for a repeat performance. Marjoram isn’t likely to do the same. If you’re looking at seeds, you’ll want to Google the general type (“corn”, “radish”, “rutabaga”, etc.) to make sure they’ll stay reasonably viable or what sounds like a good bargain can end up being an unintentional rip-off.

Not a Jedi, though their tactics would probably work better than bug spray, but another growing season. Some intrepid souls do actually plant two gardens a year. In places like south Georgia where the weather stays warm most of the year, fall is even said to be the best time for cool weather crops or what passes elsewhere for “spring” plants. In fact, autumn is the only time I’ve managed to get carrots and chervil to grow to any size. However, I usually end up with so many things to transplant that I invariable forget to sow the seeds until everything is neatly trimmed, put away, or repotted. (Translation: in December.) By that time, it’s usually too late for anything but a quick planting of garlic. Which reminds me: I still need to break apart the cloves I saved from last year so I can plant them before the ground freezes. On second thought, I’ll add that to my to-do list.