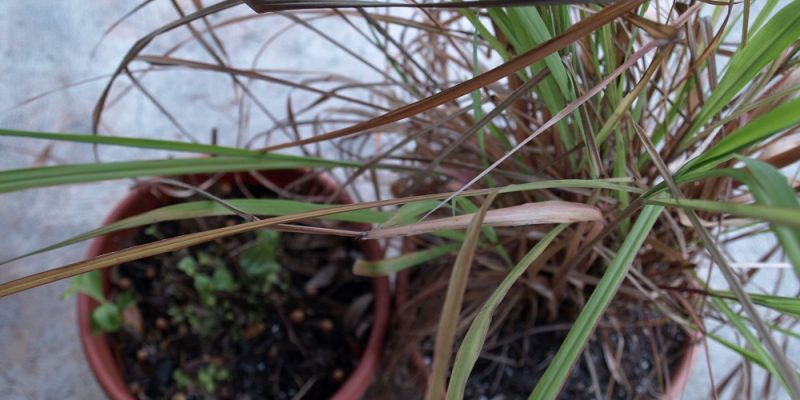 There are plenty of herbs that seem to make an appearance in just about every garden. The old standbys of parsley, sage, rosemary, and thyme were even good enough for the Beatles, after all. Even so, adventurous gardeners might want to try something new in their yard this year, such as the two long-lived plants mentioned here. We’ll give you all the info you need to grow your own Lemongrass and Stevia

This tropical plant is useful for culinary purposes and it’s extremely easy to grow at home. Lemongrass (Cymbopogon Citratus) is also relatively pest free, unlike other herbs I could name. (Lemon verbena, I’m looking at you!) This plant seems to like full sun and slightly moist, fertile soils. However, it is fairly tolerant of most kinds of dirt and lighting situations. The downside is that lemongrass tends to be one of the first plants to croak if you forget to water the yard for a week or so.

I’m always very surprised to find this plant offered at prices such as $5 for a pot when it is so easy to grow from seed, especially in warm environments. A couple of years ago, I got a packet lemongrass seeds from Livingstone Seeds at Ace Hardware but I’ve been unable to find the same product ever since. Baker Creek Seeds, a company I like, sells the seeds on their website so I may look into that later but I still haven’t ordered any of my plants yet for the upcoming year. 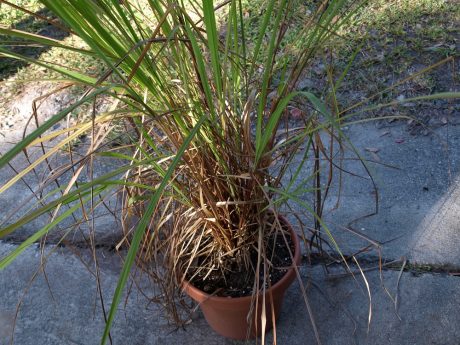 Anyway, I ended up with more than a handful of seedlings during my seed growing experiment. Some of them I gave away and my dog ate one or two of the others. Even though, the leaves seem like they would be fairly unpalatable, it’s not all that surprising. After all, this is the same animal that eats cactuses, cries pitifully, and then chews on the same cactuses some more. Of course, I moved the plants in question when I discovered what he was up to but they were pretty much destroyed at that point. Samwise, on the other hand, was perfectly fine.

In northern regions, lemongrass is one of those tedious specimens that will have to come indoors in the winter. That’s not usually the case this far south. In fact, a relative of mine has had some luck with an in ground plant that she’s had for the past several years in a zone 8b. It dies down to the ground every fall but comes back up in the spring. All the same, lemongrasses can be a bit of a hassle to have indoors. While their leaves are nowhere near as sharp as the thorns on lemon trees or cacti, they’re still tough enough to cause minor abrasions if you happen to run into one. 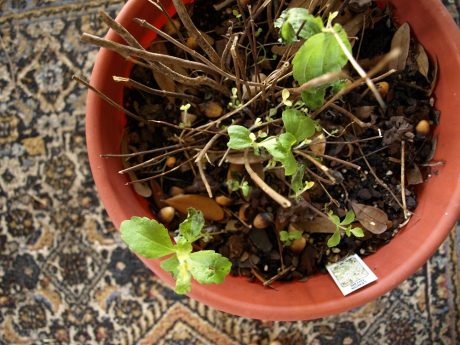 Stevia (Stevia Rebaudiana) is another herb that I’ve been growing for several years. It has recently been in the news for its’ miraculous powers in making things sweeter without the use of a highly harmful, albeit delicious, white substance more commonly known as sugar. Unlike those alarming announcements found on the packets of artificial sweeteners, this herb is not yet known to cause cancer in laboratory animals. It can be dried and used in teas but I’ve been too busy making homemade Italian seasoning and trying to perfect my mint tea recipe to give it this herb the attention that it probably deserves.

I’ve nonetheless been growing the plant in dappled sunlight and watering it every so often. Stevia gets pretty tall during the summer months, with tiny white flower clusters that attract all sorts of pollinators. It doesn’t seem to have many health problems but has still needed the occasional tending to on that score, chiefly due to whiteflies and rust. Stevia is usually purchased as a plant and I got mine at one of the big name garden centers in town. However, Baker Creek and Bountiful Gardens, both of whom I recommend, also sell seeds for these herbs.

Like lemongrass, the only extraneous care this plant needs is to be brought indoors once the temperatures start dropping. Stevia dies to the roots in freezing temperatures but it cannot handle colder weather without dying. It’s also typical for all the leaves to fall off and the plant to look like a basket of sticks after being brought inside during the winter. I usually trim it back, but sometimes spindly green shots end up popping out all over the place if it’s kept someplace warm and weakly lit. Gardeners could probably avoid this problem by keeping their own stevia plants in a well-lit place during the colder months.