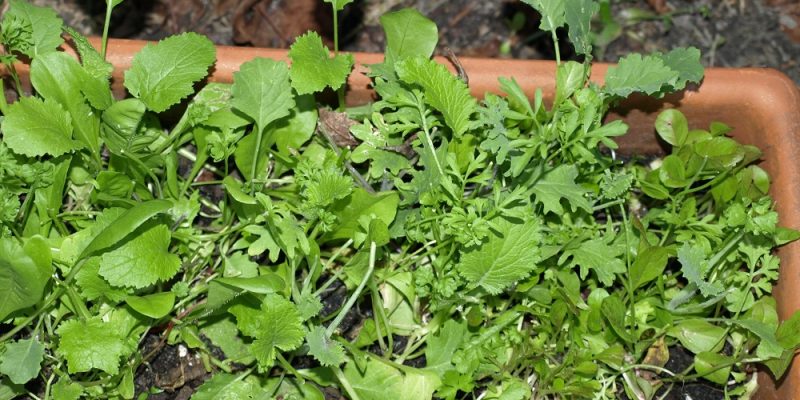 Sometimes I’m sure growing my own salad is merely an exercise in futility. No one is genuinely capable of getting the stars to align in their favor on such matters. Alright, I admit that I tried again this summer and the results left something to be desired. I have yet to find a lettuce that can withstand triple digit heat. And by the time the tomatoes start producing yummy fruit, the lettuce have long since bolted. It’s one of those situations that clearly requires near-perfect timing. Or maybe the prospect of growing salad ingredients all at once is some sort of cruel joke played on those of us in the South by Northern gardeners who probably can make the equations work. Then again, math never was my strong point.

Once the traditional salad greens reach midsize in zone 8b/9a, I’ve discovered that you must eat all of them within two weeks. Otherwise, they will turn bitter and disgusting, then bolt. For adding more bulk to your salad bowl in warmer areas, spinach is probably the best bet. There are also a number of tropical, heat-resistant greens available but I haven’t tried them yet. That’s another item for my unending to-do list.

I personally like sorrel in my salads. The small leaves will definitely add a nice bite, but you couldn’t make a whole entrée from just sorrel. The herb is fairly acidic and it’d be like eating a salad made from lemons rather than lettuce.

I have had a lot of luck growing Swiss chard year round, as it is apparently impervious to various weather patterns on both sides of the extreme spectrum. Unfortunately, while chard sautés nicely with bacon, red wine vinegar, and pine nuts, it would make a lousy salad. However, add some cornbread as a side to the aforementioned recipe and it’s a gourmet feast, but I digress. 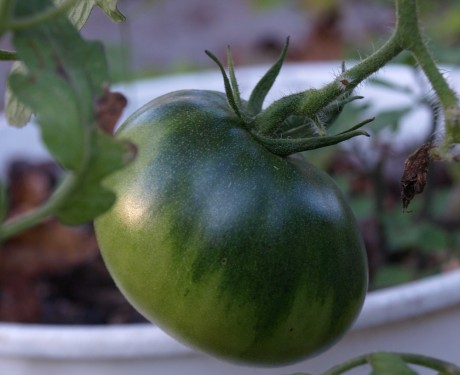 If you’re looking for a way to save money on tomato seed, you always could try what my grandmother did. She stuck a handful of old cherry tomatoes in the freezer sometime in the late fall. In the spring, she then unearthed the bag from the freezer’s cavernous depths and planted them. Oddly enough, it worked! If you like the cherry tomatoes that your local grocery sells, that’s definitely an economical way to go. I prefer to experiment. (Cue maniacal evil scientist laughter) I’ve tried Risentraube, Roma, Cherokee Purple, and Black from Tula. I give the Risentraube serious kudos for resilience, edibility, and productivity. Tula Black has my entire family’s vote for flavor, but I’ll be the first to admit that gardeners in a lower zone might have more success with it. I mean that particular tomato variety comes from Russia: the land of ice, snow and exiling people to Siberia. But I’m growing these veggies in Georgia where snow is a figment of kids’ imagination, so you can imagine how successful that’s been. 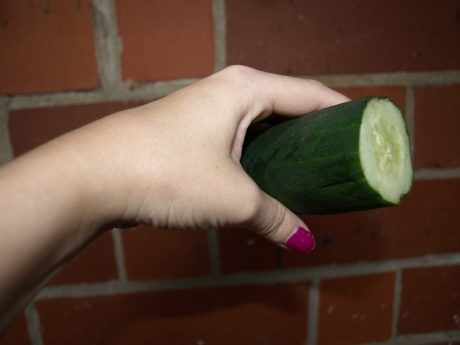 My ongoing saga of epic proportions involves cucumbers. I love pickles but no matter what I do, the fates conspire against me. Though to be honest, this time my dog thought the container looked incredibly delicious and chewed it up. The unfortunate result was that the cucumber plants got dumped on the ground and didn’t recover. So far I have tried Ruby Wilson’s Old Time White, which produced some very nice healthy seedlings until the aforementioned tragedy, and Boston Pickling Cucumbers, which produced 5 fruits. My first few cukes looked like greenish-orange aliens. Which is why pumpkins and cucumbers should not be grown near each other. If you’re thinking it’s a good idea…just don’t. It won’t end well. The resulting fruit may only look like something that will come after you while you’re asleep but you never know. 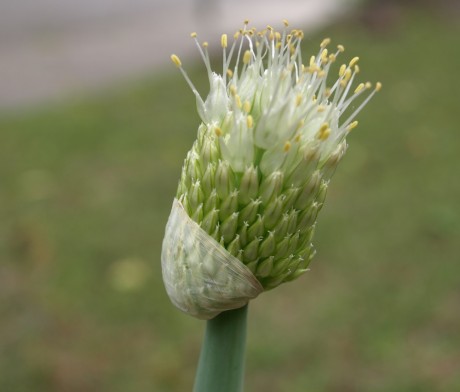 A great addition to salad, bunching onions can easily be grown in small containers and they are relatively idiot proof. I say relatively because sooner or later there’s a new and improved idiot that finds some way to gum up the works. Not that I personally would know anything about that. Ahem. Moving on. I once let one flower to see what would happen (see photo) and I have to admit it was pretty interesting, though it was too tough to really be edible after that. These plants also have the nice characteristic of being unappetizing to most bugs and resistant to harsh weather conditions. They’re a godsend for busy or lazy gardeners. You get something delicious without much effort. Who doesn’t love that? 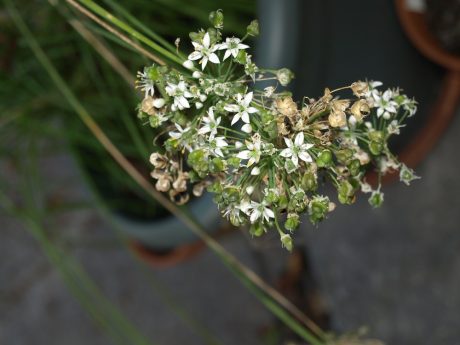 All types of mint are excellent in fruit salads but, of all the nine hundred cultivars I currently have growing in my yard, orange mint is probably the only one I actually like in garden salads. It’s refreshing, but with a bit of bite. I also like chervil, a French herb that has a very faint licorice flavor, but the plant is a bit picky about growing conditions. It doesn’t do well when the temperatures get warm and has about the same growth habits as lettuce, so I don’t often have it around.

Tarragon is another herb that’s recommended for salad, but it is very temperamental here and I can’t seem to warm up to the flavor. Instead, I put dill on any salad that crosses my path. It generally is among the last herbs to bolt in the summer. Lemon and cinnamon basil are also good in salads, but the plain Genovese basil that you use to make pesto is probably too strong for the aforementioned entrée.

If the lettuce, spinach, or mesclun mix seems too bland you can always add some color with edible flowers. There are a lot of brightly hued floral additives to choose from. Pansies, violas, Calendulas, borage, rose petals, and so on are good options if they’ve been organically grown. I personally like garlic chive flowers (see photo) because they taste somewhat like a sweet caramelized onion.