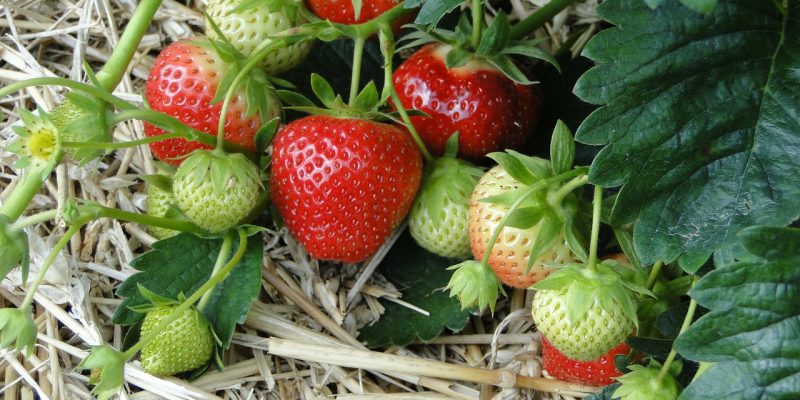 I was mistakenly led to believe that strawberries were docile, unambitious plants. After planting one, the hostile takeover commenced. It didn’t help that I decided to start some alpine strawberries a short while later. Yes, I’m sure you can see where this is going. Three years later, these wannabe lawn invaders are going strong and show no signs of stopping. Even the alpines seem determined to constantly outgrow their containers on a regular basis.

However, I genuinely wouldn’t mind if the strawberries took over the yard because it seems like a win-win situation for everyone involved. The grass would not require mowing, there would be beautiful flowers in the spring, and there might be enough fruit for both me and the local bird population. Did I mention I have lots of strawberries but rarely get to eat any because of the winged menaces that lurk nearby?

The birds discovered the free snacks, sated themselves, and flew away with berry juice dripping from their beaks. They also keep coming back for more. Incidentally, I recommend getting very fine mesh netting and sometimes even that doesn’t work. This is no doubt because the birds don’t have jobs and have nothing better to do all day except figure out how to sneak past any defenses I employ against them.

With that being said, strawberries are still a great plant to have in the yard. Most garden centers carry strawberry plants in the spring of the year, but sometimes they can be found on sale in midsummer to early fall. They’re perennials, so when they’re bought isn’t truly important. Depending on your preference, white fruited or pink flowered varieties are also available.

For those of you who want to try your hand at the minuscule alpine varieties, there are a number of companies both online and locally that sell the seeds. Alpine strawberries are flavorful but small enough that the birds are less likely to notice them. I’ve even gotten to eat a few! This type isn’t for impatient gardeners, because they have to be chilled prior to planting and take about two years to produce fruit.

As for when other types of strawberries will produce fruit that depends entirely on the variety. Everbearing strawberries produce anywhere from one and three crops annually, but day neutral types will keep making fruit as long as the temperatures are warm enough to suit them. Because that makes sense, right? People living in zones that are above an 8 shouldn’t bother with June bearing varieties unless they want to risk having dead plants. 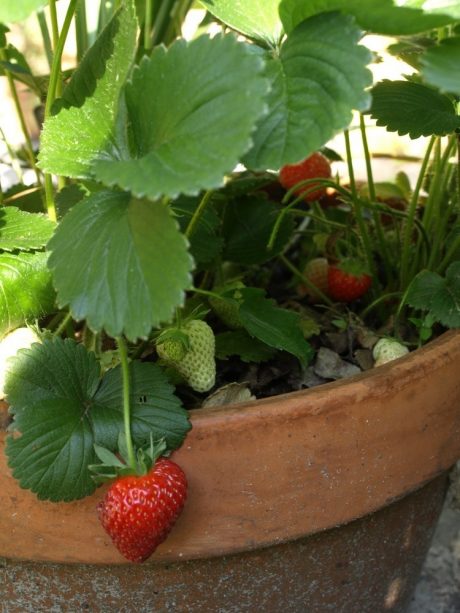 Container grown strawberries should have minimum pot depth of 6 inches, while in-ground plants should be spaced about 10 to 18 inches apart. Strawberries do best in full sun but in warmer climates partial sun will be perfectly fine. They also like well-drained, fertile soils that are regularly watered.

Strawberries love compost applications and a mulch of pine straw in the fall of the year. Don’t get too carried away fertilizing the plants, because the end result will be a large crop of tasteless berries. These fruits are also said to not get along well with cabbage family members such as broccoli, but I’ve personally never noticed them fighting amongst themselves.

Aside from the bird problems, strawberry plants often have issues with slugs. These fat, slimy creatures love beer traps and so do gardeners in whose berry patch they have been partying in. Use as needed. Another minor difficulty is that regular strawberry beds produce fruit for 3 to 5 years, before the bed’s production eventually tapers off. So you should probably leave a few runners to grow every spring, to keep from having the expense of replacing the entire strawberry bed.

Did we miss anything? Share your strawberry growing tips and tricks in the comments below!