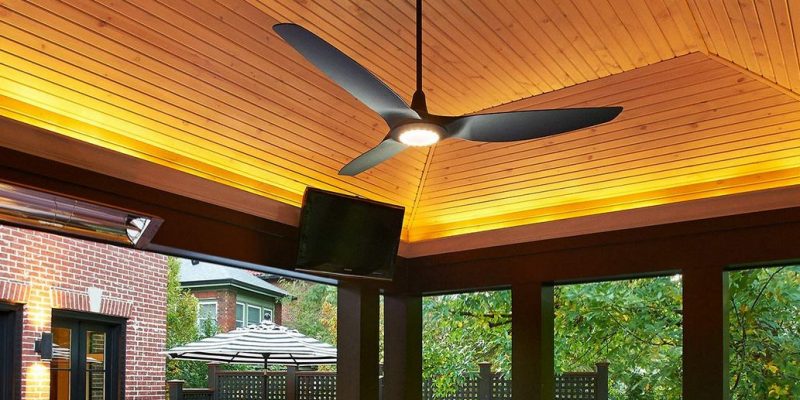 We don’t often write about ceiling fans here at HomeFixated. Although they’re in a majority of US homes, ceiling fans are usually pretty boring. You flip a switch to turn them on or off, or, worse yet, you pull a chain that might just as well have been connected to a water wheel mechanism somewhere. Not exactly cutting edge stuff. Some recent news from Big Ass Fans (well known for their . . . big ass fans), has us paying a bit more attention to the artificial breeze. Big Ass Fans released the ultra high tech Haiku ceiling fan with SenseME technology, and recently announced compatibility with the very svelte and sophisticated Nest Thermostat. What’s so special about all this? Get ready to get your inner ceiling fan geek excited!


First, let’s start with the obvious. These Haiku fans are downright sexy. They look a bit like wind-tunnel inspired modern design techniques were used to craft an ultra-sleek airplane propeller. Howard Hughes would approve. Only, instead of adorning your sleek plane, it’s enhancing the ceiling and overall look of your home.

The Blades of the Haiku are handcrafted using some unique materials, including Moso bamboo and glass-infused matrix composite. They even hand-balance these works of art so you don’t get that annoying wobble that seems to be the norm on many ceiling fans. The Haiku is also one green machine – Energy Star ranked it as the world’s most energy efficient ceiling fan, while Popular Science deemed it the world’s quietest. Both great features. 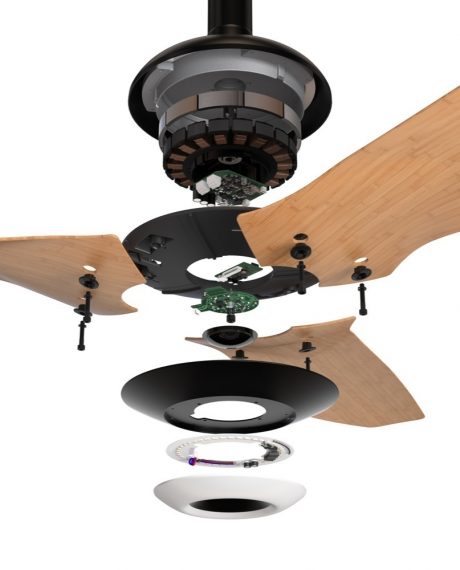 Forget those pull chains, with the Haiku, you can actually use your smartphone to control its seven speeds and lighting. The fan sports an optional LED light that can be dimmed to 16 different brightness settings.

It’s one thing to have great looks, but when there is brain power to go along with it, you might just have the perfect package. According to a Big Ass Fans representative:

SenseME automatically turns Haiku on and off when you enter or leave a room. SenseME also monitors a room’s temperature and humidity then adjusts the fan’s speed when conditions change. (For instance, when the afternoon sun heats up a room, SenseME speeds up Haiku so you feel just as comfortable.) The technology also learns your personal comfort preferences, so future speed adjustments are always in the range of what you find comfortable.

SenseMe adds $150 to the cost of the Haiku. Before you get all up in arms about costs (more on that at the end of the post), keep in mind the Haiku with SenseMe tech is built at Big Ass Fan’s manufacturing operations in good ol’ Lexington, Kentucky.

Big Ass Fans recently announced that the Haiku with SenseME now connects with the Nest Learning Thermostat to help you save up to 30 percent on air conditioning costs.

The air movement from Haiku with SenseME makes you feel cooler than the temperature in a given room, and that cooling effect allows you to raise your Nest Thermostat setpoint. For each degree raised, you save up to 5 percent on cooling costs. SenseME’s app suggests higher Nest thermostat setpoints and lets users easily make the change from within the app.

The general idea here is that you use the SenseME app to tweak the Nest thermostat higher than you normally would, (thus saving energy), but you still stay just as cool and comfortable. According to Big Ass Fans, each degree you raise the Nest Thermostat saves you a hefty 5 percent on cooling costs. In some areas, (Phoenix, are you listening?) those little changes can amount to some serious coin in your utility bill.

The Haiku ceiling fan starts at $895 and goes up from there depending on the options you select (of which there are many). At that price point, these aren’t going to find their way into every home. If you are a regular AC user and you use the SenseME and Nest integration, it’s worth noting some of your costs should be offset by increased energy savings. If you’re looking to make a dramatic visual statement and bring your ceiling fan into the modern age, The Haiku ceiling fan with SenseME technology and Nest thermostat integration is a compelling smart and sexy product.