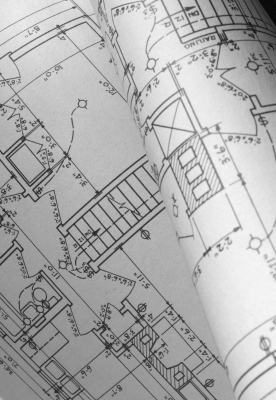 Hiring a contractor is really pretty easy. Get out your Yellow Pages and go to the section called, “Crap.” On that page, find the “Don’t Give A” category and simply pick the first person. Once you call them ask, “Are you breathing?” If they answer in the affirmative, hire them on the spot. At that point, you probably should give them the name and address of your worst enemy.

However, if you’re planning hiring a contractor for your own house, don’t do the above. You want quality, and often times that’s found through carefully vetted referrals, or a contractor rating service like Angie’s List.

You want it done right the first time. You only want to go 20% over budget, not 100% over budget. You want to actually be on cordial speaking terms with the contractor after the job is wrapped up.

Insurance is Key
In some areas of the country, it’s not required that the contractor have insurance. You could move to an area where sanity rules or simply pick a company that has comprehensive liability, even though it may not be the law in rural who-zee-whats-it county. Your contractor should also have Workers Comp for their employees. This is for your protection. Some contractors sub-contract. That keeps the main man (or woman) from having to cover that which flows downstream. Considering that’s the case in this example, you want to see all insurance papers from every sub the boss will use. Why? A worker who hammers their ear to the ceiling, uncovered by workers comp, could legally make you pay for a whole new ear. Keep in mind, we’re not lawyers, but suffice it to say its best to work with folks who are properly and well-insured.

What’s In the Box?
When you’re getting a quote, request one that’s itemized. The Bottom Line has the potential to grow new spokes. Ensure that you have a clear vision of what is being charged every step-of-the-way. The contractor already has to do a line-by-line analysis. If they don’t, are they pulling the estimate out of their whatchamacallit down there? If you get a hard time on this, wait a moment. The red flags will begin to pop-up in a second.

How Long Will You Be Camping Out?
Fortunately or unfortunately, unlike the inhabitants of Black Holes, we have this thing called “time.” You don’t want your project to fall into a Black Hole which then stretches the space/time continuum to infinity. Get a real timeline, in writing. What are the workdays like? Find out the days and hours you can expect from the crew. Ask when you’ll be paying a portion of the whole assignment, which are called milestones. How long is this going to take from spec to finished project? Run the other way from anyone that wants you to pay a significant percentage of the project up front (that percentage is regulated in some states).

Round up the Foreman
Hiring a contractor is like buying a Mayor. Your Mayor is the political end of the undertaking. What makes the city really function are the people who oversee the important stuff. Like the Public Works Director and the Chief of Police. That’s why you want to meet the foreman for your job. Go to the jobsite where the person that is the equivalent of both the Public Works Director and the Chief of Police is keeping watch. You want them vigilant and on their game. The job foreman is your link to the people who, occasionally, nail an ear to the ceiling.

Ch-ch-ch-changes
Nobody is perfect. Unfortunately, when doing a remodeling gig, strange things reveal themselves. The wall that needs to be demolished turns out to have a hive of bees and a honey processing plant between the sheets. Another common phrase heard around a site is, “So, that’s where Grandmother went.” How will the contractor handle surprises? Work out the process for modifications before you lay your mark on the contract. And on the change order, same as the itemized estimate, get a break-down of what it will take, how long it will take and what effect will it have on the overall timetable.

After the Love
The task is done. Looks pretty good on completion day. Smiles all around. Handshakes are exchanged. The dust has not only settled, it’s been removed and all that’s left is to wave good-bye. Tomorrow, however, something happens. Did the remodeled room shift 45-degrees over-night? Most states have laws that put a time limit on how long the work is covered. Find out before you begin to hold hands with the contractor what these restrictions might be. Most contractors are good people. They have a momma. They’re church-goers. They like dogs or ferrets or other cuddly mammals. Nonetheless, sometimes saints don’t have a guarantee that their wings won’t detach after lift-off. Make sure your demigod offers some type of after-the-fact protection, in writing. True “good guys” will exceed the written warranty. That’s why they’ve reached sainthood. Bless them and pass the bucket of nails.