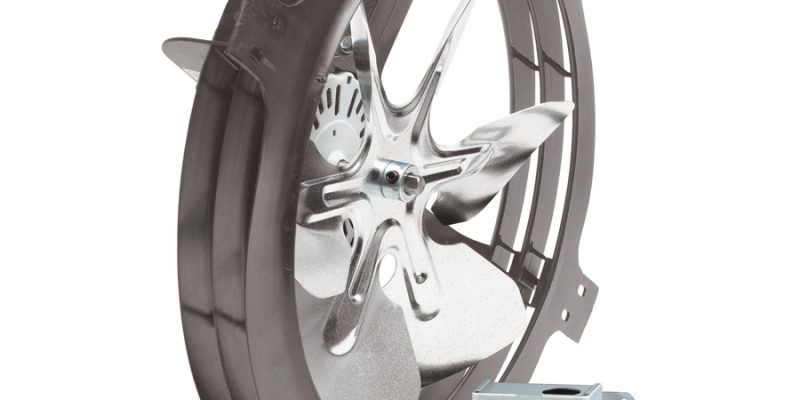 As a preemptive strike against the days of Hades better known as summer I (with some help) decided to install an attic fan. This post is coming a bit late in the season, but even if it doesn’t save you this year, it might be motivation for next summer. It seems that during the summer, Satan vacationed in our ancient attic. Apparently the views are to die for… Get it to die for… Anyway, the attic fan is supposed to reduce costs of cooling up to 30 percent and reduce the temperature in your attic by nearly 50°F. So if we consider a monthly cooling cost of $150 USD during the summer, the savings could be as much of $45, or, buy 2 months get one month free AC. Attic fans also tout the ability to remove excess moisture from the attic, thus better preserving your roof. Not bad for what looks like an over-sized computer fan.

Besides cooling in the summer, increased ventilation can benefit moisture build up in the winter. As warm air rises into the attic it is met by the cold air and causes the moisture to condense. This moisture can build up on the exposed wood or nails and cause rot or rust.

There are a couple of varieties of attic fans both passive and motorized. Roof mounted attic fans can be passive or motorized. Passive attic fans allow hot air to escape the roof through hot air rising as their twisted arms spin. Motorized ones do the same but increase the flow by increasing the air current. It does require you to cut through your roof and to boot, flash and reshingle around the fan. That’s cool and all, but I ain’t got time for that!

So, we settled for the window/gable fan. Technically, it is meant for a gable vent but it works well for an attic window too. It helps that even though our attic window was manufactured when Fred and Barney were still peddling their car with their feet, they still slide open and can remain open, thus allowing actual air flow through the attic.

The attic fan has done wonders for keeping the house cool this summer but alas, I am not entirely sure if I can credit the fan for it all. You see, this summer has been cooler than previous summers. We have not even had to run our air conditioning that much. Perhaps if I continually install products to make the house cooler the summers will remain cool. I think I see a solution to that whole global warming problem! For a gritty DIY video perspective on this type of project, check out the video below (however we strongly advise following manufacturer’s installation recommendations):