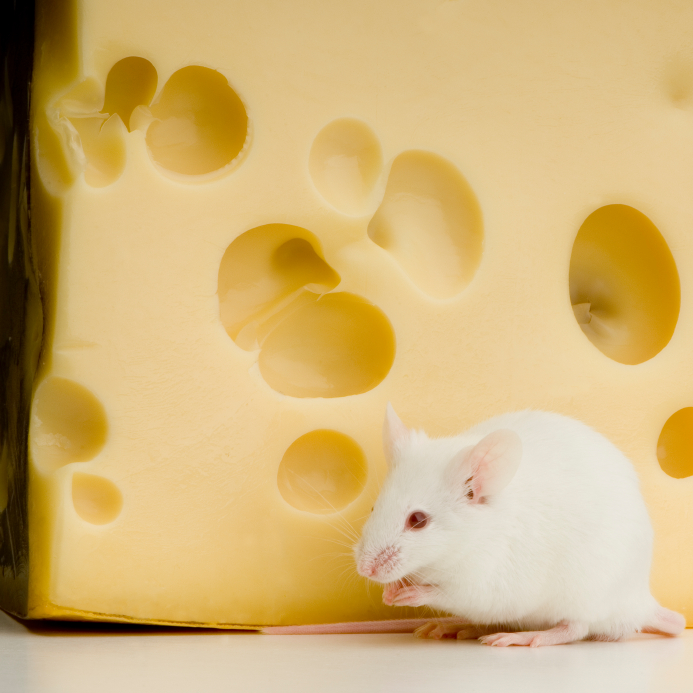 My wife has been hearing things. At first I was alarmed. Then she told me it wasn’t voices telling her to kill me in my sleep. Instead, it was thumps, dragging and scratching sounds. “Did we forget to take our daughter out of timeout in the closet again?” I asked nervously. My wife then informed me the sounds were coming from the crawl space and inside the walls. I breathed a sigh of relief. That eliminated timeout as the issue, and saved us from an awkward talk with Child Protective Services. Since our house wasn’t known to be haunted, I ruled out a poltergeist too. Given how small the access is to the wall with the scratching sounds, I settled on mice as the likely culprit. What follows is our semi-definitive guide to catching mice humanely.

What To Buy
After doing some online research and sifting through reviews of various live-catch mouse and rodent traps, I headed to my local Lowes. There are four things you’ll want on your shopping list for this project (unless you already have them):

I have to say I’m a little disappointed in the big box stores when it comes to humane pest control marketing. The rodent control wall at Lowes was a towering, expansive array of poisons and various mice torture/kill devices. They ranged from yummy poison squares to glue traps that adhere the mice to a pad until they die of starvation. Have you seen mice? They’re really cute (until they eat the wires in your wall). I thought this would also make a fun little project for our four year old daughter, and I didn’t really want to explain why daddy was snapping the necks of our cute little friends.

Step 1 – Cut-Off All Means of Entry (and Escape)
The last thing you want to do is create a revolving door effect with the mice you catch. Do a careful perimeter check and look for holes around pipes, utilities, etc. Make sure any vents are also rodent proof. Keep in mind mice can climb shrubs, trees, gutters, utility lines, etc. so don’t assume your second story is safe. Carefully secure wire mesh around any openings using a staple gun. Mice are small, so don’t underestimate what they can squeeze themselves into. According to Tomcat Rodent Control, “Rats can squeeze through a hole about the size of a nickel while mice can fit through a hole smaller than a dime.” Protect accordingly. I found steel wool handy for some of the smaller gaps. You can find more detailed Rodent-Proofing Strategies from the Tomcat, the company that makes the live catch mouse trap we used.


Now that you have your home secured you can be assured your little friends won’t just be living at your house and dining out elsewhere. If they’re not already munching on your food, expect them to be soon. It’s time to bait your trap. Peanut Butter seems to be almost universally recommended. After 24 hours without our first catch, my wife started to question the peanut butter bait strategy. She suggested we supplement the bait with cheese. This seemed perfectly reasonable until I asked what cheese we had. “We have some Brie.” she said nonchalantly. “Brie?!!” I exclaimed “There is no way in hell I’m feeding our mice brie!” While this might have been an opportunity to further enhance my Karma, I could not bear the thought of those little critters dining better than I do. It was a strong, territorial reaction, I know. Ultimately we experimented with both peanut butter and some (non-gourmet) cheese. Peanut butter was far and away the clear winner, don’t waste your time with anything else.

Step 3 – Trap Placement Strategy
We placed two traps to maximize our chance of success and learned a couple lessons in the process. The second night after we sealed up the house, we woke to discover mice had snuck into the cabinet under our kitchen sink and had a field day with our trash scraps. It was the first time they had ventured inside. We learned to remove any other source of food in known mouse haunts so that the food in the trap was their only option. Once this strategy was in place, we started catching mice. We had much more success in the kitchen than in the crawl space. The trap in the kitchen was also a lot easier to check. My advice is, if you have an area of known mouse activity inside, stick to placing your trap along a wall there and save yourself some trips to the crawl space or attic. If you’re using the same style trap as we did, you’ll also want to be sure to set the trap on a level, smooth surface. That helps eliminates false-trips or trap doors that fail to close.

Step 4 – Checking Your Mouse Trap
It definitely defeats the purpose of humane trapping if you forget to check the trap and your poor little mouse starves to death in a lonely, fecal-filled plastic tube of doom. Leaving the mice in the traps long also increases the chances they might nibble their way out (something a few people using this style of mouse trap reported). We checked our traps several times a day and surprisingly caught quite a few during daytime hours. If the door to the trap is closed, there’s a good chance you’ve caught a mouse!

In our case, we have a little open field across the street. I did the first release honors, donning gloves in case we accidentally trapped a wild, rabid, miniature chupacabra. Instead, I popped open the door and after a brief pause, a cute little mouse launched out of the trap and to freedom. Sure he might be lunch for the local cat or a hawk, but I’m OK with that. On catch number two we decided gloves were overkill and my daughter took the honors.

This little friend was so fast I missed catching a pic, but my daughter had a blast letting him go. After we kept catching more mice there was some debate about whether the same mouse was somehow sneaking back into our house for a new snack each day. Mice brains aren’t very big, and they are essentially taken blindfolded to their release point. If you’re paranoid on this front, you could always take your captured mouse for a drive, spin around in circles a few times and make sure the mouse doesn’t have GPS going on his iPhone before releasing.

Don’t Assume You Got Them All
After our first catch, I was basking in the glow of a successful hunt and capture. It’s easy to let the rush of mouse hunting go to your head at this point. Don’t get cocky now. Set your trap again and wait. In our case, we caught five mice in the span of one week. We had a steady flow of one catch a day, but your results may vary. We left our trap out another five days or so before declaring mission accomplished. On a side note, definitely do not declare mission accomplished with any fanfare (like on an aircraft carrier), you’ll only be humiliated by more mice if you do. According to Wikipedia, “The average gestation period is 20 days” and, “The average litter size is 10–12 during optimum production.” That might explain why we found more signs of mice after our victory declaration.

Despite being cute, mice can leave an impressive distribution of poo and pee, often on things you normally like to eat. They’re also infamouse (get it?) for nibbling on wiring, which can make for a very spendy repair job if you have to dig into any walls. Our mouse-trapping adventure wound up being a success, and we hope with a little help from this article, yours will too.

At around $8, I was skeptical our Tomcat Mousetrap would work. I was even more skeptical when I felt how easily both the bait door and the trap door opened and closed. Despite the skepticism, the trap performed remarkably well. I can’t really imagine it having worked any better. You can find the Tomcat Livecatch Mousetrap 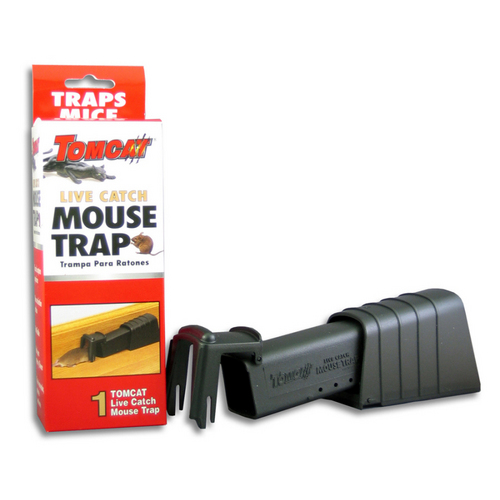 for about $4 on Amazon, roughly half what we paid at Lowes. Whatever you do, don’t bait your trap with Brie though!