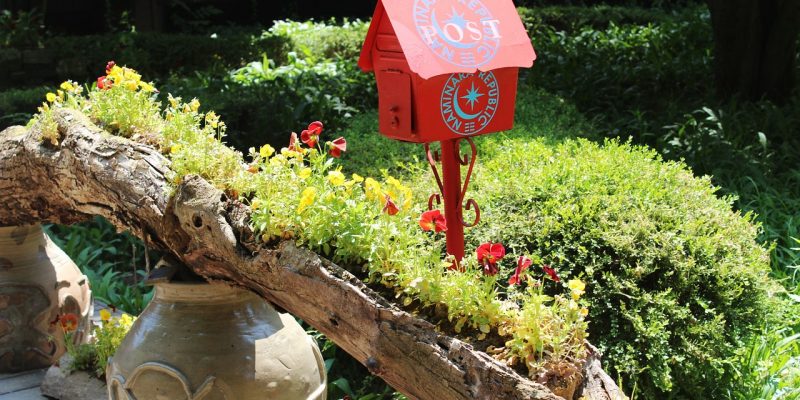 One way to perk up an uninteresting mailbox is to add some colorful flowers, tasty herbs, or even vegetables to the existing structure. While some mailboxes do indeed come with planters attached, homeowners can easily add a small garden area beneath their existent structure or jazz up the utilitarian device itself with little effort. Like Billy Flynn said in Chicago. “Razzle Dazzle ‘em.” Because if you throw the neighbors a fake finagle, they’ll never know you’re just a bagel. Or something like that. You can step up your mailbox appeal and curb appeal with minimal gardening effort.

Adding a Planter to Your Mailbox 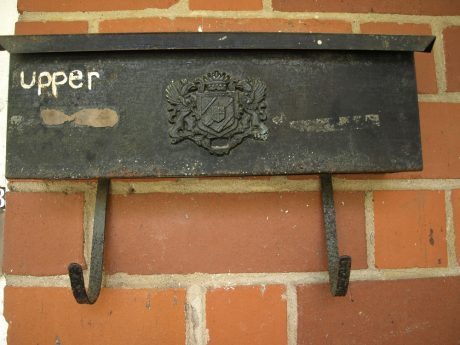 There are numerous mailbox planters on the market but improving the one you already own is not that hard if it is a wooden structure. After all, not a lot of mailboxes come with pre-made trellises. But it is really easy to affix a wooden grating to the side of a wooden mailbox post using screws or cable ties, and even a messy job will be quickly covered up when the plants start blooming.

I once covered a post in wire mesh so that I could run starflower vines up it. The setup worked out okay as a support but aesthetically it would have been better I had used something stronger than twine to tie the contraption together. As it was, the grate around the post ended up as a flat screen. So, if you want to try this out on your own, I’d suggest using cable ties or strong wire to keep it from falling apart.

You could also put a simple square or circle hedging material such as bricks around the box then fill the area full of flowers. Just remember to keep the tall plants in the middle near the box itself and the shorter ones in front. Another idea is to move some containers underneath the mailbox for a quick and easy design. If all else fails, try incorporating a plant hook and a hanging basket into the design scheme. 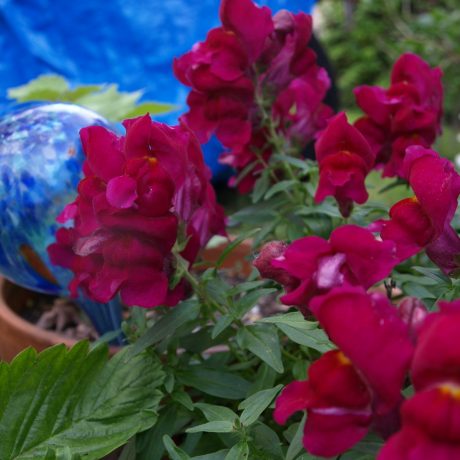 Vertical plants such as snapdragons, Gerbera daisies, canna lilies, and sunflowers look particularly striking alongside the classic mailbox set up. Trellised letterboxes are similarly good candidates for grapevines, mandevillas, and jasmines as well as more delicate annual climbers like starflower vines, sunflower vines, and sweet peas. You could even plant regular peas if the site gets enough sun and doing so would have the added bonus of completely confusing your neighbors. Despite the fact that I live in suburbia, a house some streets over had a large row of sweet corn randomly growing in their front yard. It was baffling and cool all at the same time.

To avoid plants that are either so brown they could be a potato or so yellow-green they could be seasick, be sure to pick specimens that are suitable for the light conditions at hand. Hostas and ferns are often recommended for shady spots but toad lilies, trilliums, and violets are a good way to add some flowery pizazz to darkened corners.

Mailbox sites that are a long way from the main house and lack irrigation are a good place to plant specimens that are native to or have naturalized in a particular area. After all, if the mailbox is incredibly far away from the house, you don’t want to be lugging water out there on a regular basis and you probably don’t want to bother with something fussy that ends up looking scraggly because you constantly forget about it. Just be sure to investigate the locally invasive plants first to keep from accidentally helping them with their hostile world takeover efforts.

It goes without saying that indigenous plants are usually lower maintenance than imported varieties. These species are more resistant to local pest and weather conditions than their contemporaries. Because they are in tune with the local ecosystem, they generally don’t have to be watered as frequently as other varieties might. Succulents and herbs are also good low maintenance choices. Just be sure to avoid the ones with sharp spines or rough edges.

Speaking of which, unless you want to irritate your mail carrier, it’s probably a good idea to refrain from putting thorny or spiky plants near the letter box. After all, you don’t want to antagonize the person who brings you party invites and new credit cards, even if they are also the same individual that keeps delivering all those pesky bills. Holly, pineapples, bougainvilleas, large cacti, and thorny citrus plants are all plants with edges that can do some serious damage at close range. So do your mail person a favor and leave those thorny types out of the equation. Besides, you and your family also have to traipse through or around the spiky forest to access your mail, bills and all, so why make it harder on yourselves?