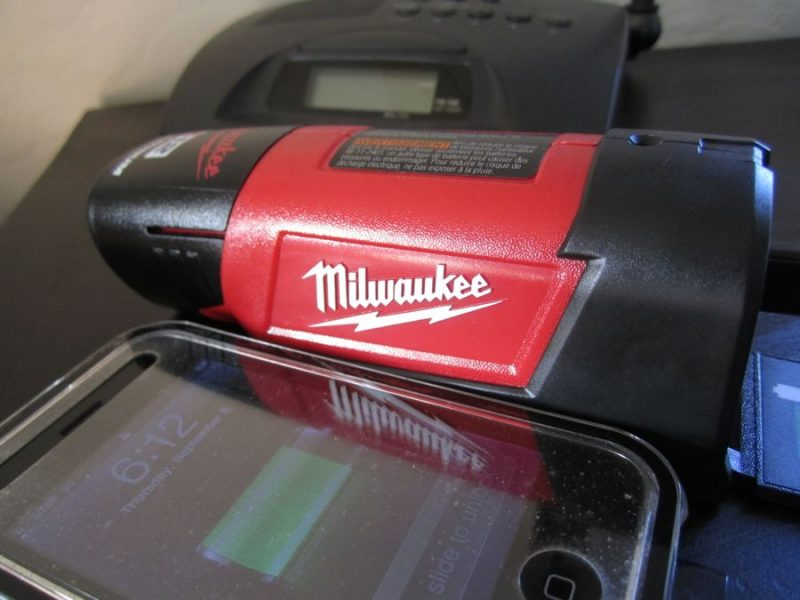 Yesterday afternoon the power went out here in our nook of San Diego. Just as I started to investigate what the cause was, my wife called me from her work about 20 miles north of here. It turned out her power was out too. It quickly became apparent that a massive power outage had occurred effecting millions of people in the Southwest. What followed was a multi-hour grid-locked traffic jam as people struggled to get home while all traffic signals were out. My wife’s 30 minute commute to pick-up our daughter and head home turned into a four hour saga. Props to AT&T for being one of the few cell services still functioning. Props to Milwaukee’s 12v Power Port for keeping my only connection to the outside world alive.

Once the scope of the Electrapocalypse became apparent, I started to do an assessment of available resources. During the crisis, the cell phone quickly became an essential source of not only info (I had limited internet connectivity, but friends texted news updates to me), but it also became a vital link to my family as we attempted to rendezvous back home. With rumors of the Electrapocalypse stretching into days, my aging iPhone’s battery wouldn’t make it far on its own.

Luckily, Milwaukee had just recently sent out their 12v Power Port for review. Described as being able to fully charge five devices on a single charge, I was confident my three fully charged 12v Red Lithium batteries and the Power Port would keep my lone high tech survival gear going no matter how long the outage lasted. The 12v Power Port is a relatively simple device, but when you need it, you’ll be very grateful it’s on hand. It’s bad enough to start living like the 1800’s (no Internet, going to bed early, no power tools, etc), the last thing you want is to lose your cell/smartphone too.

The Milwaukee 12v Power port accepts a 12v Milwaukee Lithium Ion battery on one side and has a flip-down lid on the other side which exposes a 12v car-style input and a usb port. These two ports will let you charge devices like cell phones, gps units, mp3 players, cameras, etc. The Power Port is useful not only for Electropocalypse-style events, but also for more mundane things like travel, or just long hours on the job when your gear needs another hit of juice. 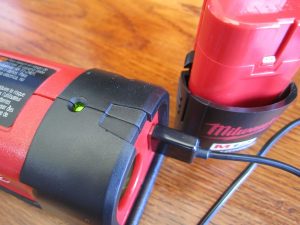 A small led on the top gives you an approximate charge indication. Solid green means you have 11%-100% charge, slow blinking green = 1%-10% and fast blinking green means less than 1%. Despite powering up my iphone a couple times, I thankfully never got past solid green. With my two other 12v Red Lithium batteries to spare, I knew I could juice up quite a few phones over the next several days if needed. As you might guess from this article showing up the day after, our power was restored in the middle of the night.

Here are a few tips to consider for dealing with emergencies, power outages, natural disasters, etc. :

If you have some disaster preparedness and survival tips of your own, please share them in the comments below.

Oh, and last but not least, you should buy a Milwaukee 12v Power Port. It’s on sale for just $29 from our sponsor Ohio Power Tool!