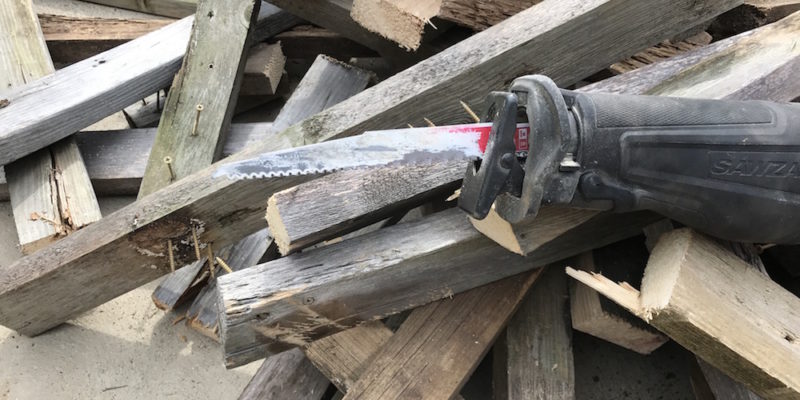 This post is sponsored by The Home Depot. Every year, the tool-making folks from the Cheese state host a huge event, where they unveil the latest and greatest in the world of RED tools. I made the trip to Milwaukee last year, and by the time I left, I was overwhelmed by the sheer quantity of tools and accessories they come up with. Sexy new tools like cordless miter saws and LED lighting tend to grab the most attention, while other not-so-sexy items sometimes get overlooked. One of those items, which actually made quite an impression on me at the time, is the Milwaukee AX with Carbide Teeth Sawzall blade.

The original lineup of AX blades came out way back when, and has been the best-selling brand for over 20 years. They’re very robust, and do a great job on demo. Great isn’t good enough for the tool engineers at Milwaukee, though; they wanted a whole new level of performance. They got it by adding carbide-tipped teeth.

Anatomy Of The Milwaukee AX With Carbide Teeth

So what puts the Milwaukee AX with carbide teeth on the cutting edge? The first thing I noticed after liberating the blade from its plastic cocoon was the robust look and feel of it, just like the bi-metal AX blades. The next thing was the tooth design, which is radically different than the standard saw-tooth layout.

Like the original AX, the Milwaukee AX with carbide teeth uses an aggressive 5-TPI (teeth per inch) design, which makes for very fast cutting. Milwaukee engineered the blades to be optimized for use in cordless saws, and claims they’ll deliver up to 25% more cuts per charge.

As if Nail Guard wasn’t enough, the engineers at Milwaukee, in collaboration with their Product Naming Specialists, also came up with Fang Tip. The Fang Tip consists of two unique fang-like teeth at the business end of the blade, designed to aggressively dig in during plunge cuts, rather than skating around. And when it comes to demo, digging is much more productive than skating.

Testing, Testing, 1-2-3 – The Milwaukee AX With Carbide Teeth Plunges In

When I first saw the new Milwaukee AX with carbide teeth in action, my take on it was “Holy crap – that’s the blade I want in MY recip saw!” The action I saw consisted of a couple of demonstrations set up at the Milwaukee New Product Symposium. In the first one, a single Milwaukee AX with carbide teeth was used to make repeated cuts in doubled-up 2x4s. A LOT of repeated cuts. By the time beer o’clock rolled around, the single blade had made 1,140 cuts!

In the second demonstration, the Milwaukee AX with carbide teeth was pitted against carbide blades from two top competitors, who were allowed to remain anonymous to preserve their dignity. The testing ground was a simulated blade-killing roof composed of asphalt shingles, 3/4” OSB, pressure treated 4x4s, and ½” stainless steel rod. The AX whupped up on the other two blades; one of them couldn’t even complete the challenge:

In testing conducted by Milwaukee, the Milwaukee AX with Carbide Teeth made more than 1,500 cuts in nail-embedded wood. Impressive as that is, it also made up to:

On its product page for the Milwaukee AX with carbide teeth, Milwaukee has more information, and a couple of interesting videos. For an entertaining look at some of the other items this blade can demolish, check out the “This AX can really cut!” video, from our friends at Pro Tool Reviews, near the bottom of the page.

Making The Sawdust And Sparks (And Sewage) Fly

My first use of the Milwaukee AX with carbide teeth, on a particularly stubborn lav drain, was not at all entertaining. The drain was corroded, and trying to remove the nut just rotated the entire piece. Using a big screwdriver and channel locks was slow and painful, so after spending 20 minutes using up my patience and most of my vocabulary of colorful plumbing-related phrases, I decided to give it the AX.

I stuck the Milwaukee AX with carbide teeth in the Sawzall, wriggled my way back into the vanity, and a few seconds later, my troubles were down the drain. Note: eye protection is strongly recommended, especially when doing this kind of crappy work, as nasty-smelling black sludge splattered everywhere.

Next up was the dismembering of a large old 2×4 shelving frame. I used the Milwaukee AX with carbide teeth to cut the wood into bite-size pieces, suitable for fire pit fodder. There were several embedded construction screws, which didn’t bother the blade one bit. The resulting pile is shown in the opening photo.

Its next mission was helping out with a header installation. We were opening up a load-bearing wall to create a closet, and needed to remove four studs and relocate one. Using the Milwaukee AX with carbide teeth in a Makita recip saw, we sawed across flush with the bottom plate, going through the thick old nails with no problem. We then levered the studs out, and cut off the nails protruding from the top plate. The blade dug in and cut right through, rather than skittering around on the nails as sometimes happens with standard saw-tooth blades. After the header was in, we used the saw again to cut out the bottom plate between the jack studs.

The next playground for the Milwaukee AX with carbide teeth was demoing a pantry to enlarge a kitchen. We used the Makita saw again, and I’m happy to report that once again Teal and Red played very nicely together. We used the blade to cut out studs from the top and bottom plates, remove the door frame from the wall, and cut out portions of the ¾” plywood walls and shelving. The Fang Tip feature worked very well – the tip dug right in, and making the plunge cuts was quick and easy.

Its next mission was to cut through a couple of carriage bolts and galvanized brackets holding a sliding-door track to a soon-to-be-demolished barn. I also cut up and removed a bunch of 2×4 and 2×6 shelving supports, and cut through nails to remove several hanging supports attached under the joists. All of the projects mentioned were done using the same blade. When all the work was done, the AX was still ready to party on.

Is The Milwaukee AX With Carbide Teeth Worth It?

A Sawzall blade is an item many of us rely on frequently, if not daily. If you’re like me, though, you don’t spend a whole lot of time thinking about your blades. First off, that would be kinda weird. Beyond that, I’ve usually got several other things vying for my limited time and few remaining brain cells. One time I DO think about my blades, of course, is when they’re too trashed to cut any more. Then my thinking is something on the order of “$#!^ – I hope I have another blade.”

The durability of the Milwaukee AX with carbide teeth cuts way down on the time I have to spend thinking. About blades, anyhow. I love their ability to cut through pretty much anything, and still have that “Thank you sir, may I have another?” attitude.

I’m a long-time believer that you get what you pay for. I quit buying cheapo reciprocating saw blades years ago, after watching too many of them bend or lose half their teeth on their first outing. The Milwaukee AX with carbide teeth is definitely pricier than a standard bi-metal blade, but pretty much on par with other carbide-tipped blades. Having seen what they’re capable of, and how long they last, it’s easy to justify the price premium. On a personal note, I like the fact that they’re made in the U.S.A. 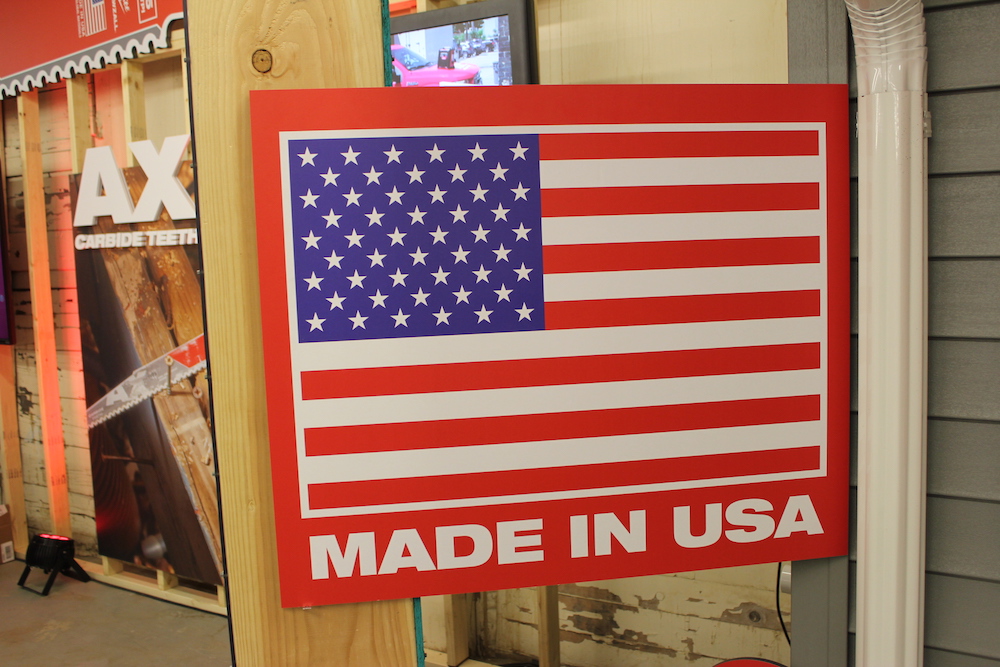 They can cut through pretty much anything, and it takes a long time – and a lot of abuse – to wear them out. Instead of a 10-pack of standard blades, I can now toss in two or three of the Milwaukee AX with carbide teeth blades, and know I’m ready to slice and dice anything that gets in my way. And I’ll have peace of mind, knowing I wont be embarrassed by having something stuck between my teeth. Milwaukee AX with carbide teeth blades are available in 6”, 9” and 12” versions at the Home Depot.

Buy the Milwaukee AX with carbide teeth in various lengths and quantities for $19-$35: