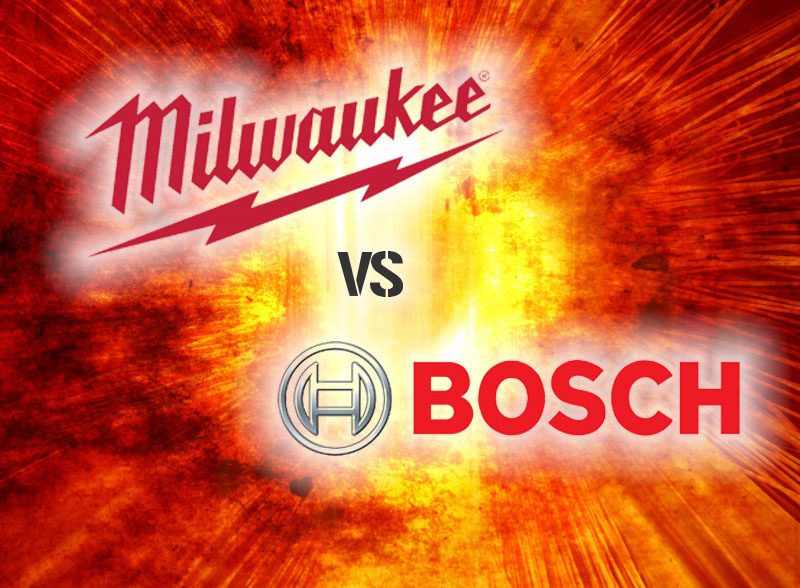 Imagine if you will; two of the top tool companies hold independent events to unveil their latest tools and top-secret future plans to an elite cabal of the industry’s most exclusive media members (and HomeFixated). Now, imagine that these two companies hold their events the same week. OK, now imagine those companies are Milwaukee and Bosch. One event on its own could blow the mind of most tool junkies. Two events in one week could only be described as a cataclysmic reorganization of the tool/time/space continuum. The power of these two industry giants releasing information in the same week might send shockwaves through the industry that reverberate for eons. Tradespeople might cheer, or even be moved to tears. Competitors might be crushed or left scrambling to catch up. Life as we know it, may cease to exist. But how, my dear HomeFixated reader, can someone outside this inner circle get access to what’s new, exciting, and earth-shattering from Milwaukee and Bosch?

One option, is to wait patiently outside your favorite tool store for the next several months, carefully monitoring any new products that turn up on the shelves. This option is comparable to Apple fanatics capmping out a day before a new iWhatever launch. The big difference of course, is that you’ll be camped-out for months on end, and you won’t get an iPad Mini at the end of it. For most people, this kind of 7 day a week retail surveillance just isn’t practical. Fear not. Your other option will embrace you in Milwaukee and Bosch’s circle of trust, where you’ll bask in the glow of warm power tools. It will bring you so close to the latest tool technology that you’ll swear you’re one of those media insiders. Naturally, I’m suggesting that you carefully follow the HomeFixated twitter feed, @HomeFixated.

“I’m too old for Twitter”, you say. “I just don’t get Twitter” or maybe, “Isn’t Twitter just where people talk about what they had for breakfast and which celebrity died that day?” Enough with the excuses my friends! If you want inside access, it’s either stakeout your local tool retailer for months on end, OR, get hip to Twitter and watch HomeFixated updates this week like Mark Zuckerberg watched Facebook’s share prices on IPO day.

Some of you may be aware that Milwaukee and Bosch are competitors. Some might even call them rivals. Others might say they are bitter enemies, sworn to allegiance of their respective colors, vowed to decimate the other with superior tool prowess, stopping at nothing to crush the opposition. In this fierce competition, it’s possible some tool companies become a bit sensitive. At times, these giants might even conclude the media is favoring one company over another, tipping the tooliverse’s precarious balance of power. In fact, right now, someone from Bosch read the title of this post (which leads with the Milwaukee name and has a conspicuously red graphic). They immediately picked up the hotline phone to Bosch’s mothership in Deutschland; “Scheisse! HomeFixated liebt Milwaukee und nicht Uns!” Translation, “HomeFixated has shamelessly fallen for Milwaukee, lost all editorial integrity, and has discarded Bosch like a 1980’s NiCad battery pack!”

Do not fear, my Bosch friends. HomeFixated is here to cover both Bosch and Milwaukee with unbiased and even-handed attention. In fact, just to set your mind it ease we have a second version of this article’s graphic just for Bosch. You’ll notice the explosive graphic is now blue, and Bosch appears at the top. 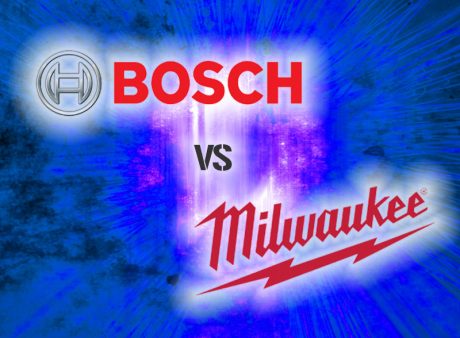