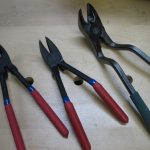 The following review of the Staple Jack, Nail Hunter and Nail Jack Pro will attempt to address a terrible inequality we’ve found in the world of home improvement and construction. It seems that just about everyone covers tools and products designed to put nails and fasteners into things. Hammers, nail guns, staplers, powder actuated nail drivers are all covered online. But what about fastener removal? Can you hear the crickets? Has the entire media forgotten that we frequently have to remove staples and nails too? Oh sure, there’s a random crowbar article here and there, but it’s window dressing! To address this “fastener insertion” media bias, we’re reviewing not one, not two, but three “fastener removal” tools; the Staple Jack, Nail Hunter, and, the ultra beefy Nail Jack Pro.

At this year’s National Hardware Show, we stumbled (literally? It was in Vegas) by the Nail Jack booth. Michael Foley of Nail Jack enthusiastically showed us their lineup of tools geared to remove everything from the tiniest brad and staple, to the most stubborn framing nail. Nail Jack sent us a trio of their tools to review, all in the interest of overcoming “fastener insertion” media bias of course. It’s also nice to see a tool company not taking themselves too seriously, as you can see in this video. It’s a brave stand in the battle against “fastener insertion” media bias:

First, a few words about what they have in common. Most people use the claw end of their hammer to remove nails. That works fine if you have a protruding nail with a well defined head on it.

Even then, using the claw often results in damaged wood that results from wrenching the hammer head into the wood. And if the nail is flush or counter-sunk, removing it with a hammer claw is like trying to floss your teeth with a piece of climbing rope. It’s just not going to happen. Nail Jacks address that issue with an integrated hammer strike area which enables you to drive it’s pointy ends right under the nail head. All three tools we tested are beefy enough to take some hammer abuse. Their design is relatively simple, resulting in two beefy pieces of metal that feel very precisely machined. Even the small Staple Jack has a heavy-metal, solid feel.

The Staple Jack is the smallest of the Nail Jack lineup, and it excels at removing small brads and, you guessed it, staples. Trying to remove staples was previously an awkward prying match pitting you and your screwdriver against two prongs that rarely pulled out at the same time. With the Staple jack, you actually grip the staple, making complete removal effortless. The “spoon fulcrum” design also minimizes any surface marring as you pry up those pesky fasteners. 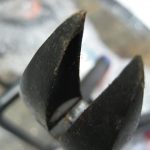 The Nail Hunter also has the unique spoon fulcrum, and adds both more heft and a clever recessed area which helps you grip nail heads. That recess feature makes it very easy to grip the nail and get some extra gripping power on the initial pulls. It also has a gripping area on the rear of the tool which can be handy for gripping the shaft of the nail once it has been pulled from the surface a bit. 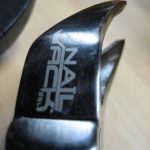 The beefiest in the lineup is the new Nail Jack Pro. If you’re serious about pulling nails, this is the tool for you. The Nail Jack Pro feels absolutely solid. The robust handles are long enough to give extra leverage, but the tool design is still such that you can do nail removal one-handed. Like the other Nail Jack tools, the Nail Jack Pro enables you to “reset”, meaning once you pry some of the nail out, you simply re-grip the nail closer to the wood and use that leverage to pry out more. Try that with your average pry bar. The Nail Jack Pro is definitely the best of the three if you’re dealing with larger nails (plus it looks pretty awesome too).

So, the next time you hear someone complaining about media bias, make sure you educate them about “fastener insertion” and how important fastener removal is. Then mumble something about “fighting the power.” While a long pry bar could still have an advantage on really stuck beefy framing nails, I’ll now reach for one of the Nail Jack tools for about 95% of fastener removal jobs. If you’d like to remove your own fasteners far more effectively than with a hammer claw, you can pick up the Nail Hunter for around $25 from Rockler.  The Nail Jack Pro should be available soon for around $35 too.