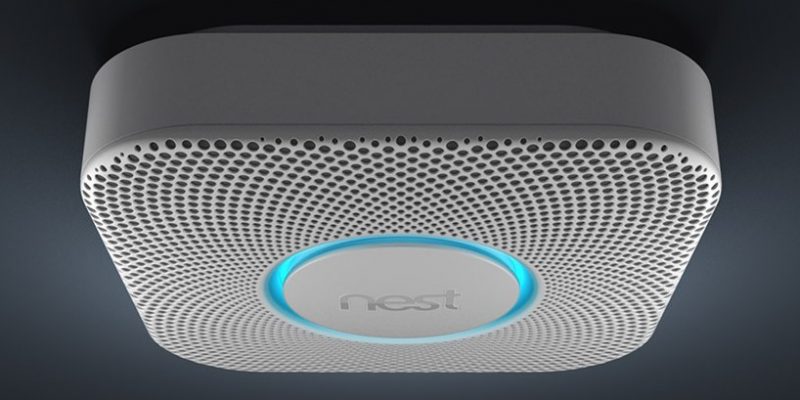 We’ve all been there. It’s 3:00 am and you’re in the middle of a dream where you’re flying like an eagle, you’ve just won the lottery, or you’ve somehow landed a hot date with your favorite movie star. Suddenly, you’re ripped from your glorious slumber by a beeping smoke detector. Various physical activities might ensue, in the following order: pushing the “hush” button but accidentally activating the “test” feature, attempting removal of the detector from the ceiling as you’re precariously balanced on a chair while half asleep, swiping at the detector with a broomstick or towel, and finally, ripping the detector off the ceiling and then Hulk-smashing it under your feet. At this point the detector will likely chirp again and you will either shoot it, or just remove the battery. You then go back to sleep with the uneasy knowledge you just disabled the main protection that stands between you and “bbq-you” if there happens to be a fire. Now, from the company spearheaded by Tony Fadell (former Apple über-genius who led the team that designed the first iPods and iPhones, who then brought us the sexiest thermostat ever), Nest is about to release a new ultra-smart Smoke and CO detector that promises not to harass you.

The new Nest Protect has more features than you can shake a broomstick at. And, thanks to its clever design, angry violent gestures reserved for your old smoke detectors will be a thing of the past. A mellow, Siri-esque voice alerts you (in English or Spanish) to whatever smoke or CO situation might be developing in your home. It will not only talk to you via a clear verbal heads-up, but it will notify you via your smart device app as well. If the Nest Protect is merely noting your failed attempts at not burning your toast, a simple wave of your hand near the device silences it. No need to risk life and limb on a chair not designed for use as a stepladder anyway. On the other hand, if an emergency is occurring, Nest Protect steps things up with an alarm and red LED ring.

The LED ring not only gives a visual clue as to the severity of any situation, it also serves as a confirmation that things are operating as expected. When you turn off the lights at night, a quick green glow means batteries are good and all is well. You can even set the LED to glow white to serve as a subtle night or pathway light. 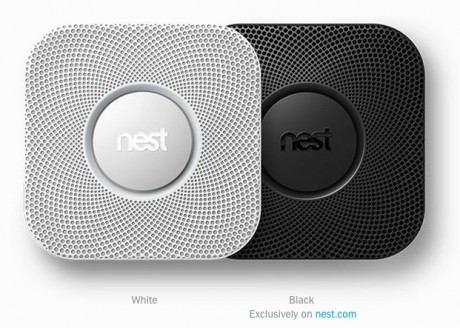 The Nest Protect is available in white and black, with the black version exclusive to Nest.com. Don’t plan to install this in your rural Unabomber-style retreat. You’ll need a Wi-Fi connection, a smartphone or tablet with iOS 5 or later, or Android 2.2+ or later, and a free Nest account. The Nest Protect even collaborates with your Nest thermostat by monitoring household activity via its built-in motion sensor.

While we haven’t tested the Nest Protect directly, it looks like a promising product based on both its company pedigree as well as its innovative features. Although priced several times the cost of most typical smoke detectors, we suspect it will do very well in the marketplace.