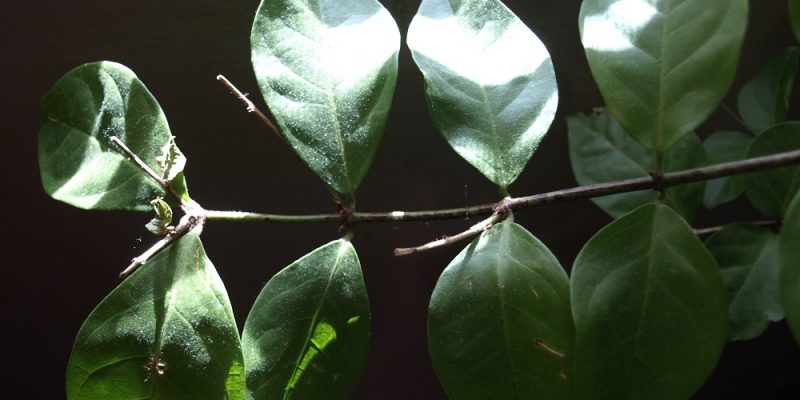 You win some; you lose some. It’s a good philosophy to keep in mind when bringing container plants indoors for the winter. Of course, there are always the specimens that you mistake for dead every year because they give such a good impression of it, but that’s another story. Or you could be like me. I have an official winter evacuation list for my garden, complete with a lowest temperature estimate for each one. I try my best to keep it updated, but inevitably some of them fall victim to weather reports that aren’t entirely accurate. It’s only preventable if you are zealous about bringing in all the plants when the temperatures get near their death threshold. But after dragging twenty containers indoors and standing outside in the dark in 40 degree weather trying to remember which one you forgot, accidents are bound to happen.

Naturally, it helps to know what to expect of a particular plant in any given zone. For example, my rosemary (Rosmarinus officinalis) collection is perfectly safe outdoors all winter but further north they wouldn’t be. My mandevilla would be a perennial in a more southerly location but it would freeze to death outdoors in a lower zone. Therefore, you must know! A good way to find out is by checking Dave’s Garden Plantfiles to see if the plant you’re wondering about is going to be able to take the ice outside. When in doubt, it’s probably better to drag it indoors rather than risk a loss. This philosophy is obviously the reason why my home looks like a jungle. (It’s even complete with wild animals!) Then again, there are exceptions to every rule. Take the tea camilla (Camellia sinensis) that I recently bought as a perfect example. It started looking crunchy in my nice warm house so I decided to research what was wrong with it. As it turns out, that is one plant that would be much happier outdoors. The more you know… 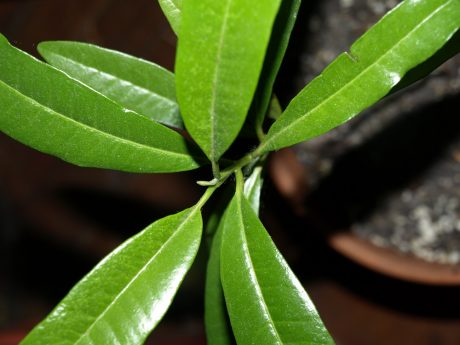 Before you drag all the plants indoors, check them over for bugs. Your best bet is to hit the plants multiple times with appropriate spray before the temperatures plummet so that they’re safe to bring inside. While I’ve had plants with severe infestations that I’ve subjected to a night or two of cold temperatures to simply do away with the creepy crawlies, that’s only a feasible idea for specimens that won’t croak straightaway. Don’t bring infested plants inside unless you absolutely must and keep them isolated if you do. Nothing is worse than nasty little spider mites spreading to every single plant that had to be brought in. Ahem. Not that I would know anything about that…

Once the bug-free plants are safely inside, you are going to want saucers for each one so that when you water them their cup does not runneth over. These handy devices protect the floor and protect you from angry landlords if you want to move out later. They also keep the plants from getting too dried out, though there are some specimens that shouldn’t sit in water and will need to be drained. The ones that come to mind are succulents, vanilla planifolia, and cactuses. No worries if you don’t have money for fancy saucers, Lowes sells inexpensive plastic ones that cost from under a dollar to about $3 for the largest ones. I’ve used these for some time and they work pretty well as long as you keep them away from people on lawnmowers, which isn’t generally a problem indoors.

Let there be light!

Light is probably the main issue for indoor plants. Too little and they turn the same shade of green that some folks get after riding the tilt-a-whirl after a long night of partying. They are also as weak and pale as those poor individuals. If placing ailing specimens near a brightly lit window isn’t working and they still look like people who shouldn’t be attending carnivals, you might want to consider looking into growth lights to keep them happy. Of course, if you’re letting your plants hang out in such locations for long periods of time, you’ll need to be sure they aren’t getting brown at the tips because that could indicate they’re getting too much of a good thing. 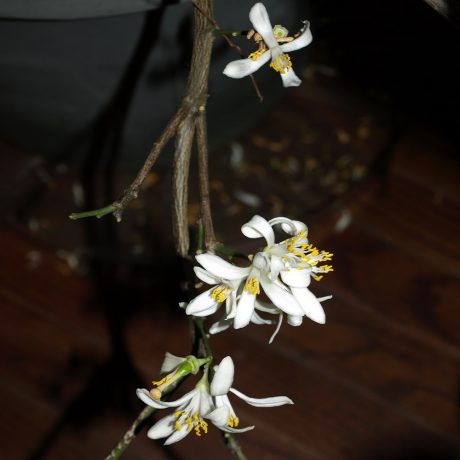 Once the temperatures are no longer at lethal levels, overwintered plants can begin to rejoin the world. It is always a good idea to gradually increase the amount of time they spend outdoors until they’re able to be left outside all day.  This helps the plants acclimatize to their new environments and keeps them from frying in the sun.

As always, happy gardening and best of luck with overwintering your own temporary jungle!