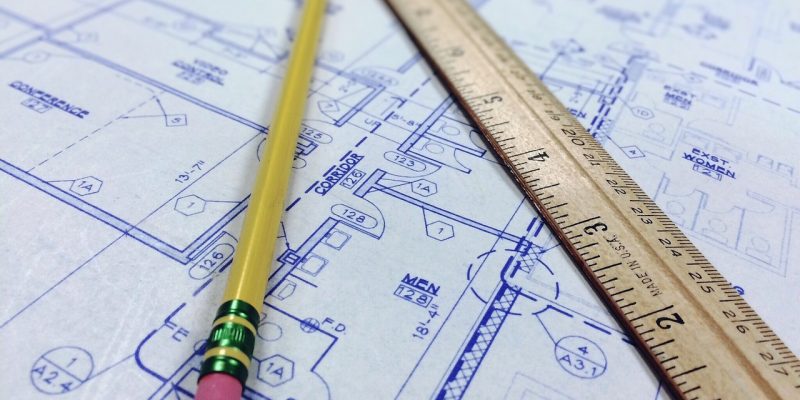 A few months ago I moved into a new house and found myself with two dogs and no fenced yard. After about a week of taking Kirby outside on a leash I was seriously questioning my sanity! What possessed me to get this dog? Was I in my right mind? Kirby is a healer so he’s constantly trying to “heal” anything that moves; cars, joggers, cyclist, if it’s moving he’s going to round it up! He about pulled my arm off several times. My last house had a fence so I didn’t have to take him out on a leash 3 or 4 times a day and we only walked in a park that almost nobody used. I knew I needed to fence the yard, and soon, because one of us, me or the dog, would not survive much more of this. So we happily began fencing the yard and on the 2nd day a city inspector stopped by to ask if we had a fence permit, um, no, seriously? I need a permit to put up a fence? So began my latest adventures in permitting and working with inspectors.

The first thing I thought was, right, this is the city’s way of getting yet more money from its citizens. So imagine my surprise when I went to city hall to pull the permit and they told me it was free! They just wanted to make sure I complied with city ordinances. That got me thinking about my past experiences pulling permits and what I’ve learned so I thought I’d pass on some insights to anyone out there that thinks they might want to pull their own permits. We’ve talked about permitting and how to “deal” with inspectors before, but this time it’s coming from a more feminine perspective.

Working with Your Inspector – Rule #1

When you go in to pull your permits and during any subsequent contact with the inspector, act dumb. This is the single best piece of advice I can give you, seriously. You should never act like you know more than the inspector and under no circumstance should you argue with them, you will not win – you will never ever win. The sooner you realize and accept that the happier you’ll be and the quicker your project will get completed. I have gotten lots of valuable information from inspectors by acting dumb; a few years ago I failed an HVAC inspection on a house and I didn’t really know why because I wasn’t present for the inspection. I called the chief inspector and very humbly asked him if he could explain what I needed to do to correct the problem, and over the phone he gave me step by step instructions on what I needed to do to pass the next inspection. You might be thinking that because I’m a woman I can get away with that, but I know men are capable of this too. I was around once for an electrical inspection previously and the inspector was questioning something in the panel. My electrician, who happened to be a man, said “I’m going to do whatever you tell me to do.” See, men can do it too!

Nosy Neighbors & Starting Off on Your Inspector’s Good Side

If you’re not sure whether or not you need a permit, ask! Every neighborhood has that one neighbor. If you start doing work that needs to be permitted you can be sure that neighbor will report you, and that’s when it gets expensive and time consuming. Let’s say you decided to finish your basement (come on, everyone knows you need a permit for this), you run new electrical, plumbing and HVAC then as soon as you get the drywall up the inspector comes knocking. At the very worst they can make you take the drywall down so they can inspect the systems, and at a minimum they may ask you to get an engineer in to OK the work – and engineers are not free.

Permitting – Timing is Everything

Don’t start the work until you actually have the permit. Most of the houses I’ve worked on are in a jurisdiction that is quick to hand out permits. I go in to the office, fill out the forms, pay my fee and walk out with my permit. But about 2 years ago I did a renovation in a newly incorporated city, they had a ton of forms to fill out and since I was moving one little non-load bearing wall and putting up another wall they wanted building plans for the entire project, then once they got all that information they said they needed 2 weeks to look it over. So I figured we would go ahead and get started, then once we had the permit we would call for the inspections – WRONG! An inspector that lived in the neighborhood drove by one day and stopped in to ask where our permit was, I said “we applied for it,” he said “but you don’t have it.” He promptly taped up a stop work order and we suffered a 4 week delay because they kept asking for more and more information. Maybe it would have taken them 4 weeks to give me a permit in the first place, I’ll never know.

When the inspector comes to inspect just stand back and listen. Don’t offer your opinion and, again, don’t argue. I failed a final inspection because the inspector said the numbers were not visible from both sides of the box, huh??? Is there anything in the code book about that? Nope. Did I argue with him? Nope. I said “thank you very much,” ran to Lowes, bought reflective numbers, stuck them on the other side of the box and passed on the next try. It cost me 2 days and $5. If I had argued with him he probably would have found 10 other, non-code related items, to cite me for.

When I followed the rules, pulling permits hasn’t really increased the timeline or budget for any of my projects. However, depending on your jurisdiction, you might not be so lucky. So if you have what it takes, i.e., the ability to act dumb (or humble), the ability not to argue or talk back when every fiber of your being is urging you to do just that, then by all means, pull your own permits, it’ll be one more notch in your tool belt!