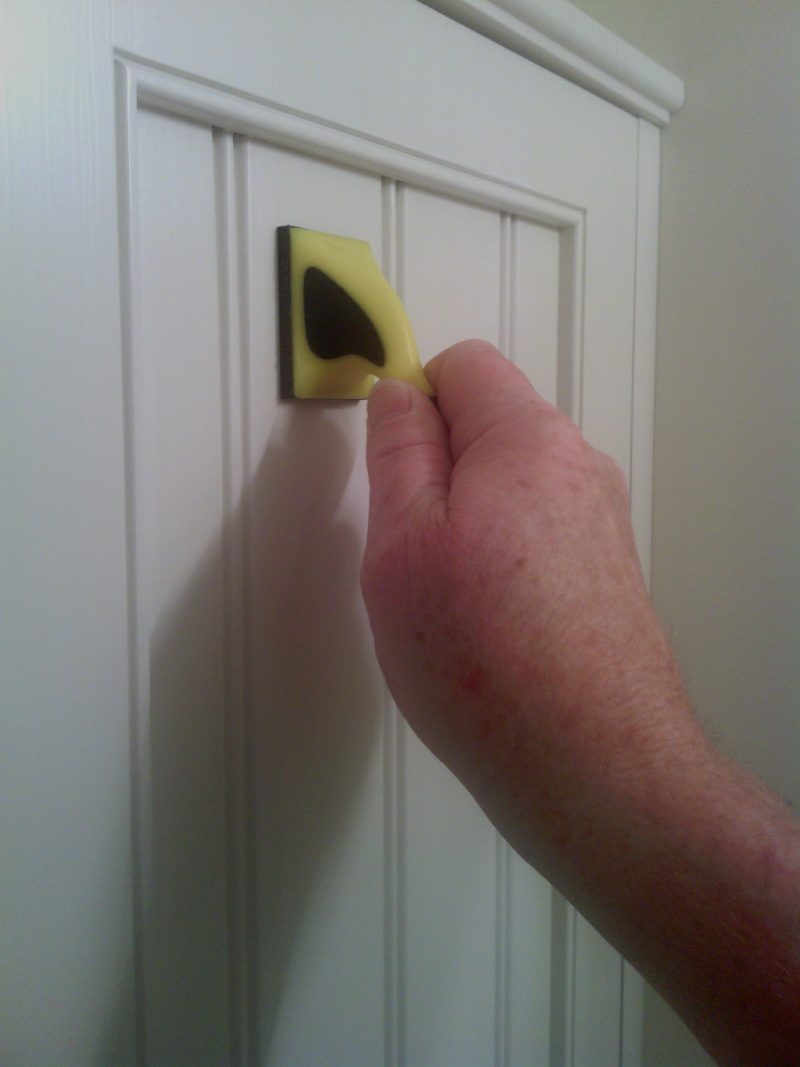 It’s been a long week. And it’s only Tuesday! These happen now and then. The ebb and flow of life means you will traverse the highs and lows and the peaks and valleys as you approach your final destination. One hopes the final destination is later than sooner, of course. But a bad week doesn’t mean you have to throw in the towel and give up the ghost. Grab a cold one, toast to the fact you woke up this morning at all, and get on with your life. Pretty heavy stuff from an ol’ wood butcher, don’t you think?

After my second cold one, things were looking brighter and I decided to attack the honey do list that was collecting dust on the wall. Hey, that’s not my fault. I don’t do dusting. I do windows, I do dishes, I vacuum, I do laundry.  I don’t dust. I’m fairly certain, without having to pay a professional to analyze this particular abhorrence of mine, that it stems from my early years having to prep the house for guests. My mother would make the three Baker Boys dust all the furniture and rake the avocado-green shag carpet – being careful, of course, to exit the room backwards so that no footprints were left. Apparently, the company coming that night was given the honor of making the first signs of human existence in our living room. I always opted for raking, as dusting sucks. Sorry, I digress.

One of the things on the list was painting the medicine cabinet door. Perfect. Something small that I can cross off the list, and then I can look like a hero. OK, hero might be stretching it a bit – but points earned nonetheless.

The door is a beaded stile and rail with a recessed three inch on center beaded panel.   Why this shade of white needs to be changed to another shade of white is so far above my realm of sophistication that I don’t even ask. Open my mouth, and I’m already down eight runs in the bottom of the ninth with two outs, and the count’s 0-2. It may have taken me 20-odd years to figure this out, but I am proud to say that I have done so, well before my final days are upon me.  So, saying exactly nothing, I turn to the task of prepping for painting.

I don’t want to sand down the top of the bead and leave a flat spot. That means, of course, that the orbital sander is out. In comes the Sandfast Detail Sander by Red Devil. 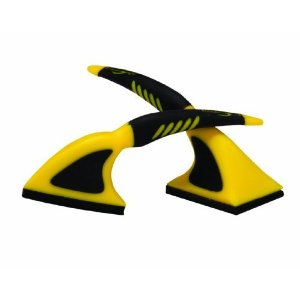 Sold at our sponsor,Rockler stores, this twin pack of detail sanders includes two sanders, one a rectangle and one a triangle. The rectangular pad is just under an inch and a half wide, so it fits easily between the beads. You can get into those tight corners as well without having to fold up little pieces of sandpaper to push into the corners with your fingernails (refer to article title). Very useful – manicures aren’t cheap. It comes with three grits – 80, 150, and 220 to fulfill all your sanding needs. Ok, that might be laying it on a little thick, but Marc, our illustrious leader, told me to do it.

These little guys were surprisingly tough and did the job. On bigger doors, it makes sense to make a custom sanding block for the long runs, but when you get to the top and bottom and inside the corners, these dudes really can get in tight.

After prepping the door, I’m ready to paint. You know, if I used the same white paint I used before, I bet she would never know the difference. I could drop an old paint store receipt on the counter so she would think I bought new paint. I mean, come on. Whitetail white? White flour? Steamed milk? Dover white? WTF? It’s white!

So long story short, I got in my car, drove to the paint store, and got the paint she wanted. Intricate Ivory as I recall.

This grasshopper is no dummy.

You can pick up a pair of Red Devil Sandfast Detail Sanders for a bargain $5 at Rockler.