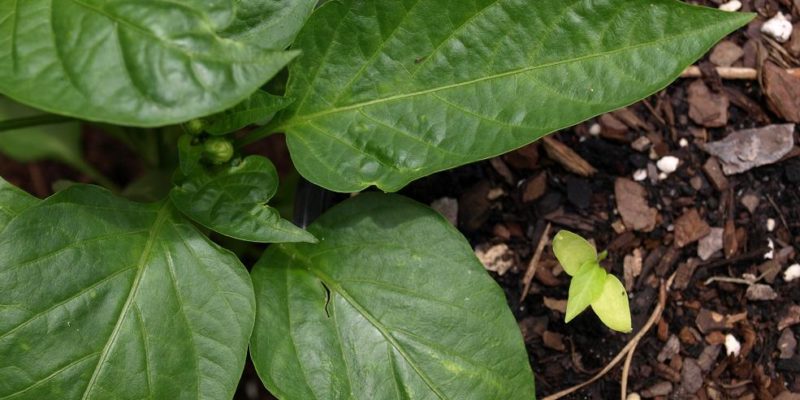 Anyone who reads our garden articles on regular basis knows that I talk a lot about the cost-effectiveness of growing your own plants from seed. However, there are plenty of good reasons to use starts instead of doing all the work yourself. With seeds vs starts, it’s just a question of what works best for you. I created this overview to help gardeners figure out which one of these methods would work best for their current situation. You might even decide to opt for a mixture of both like I did.

Seeds vs Starts – The Benefits of Seeds

As I’ve said previously, seeds have a lot going for them. There are loads more varieties available as seeds than can be gotten as starts. You can also buy seeds year round, especially if you’re ordering online. There’s a lot to be said for getting what you want when you want it. With some exceptions, seeds can also be kept from year to year and used again. Some plant species may even need to be direct sown. In order to avoid transplant shock, you need to start them where they will be spending the rest of their lives.

The main reason to favor seeds vs starts is that seeds are generally much cheaper. This enables you to get more plants for your money. For instance, I have at least 5 morning glory vines, which ran about 30 cents per plant group and I still have seeds left. I planted 15 nasturtiums at a cost of about .10 cents a plant. Once I again, I have some seeds left over. It’s a pretty good deal.

While seeds are generally pretty cheap, there are still some varieties that can leave you reeling from sticker shock. For instance, I paid $2 for a packet of sunflower vine seeds and there were only three seeds in the package. Although all of them came up, I didn’t have any to share with my family and friends as I’d planned. When shipping is a factor, the cost can go up even further. There’s also the fact that there are often way too many seeds per pack for solo gardeners and small families. In those instances, gardeners tend to be worried about using their seeds before they expire. You can nonetheless avoid this by splitting seed orders with family, friends, and/or garden buddies.

The main problem with using seeds is that it can be fairly difficult to get some species to germinate. Additional treatments such as soaking, scarification, and cold or heat exposure may be needed. Some plants will have low germination rates even if you follow the directions on the package to the letter. Then there are the ones that never come up, for one reason or another. Seeds can be a total waste of money if they don’t germinate like they’re supposed to do.

Once they sprout, seedlings often take a while to get going. Dampening off may take out some; periods of intensely hot or cold weather can kill others. Newly sprouted plants will quickly croak if you forgot to water them even once. Of course, some have been known to be drowned or washed away in summer storms. They’re obviously pretty sensitive to environmental stressors and that’s not a good thing at all.

The main benefit to starts is that gardeners who are using them get an overall quicker start to finish time. This aspect makes starts a godsend if you have fallen behind on your gardening to-do list. Or maybe you just want to get a few so that you’re not waiting for your unnaturally slow growing seedlings to produce tomatoes or peppers. Starts are typical sold after the weather warms up and are fairly durable when compared to fragile seedlings. It’s just not as likely that they’ll suddenly drop dead. In fact, I would recommend using starts for any notoriously slow growing or hard to germinate plants. This particularly true if the species in question is a perennial that will come back for several years running.

Of course, using starts has its downsides. They tend to be far more costly than seeds. As a result, budget gardeners that buy them won’t be able to afford as many plants as they might if they grew their own from scratch. This is still fine if your starts can be found locally. A couple of tomato plants at $4 each instead of less than $3 for all of them isn’t going to break the bank too much if that’s all you need. However, shipping containers filled with plants and soil shipped to you from elsewhere can be a serious financial drain.

There’s also less selection when it comes to starts. Only the basic plant varieties tend to be available. Although a lot of tomato and pepper varieties are generally available at local stores and nurseries, there are nowhere near as many as you can get with seeds. There’s also the simple fact that some vegetables/plants aren’t available as transplants. Radishes are a good example.

Another thing to keep in mind is that starts are often available only in the spring and summer months. You can’t always get what you want whenever you realize that you need to buy it. In my area, the stores keep trying to sell garlic starts in the spring even though they have to be planted in the early fall. I also invariably find myself looking for saffron crocuses in midsummer for fall blooms and find they’re not being sold anywhere. You can get seeds even in the dead of winter and that’s certainly something they have going for them.

I hope this pros and cons of seeds vs starts helped you figure out which approach will work best for your garden. Until next time, good luck and keep growing!