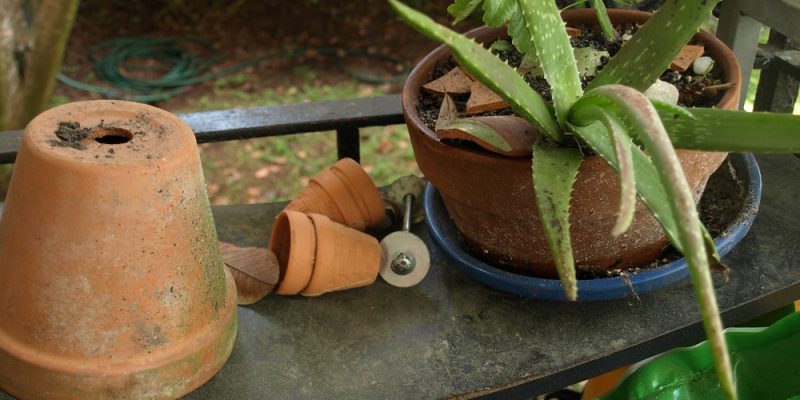 For those of us that live in a cramped apartment with what sometimes feels like ten people and twenty pets, it is very easy to see the space-saving appeal of a vertical garden. As is the case with any form of horticultural endeavor, this method has its ups and downs. While there are many different types of vertical gardens out there, I personally have several shelf units that I use to hold plants: all of which I got for free and that work pretty good for their intended purpose.

Types of Shelving for Vertical Gardens

Although vertical gardens can be as simple as air plants set in repurposed old light bulbs or tree branches, there are other designs that are far more complex. While many garden stores and online retailers sell such items in a variety of price ranges, a quick search on Google reveals that a little creativity goes a long way. Found objects can easily be turned into a useful vertical garden.

There are a lot of people who have used their ingenuity to turn packing flats or other repurposed materials into succulent mosaics. In fact, stay tuned next week for an article about turning a pallet into a vertical garen. Another genius idea is to use durable hooks for affixing regular terracotta or plastic pots to buildings or railings. If funds are low, you could just as easily use old tin cans or soda bottles as containers, as is mentioned in the You Grow Girl garden books. Of course, those prefabricated tomato towers that seemed to be all the rage a few years ago are another good example of vertical gardening. However, people using those contraptions should probably stick with cherry tomato varieties instead of the ones that produce heavier fruits due to that strange phenomenon known as . . . gravity.

I personally have been using a repurposed metal shelf (shown above) for about 10 years. It works great for sun loving plants because the shelves are grated and don’t block the light. However, the plastic cart I have is better for holding specimens that need a lot of water like mint, herbs, and flowers that are recuperating from the effects of too much sun. The plastic cart is also impervious to water damage, which is more than can be said for the plywood unit that I have.

The cheap plywood shelves I have are now heavily warped after 2 years of light use. So, if you have a choice, go for plastic or metal because they’re going to last longer than most wood versions. However, one of the apartments I rented in the past had a wonderful set of wooden shelves outside that had been sealed with water-resistant finish. They also stayed put without any effort on my part, didn’t blow over in high winds, and were big enough to hold a few dwarf lavender varieties. But, they’re definitely not the norm in apartment settings.

Despite the fact that containers often vary, there are still some some general rules to follow when selecting specimens for a vertical garden. You’ll definitely want to avoid large, bulky, or tall plants like apple trees. Bonsai on the other hand probably will be fine as long as it get plenty of water and sunlight. You know, like most plants have to have. You can espalier the trees in question so that they lie flat on one side against a wall to save space, of course, but they’re probably not going to fit well or be happy in small, cramped cubbies.

Unless vigorous pruning or unhappy plants are on your agenda, a vertical gardener’s best bet is to go for smaller plants that won’t ever get very large. It’s also a good idea to look for varieties that can handle a bit of shade because even the most transparent of shelves is going to block at least some of the available light. Plants that drape downward such as asparagus ferns or ivy are also good choices because they can add extra interest to your display. They have the additional advantage of being able to catch more light than most plants will by slowly creeping out of their assigned shelves to brighter spots.

Putting heavy containers on the top of a shelf unit can be dangerous. Accident-prone people are simply asking to be conked in the head at an inopportune moment and the entire contraption could easily topple over if it becomes too top-heavy. Likewise, super lightweight containers should stay on the middle shelves because otherwise they have an alarming tendency to go flying in a high wind. Good luck explaining to the insurance company lawyer why some random containers just assaulted the unfortunate passerby that happened to be walking their dog under your fire escape at 3 am! However, tying the container to the shelf is another good way to keep light weight containers in place. If you don’t have built in shelving, I’d recommended battening it down as well for similar safety reasons.