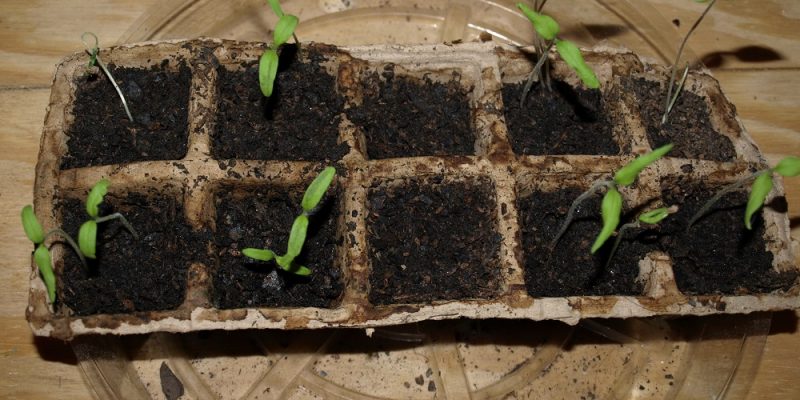 When there is snow on the ground in most parts of the country and holiday travelers are fretting over delayed flights, most gardening periodicals and blogs choose to tell us that we should get a head start on our summer gardens by going ahead and buying our seeds. After all, we only have another couple of months before they are supposed to be planted! Like it says on most of the packages we don’t bother to glance at until the spring of the year: “Start your seeds eight to ten weeks before your frost-free date, for best results.” Wait…what?!? Yes, I know. For some of us, that long passed date would have taken place in February and it’s already April! No worries, though, particularly if you’re in an area that has a long growing season. Read on for some great tips on starting seedlings outside, and why you might want to do that over starting seedling indoors.

After all, starting seeds outside is a lot easier than starting them indoors. You can store them out of the way rather than having them in your house where you’re constantly knocking them over and having to sweep up the dirt explosions. Nor will you have to spend what seems like hours of your life turning the seedlings around and around on the windowsill only to have them end up being as pathetic and floppy as a toddler that’s come off a sugar high. If you start your plants too early and you don’t want to pay $30 or more dollars for a growth light, that’s exactly what happens. Then there’s the additional hassle of hardening off the plants so that they can take the heat. Starting the plants outdoors allow you to skip most if not all of that.

Here’s what you’re going to need: 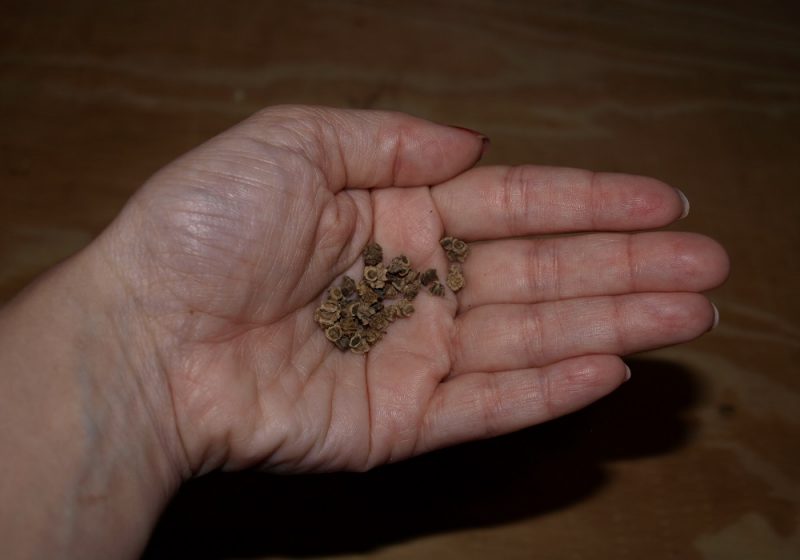 Seeds
In order to grow seeds, you must first have them. That’s generally goes without saying but with my luck someone will read this and make a comment along the line of: “Okay, I followed the instructions but I’ll be darned if these plants aren’t growing.” Don’t be that individual. You generally need seeds to produce plants unless you’re propagating using another, which is another subject entirely. If you need some insight on what brands to go with, check out our articles on seed companies and seed catalogs.

Fresh Potting Soil
Normally, I’m a big advocate of recycling and you can indeed reuse old potting soil as long as it didn’t kill its’ previous inhabitants. This is not the time for that, unless you have some strange desire to pass out garden variety weeds to your friends and relatives instead of legitimate plant seedlings. Or you could just as easily pull up all the seedlings that you sowed thinking they were weeds, only to later wonder what the heck happened to those sunflowers that you planted. I’ve done both and neither one is a pretty scenario. Buy some new potting soil and save yourself the aggravation.

Clean containers
I usually use the flimsy, little plastic pots that gardeners seem to acquire by the dozen every spring for holding small quantities of annual herbs, particularly those that don’t have to be transplanted. However, it might be a good idea to put large vegetables or anything else that doesn’t like have its’ roots disturbed in biodegradable seed starting containers (as seen in the first photo). That way you can transplant them without having to remove them from their original pot. No matter what make sure the seeds are being grown in something lightweight and portable so that they can be brought in if a random frost threatens to destroy their lives.

Water
Again, this seems pretty obvious but, as the great Murphy said as part of his many laws, no plan is ever foolproof because idiots are so darn creative. 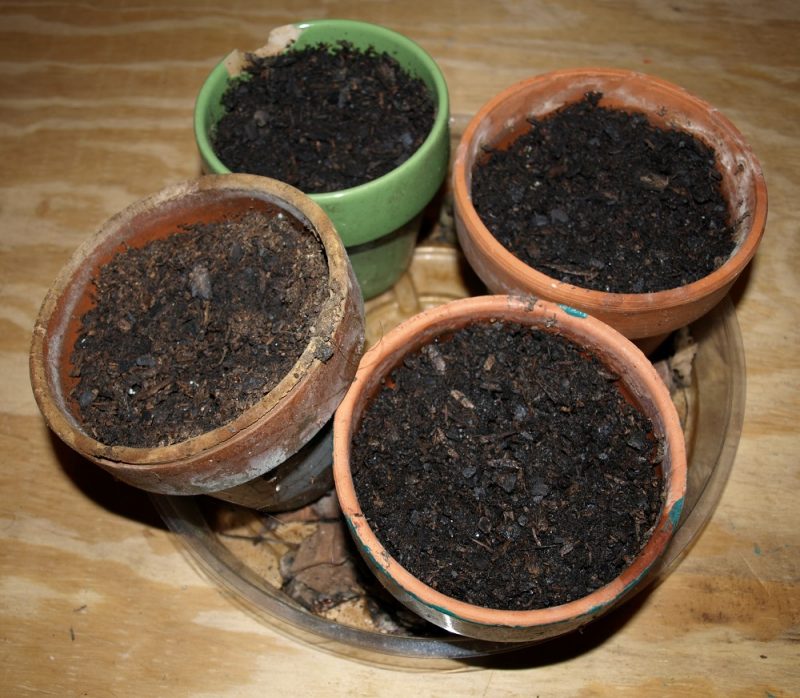 1. Fill your clean or biodegradable containers up with fresh potting soil. (As shown above)
2. Look at the package and find out how deep you are supposed to plant the seeds in question. Some gardeners use a handy tool called a dibbler to help figure this out. I usually just guesstimate, following the rule that you should only cover the seed with its same weight in dirt. However, there are some seeds that are sown directly on top of the soil so be sure to check first.
3. Put the appropriate amount of dirt over the seeds
4. Water the containers, taking care not to flood the soil and float the seeds out.
5. Place the seedlings in a place that is warm and sunny. If the weather drops much below 50 degrees, it’s probably a good idea to cart the plants in. Of course, there are some varieties that are more cold sensitive than some of the others. Tropical plants, tomatoes, peppers, melons, basils, and cucumbers all come to mind.
6. Water the seeds regularly but keep in mind that soggy soil will most likely cause them to rot.
7. You should see green leaves poke through the soil in a couple of weeks. However, there are plants that can take anywhere from several months to a few years to put in an appearance. So you’ll definitely want to read the packages carefully to be sure this isn’t the case.

Seedlings on the Move

Once your seedlings have reached a good size and aren’t comfortably fitting in their little containers anymore, it’s time to transplant them into their new homes. They can easily go in the garden or in larger containers. Reusing soil for container grown plants at this conjecture is usually fine. After all, now you know which of the plants are the ones worth your time and which ones are the impostors. If you haven’t already exposed your seedlings to direct sunlight and they’re scheduled to go in the middle of the garden, you’ll also need to gradually increase the hours that they’re receiving full sun before transplanting them so that they don’t burn to a crisp immediately after reaching their final destination.