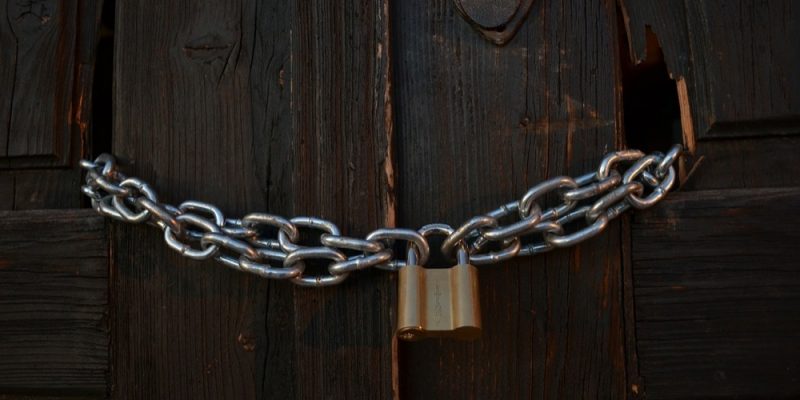 I’d rather have a thief steal my money than my tools, and last month, both happened. After all, I use my tools to make money and if I can’t make money to buy new tools, then both I and the thief are out of luck. And we both know I’d hate to burden a filthy tool thief. The worst part is, I’ve had tools stolen in the past and I let my guard down thinking just because I was in an upscale neighborhood that my tools would be safe. Not a chance.

My story is pretty simple and can happen to anyone. I was working on a large house replacing the windows when the lawn mowing crew arrived to mow the grass. Some of my tools were in the garage and I was on the far side of the house. While one worker distracted me with his tales about windows and how he needed his replaced, his partner snuck into the garage from behind the house and stole $50 from my briefcase and lifted my little Makita hotdog compressor. It wasn’t until hours later that I noticed my things were missing.

Out of Site and Out of Mind

One of the dumbest things I could have done was leave everything in the open and in plain view. Nothing screams “steal me” to a thief like abandoned tools around with nobody looking. Had I placed them around the corner or even closed the garage door down some, it probably would have prevented my stuff from being lifted in the first place. My tip to you would be if you’re not using the tool, don’t leave it out even if it is right next to your truck. It could be gone before you even realize it.

While it’s a pain in the rump to go back and forth to the work truck every time I need a tool, it would have prevented my compressor from going bye-bye. A good locking tool box, or even having your stuff inside of the cab with the doors closed is often enough to keep thieves from having easy access to your things. Heavy items like a compressor can get stolen just as easily as hand tools if you’re not careful. But larger tools don’t fit well inside the cab or a truck bed tool box. A nice chain and padlock can help secure your heavier materials from being taken from the back of your truck if you’re not already rolling around in an enclosed trailer or van.

I’d love to find that thief along with the rest of his fellow crooks and set them to work on the chain gang, but I’m pretty sure I’ll never see that guy again. A heavy-duty jobsite gang box probably would have prevented the crooks from quickly accessing my tools, especially if the lid was closed and locked. These large metal boxes hold a ton of your stuff and can easily be locked and chained in place. I’ve even seen some guys Tapcon them to the concrete slab and leave their stuff inside overnight.

It’s all a Numbers Game

After we found out the tools and cash had been hijacked, we called the sheriff’s department. They sent out an investigator to take down our information about what happened and what was stolen. My big mistake, not writing down serial numbers or keeping any information whatsoever about the purchase. Even an old receipt would have helped identify it in case it was recovered by the cops or happened to turn up at the pawn shop. Be sure you keep your tool purchase records in order and you might have a fighting chance to recover some or all of your stolen goods.

It’s not often that stolen tools turn up, but when they do, it’s because the thief has no use for the tool and wants to fence the hot item for some quick cash. Any good thief knows that a pawn shop asks for identification before making a sale and it’s an easy way to get caught. However, I’ve never met a smart crook and it’s a good idea to check the pawn shops in your area (and the surrounding counties) for your stolen goods. If they turn up, more often than not, the thief is going to get caught and you’re going to get your tools back. Craigslist, EBay and flea markets are also a good place to look for stolen tools. With any luck, you’ll at least get your stolen goods back once you notify the authorities that you’ve found your missing items.