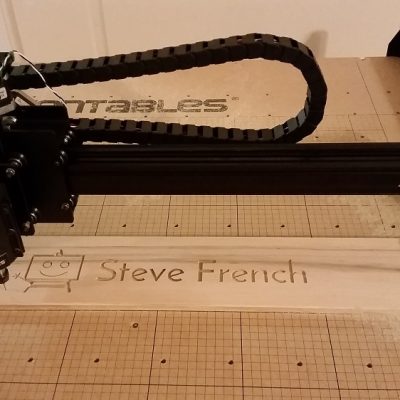 There’s been a debate brewing for several years now among hobbyist woodworkers: Can CNC machines be used in “real” woodworking? Let’s explore this! For those residing under rocks, a CNC (Computer Numerical Control) machine is a computer-controlled, motorized, multi-axis assembly with a cutting tool of some sort mounted to it. In the context of woodworking, the term generally refers to an X,Y,Z table outfitted with rails, a gantry that spans the rails and a router (or similar) motor. A collet on the motor’s shaft holds a rotary cutting bit, which cuts or carves out whatever the computer programs tell it to. In a nutshell: it’s a woodworking robot. END_OF_DOCUMENT_TOKEN_TO_BE_REPLACED