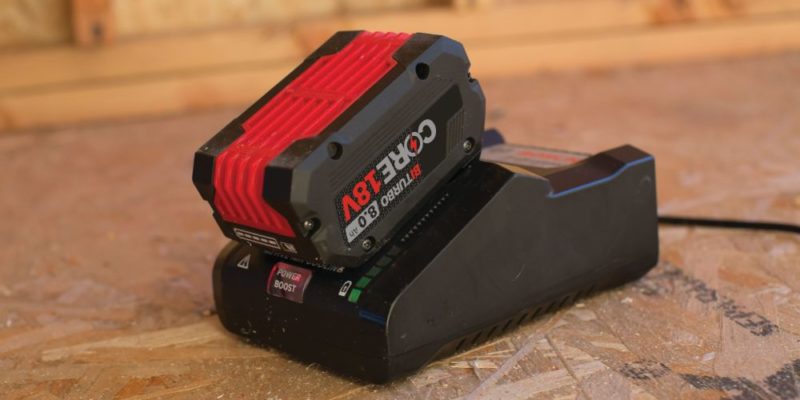 Welcome to another installment of Tool News Nirvana. Actually, for this post, we’re going to rename it “Cool News Nirvana” since we’ll be talking about 2 new coolers from Milwaukee and Igloo, and also because we’re huge fans of lame jokes. Seriously though, with the summer grilling season upon us, we’re thinking of investing in a new cooler to keep our beverage of choice **ahem** water **ahem** (right, guys? right?) chilled to the optimal consumption temperature. Also in this installment, we’ll hear about a new charger from Bosch, a new radio from Milwaukee, and a new large grinder from Metabo. Let’s get to it!

Bosch Wants to Charge Your Batteries the Hell-Ion Up

In the powertool world, there are three companies that own the bulk of North American market share for cordless products – DEWALT, Milwaukee, and Makita. That’s definitely not to say that other brands don’t make great products – they absolutely do – but they just haven’t achieved the same market penetration yet as the “big three”. Some of these companies have started using interesting marketing campaigns as a bid to win customers. Take for example Bosch and its “MEGAWATT CREW” of 18V, high-output tools, which the company has given tough-sounding nicknames like “The Goon” (GBH18V-36C Rotary Hammer) and “The Spitfire” (GWS18V-60C Angle Grinder). Honestly, we like the spin here – it’s fun, with kind of a comic book feel to it.

The new GAL18V-160C 16-amp turbo battery charger gets the same treatment. Its alter-ego is “HELL-ION”. Get it? ION? Because it charges li-ion batteries? Kidding aside, this is one serious charger. It can charge an 8ah battery to 80% of capacity in just 26 minutes, thanks to its Powerboost mode. Additionally, it can be connected to a smartphone, where the Bosch ToolBox app can relay vital information such as battery health, charge level, and additional charge modes. Look for it now.

Milwaukee Wants You To Bring Your Lunch to the Jobsite – And Eat It, Too

Milwaukee expands its PACKOUT™ system again, with the very useful 16QT Compact Cooler. Featuring a design that can hold ice for over 30 hours, plus an integrated bottle opener and interior storage tray, this is a surefire way to help beat the summer heat. We could see it being especially useful for the workers who currently use the PACKOUT™ system to transport their tools to distant corners of the jobsite. Now, they can securely bring their lunch along, as well. Look for it now.

A red-hot addition to an even red-hotter-er compact cordless line, the 2951-20 M12 Radio & Charger was just released by Milwaukee. It can run for up to 10 hours on a CP2.0 battery, which according to our calculations should get you about 136 plays of the classic “Escape (The Pina Colada Song)” By Rupert Holmes. It’s also IP54 rated, just in case you happen to clumsily spill a little pina colada on it after you’ve spent 10 hours drinking pina coladas. It’s available now.

Metabo rolled out the WEPB 24-180 7” angle grinder late last month. Featuring the VibraTech anti-vibration system and a long-life motor, this tool helps users to complete those bigger grinding jobs. Most importantly though, this tool is built with a mechanical disc brake that can stop the disc in 2.5 seconds in the event of any issues. A disc brake on a grinder?! Wow! We’re pretty sure our first car didn’t even have disc brakes! It’s available now from major retailers.

Coolers For The Jobsite From Igloo

So, you decided a few years ago that you wanted to be a sumo wrestler. You joined a sumo gym, studied under a master, lifted weights, and started the process of bulking up. You worked your way through increasing levels of caloric intake per day – 2,000, 5,000, 8,000 calories. Now that you’re competitive in the sport, you eat about the average of what your competitor peers eat: about 10,000 calories per day. It’s all pretty healthy stuff – meat, fish, rice, vegetables – just a lot of it, and it’s all prepared for you in a kitchen. Let’s say, though, that you wanted to take a vacation. Ok, a BIG vacation, since you’re a sumo and all. How can you bring all of your food with you?

Igloo knows. With their new 120QT Workman Jobsite Cooler, you can bring all the food you need – plus probably a little extra too. It features Ultratherm insulation, which can hold ice for up to 5 days, plus comfort-grip handles for maximum carry-ability. Now, you can maintain your fighting weight all vacation long. These new coolers are not quite available yet, but can be pre-ordered from select distributors.