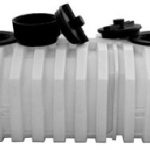 When Marc suggested a little while ago that HomeFixated readers might want to read about underground cisterns, I nodded and said that was a good idea. Then I ran off to find out what they were.

I happened to ask my husband what he thought about underground cisterns and he thought I said “underground sisters.” His explanation was both hilarious and disturbing – and for his sake I won’t repeat what he said. Let’s just say I’m not the only one in the family with a weird, overactive imagination.

In any case, I turned to Professor Google to find out what underground cisterns were and it turns out that they’re pretty neato, especially if you’re hoping to make your home more green.

The technology behind them isn’t new – in fact, it’s downright old world. Underground cisterns are essentially containers, situated at and below ground level, that collect rain and runoff water. They’re like wells that draw from above rather than below. The more ancient varieties were far larger than containers and were more like sub-city reservoirs, like those still found in Morocco, Portugal and Turkey.

Thanks for the lesson, you say, but what does this have to do with me?

Well, underground cisterns can supplement your own water supply – cheaply, easily and greenly. One such home-use cistern is a style offered by The Sustainable Village. If you’re not comfortable using rain water for drinking and bathing, in the very least, it’s great for the loo (why people think toilet water has to be pristine, chlorinated pools of perfectedness is beyond me! You realize what you’re dumping into it, right?).

Some factoids about this underground cistern:

Code on whether and how cisterns can be used vary from place to place, so be sure to consult with your local building inspector before you decide an underground cistern is a great idea!

Underground Cisterns are available from the site in three sizes – in 500 gallon, 1400 gallon and 1700 gallon sizes. For prices, it’s best to contact Sustainable Village directly.