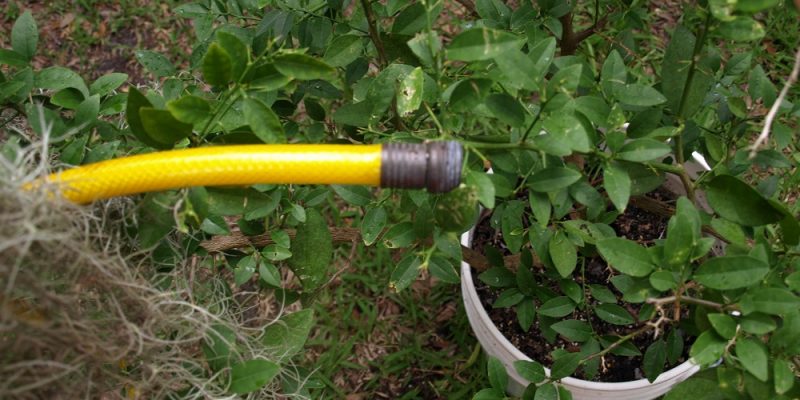 Any gardener worth their weight in top-quality potting soil knows that you don’t need a lot of fancy equipment to be a master of the craft. The only things you truly need are plants, somewhere to put them, and enough water to make sure they survive. After all, my Grandma didn’t have Google when she was growing up and she still can outdo me in terms of flower power.  Even so, there are a few garden supplies that might not be the first thing that comes to mind but are still worth investigating. 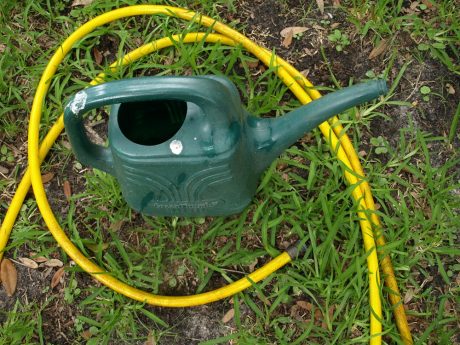 A watering can is fine for small jobs but when your plants won’t all fit onto a flatbed trailer, you definitely need a hose to get the job done quickly. I estimate it took me at least an hour and a half to water all my plants by hand because my crappy apartment lacked any functional outdoor spigots. Don’t let that happen to you! If you have lots of plants, be sure to check the outdoor spigots before signing a lease or you may regret it later. I have to say that the situation has definitely improved in our temporary new place. I now have three long hoses that can reach any portion of the yard and watering the entire lot takes less than half an hour. 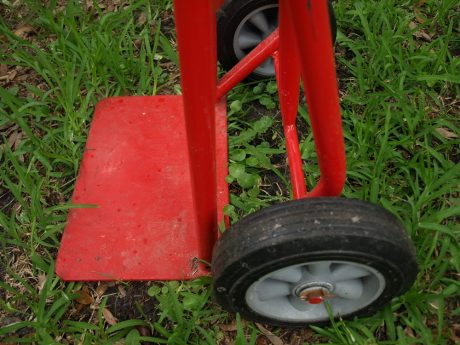 When you find yourself getting a shiny red cart for your birthday and find yourself bursting with glee, you’re probably addicted to gardening. Either that or you have a terracotta container that is roughly the weight of a small killer whale. I admit to both but I have to also add that the dolly has been particularly helpful in a lot of ways. It works well for dragging large, cumbersome plants in and out of the house when the ambient temperature changes outdoors. The dolly is also great for moving plants around the yard. Of course, this multipurpose device isn’t only useful in the garden. It makes moving large stuff like cabinets and bookshelves a snap too. 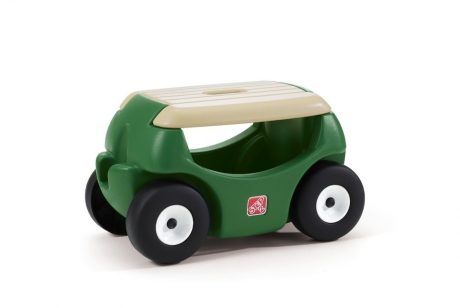 I admit that when I received a rolling seat as a gift I was less than thrilled. Like the majority of women, making even the most obscure comment regarding my age is not a way to get on my good side. I dutiful thanked the person who had bestowed their generosity on me but, in private, I complained and wondered what sort of subliminal message I was being sent. “I’ll never use that,” I said to myself, “I’m not that old.” As the great misogynist William Shakespeare so eloquently put it in this case: the lady doth protest too much.

I admit that the sweetgum tree in my former yard was a powerful enemy. It dropped spiky little bombs all over the place, ones that were clearly ready and prepped for assault. Here I should also note that I’m not a very firm believer in shoes. Therefore, I suffered the agony of defeat in more ways than one and eventually condescended to put on some flip-flops rather than risk another injury.

Only I found out that accidently kneeling on the sweetgum balls was almost as painful as stepping on them. This made arranging transplants hard work and the only alternative in some cases was crouching on the equally uncomfortable concrete. Enter the rolling seat. As it turns out, the device also makes weeding containers a whole lot easier. Ladies and gentlemen, I’ve had crossed the Rubicon and refuse to look back. 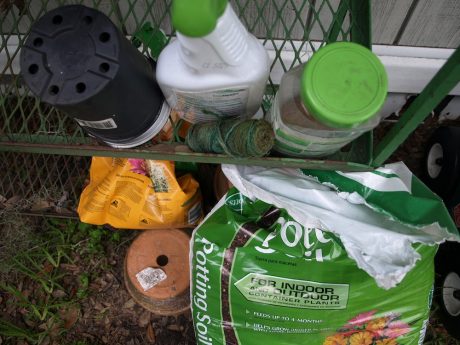 There are plenty of other items that help simplify gardening. I personally have found shelving units to be very useful. These devices save space and provide me with an excellent place to store both plants and supplies. You can usually get good deals on shelves at your local thrift store if you can’t find someone whose merely giving them away.

Lots of gardeners like to wear gloves when dealing with prickly plants. All the same, I haven’t caved in yet. While I can definitely see the appeal, I simply have no desire to run around in attire emblazoned with Mickey Mouse because all the women’s gloves are too small for me to wear comfortably. However, the continued blood loss I’ve sustained while dealing with the cacti and spikey citrus trees in my yard may eventually cause me to reconsider my stance on the subject.

Saucers are another item that seems pointless until you discover mysterious watermarks on all your furniture and on your hardwood floors in precisely the same spots where your plants spent the winter. There are also some specimens like pitcher plants and Corsican mint that need constant moisture to be happy so getting them a pool of their own is a no-brainer in places where summer temperatures are so high that a drop of water is likely to turn to steam before it can hit the ground. You can get very cheap and very flimsy plastic saucers at local gardening centers for under $1 each. These items are good choice for temporary indoor plants but in other instances you may want to look for saucers made from thicker plastic. Unless you’re growing carnivorous plants, ceramic saucers are another good choice. However, terracotta is risky because it may leak.

Gardening twine is another cheap garden supply that comes in handy in numerous ways. I’ve used it to tie up floppy plants, create temporary cages for sprawling specimens, and make temporary repairs. It’s definitely worth the dollars you’ll spend on it. I’m also a huge fan of solar powered lights for the garden. For about $1 each, you can illuminate large pots or problem areas so you aren’t stumbling around in the dark. The only caveat to these devices is that they need a good amount of sunlight in order to work and they don’t always last through the entire night. All the same, the lights are cheap to add and free to run. So if they only prevent a few bruises and stubbed toes, they’re worth it. 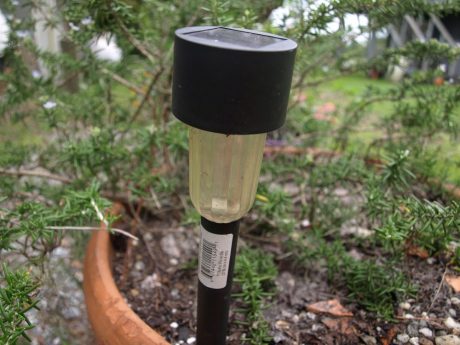 Regardless of your age, you can find one popular, inexpensive rolling garden cart for under $40 online.