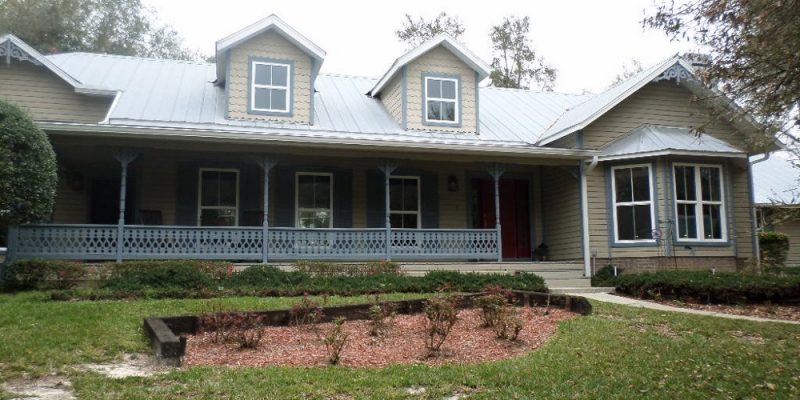 Old windows can be a bummer. They’re often drafty around the edges, fogged up in between panes and difficult to open.  That’s why many people who own an older home opt out to replace the windows with newer models. It not only helps to beautify the home, but it also helps to cut down on those pesky heating and cooling bills. It’s easy enough to install windows; I just wish they weren’t so awkwardly heavy.

I recently did a window replacement job for a repeat customer—and boy are my arms tired! I know that’s the punch line to a corny joke, but it’s no laughing matter—if you’re going to replace any windows bigger than your head, it’s probably a good idea to get some help. It’s not that a large window is extremely heavy; it’s that it’s awkwardly heavy. On top of that, you’ve got to wrestle these delicate heavyweights over hills, around bushes and up ladders. But enough whining, I’ll save that for another paragraph. 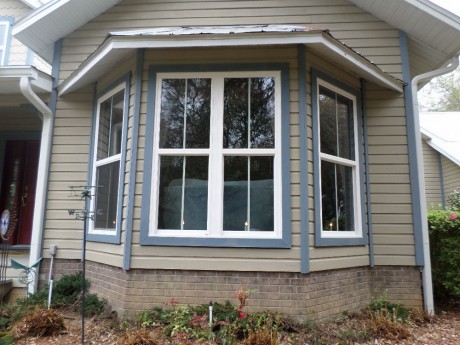 Getting the old windows out is a job all its own. Wood-framed houses typically have a metal flange that is nailed or screwed into the outside sheathing and framing members, as was the case with the windows we were working on. Concrete block house windows are screwed in on the inside and the exterior of the window is stuccoed into place. Lots of chiseling and quite a mess.

The house we were working on came with a unique challenge. The exterior was covered with a pine Dutch-lap siding and unfortunately, so were the windows. That meant we needed to cut some of the excess siding away to reveal the window flange. To add to the challenge, each window was wired with an alarm. Lots of wires around lots of cutting is never a good thing.

The exterior of the windows were covered with 1×4’s and had to be removed first. Since we were going to reuse these boards, we needed to be as careful as possible when removing them. If you’re dealing with similar trim, make sure to label where each piece came from to make the re-install that much smoother. The crowbar, a cat’s paw and plenty of dunnage helped this part of the job go smoothly.

Once the 1×4’s were out of the way, it was time to make a few measurements, snap four lines and start cutting into the siding. Since I was worried about cutting too deep into the house, I set the blade depth to the thickness of the siding and made the cuts. I used the handy little Dremel multi-tool I reviewed a while back to finish the cuts in the corners where the circular saw couldn’t reach.

With the siding out of the way, I could access the nails in the flange. This house was built so long ago, that it only had one nail in each corner of the window! Needless to say, it didn’t take much to get the window loose in the opening. In the meantime, the inside of the drywall where it butts against the window was scored with a knife and the magnet on the old window was carefully removed. A little piece of tape held the wired end of the alarm sensors against the window frame opening and out of the way.

We each took a side of the window, tilted the top of the window out and gently pulled it free. After a quick cleaning up of the window frame opening, the new window was almost ready to be put into place.

While this part always seems easy enough, it never is, and each window is fraught with its own particular challenges. Because most replacement windows have to be custom made for each opening to ensure they fit snugly (unless you luck out and have stock size openings), each one is slightly different in size. Luckily, the window company provided us with a nice blueprint and labeled each window and its location on the house. Double check the window measurements with the opening before you decide to put it into place.

The funny thing about new windows is that no matter how heavy the old one you removed was, the new one you install is always going to be twice as heavy. These windows were filled with argon gas between the panes, so I told myself it must be lighter than a window without just plain air. I told you I’d save my whining for another paragraph!

After the window is carefully hoisted to the opening, it’s time to add a nice bead of sealant around the flange. Without getting caulk all over our hands (yeah right), we lifted the window up so that the bottom sits on the sill first, and then tilted the window into place.

At this point you need someone inside to level the window. We used the CST/Berger laser level I recently reviewed to help level the windows. With the laser line tipped on its side and running down the side of the window, we could easily make the adjustment for level inside, while a person outside screwed the window in place. It can be quite a challenge to get everybody to work together and move in unison, but once you get one in place, a system quickly develops and each opening starts to run faster.

Our windows required fasteners (1 ½-inch truss head screws) every 9-inches and one in each corner no more than 3-inches down from the corner of the flange. Before any window wrap or 1×4’s cover the window, a building inspection must be performed in most areas. Our project included a lot of screws that you probably won’t have to install, but here on our hurricane-laden coast, we have to contend with a 120 MPH wind code and lots of fasteners are always required no matter what you’re building. Codes in your area are likely different, so be sure to contact your local building department to find out what you need to do to get started.

After the window is in place, the edges of the outside flange are sealed with a butyl tape. We used the old 1×4’s around the new windows and of course had to cut each one to accommodate the size of the new window. We also caulked around each 1×4 with sealant to make a nice watertight seal. Last but not least, the inside was trimmed out with quarter round to match the stained wood trim in the window. Only twenty more windows to go! Oh yeah, did I mention those windows were really heavy?