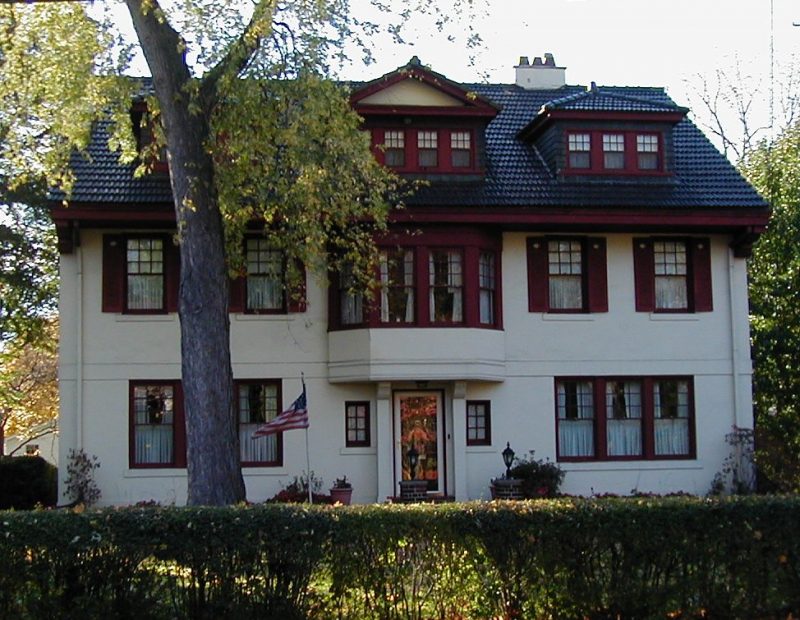 For those of us “blessed” to own an old home, it’s common knowledge that one measure of “character” is the lack of a single plumb, level or square surface in the entire house. A second indicator of character is the complete absence of identical windows.

Oh sure, throw a quick tape on them, and they’ll all be “about 30 by 68.” But if you have 20 windows (the house above has 25 on the front alone!), the odds of most of them being able to use the exact same size wooden screen or storm window are about the same as my 401k balance getting another comma. (Or the way things are going, of even HAVING a comma in it). They’ll range from 29 ¾” to 30 ¼” wide, and 67 5/8” to 68 ¼” tall. This is partly the result of someone, many decades ago, failing to measure twice and cut once, and partly the result of many years of settling and weather-related expansion and contraction, both on the house and on the storm and screen sashes. All part of the charm. Keep telling yourself that.

The Traditions of the Older Home

The house I grew up in, outside Buffalo, NY, had the same type of old wooden double-hung windows. Every spring and fall, after drinking several cups of his special coffee, my father would summon us for the ritual Swapping of the Screens and Storms. This ritual involved many trips up and down the ladder, quite a bit of trial and error, and many colorful additions to our vocabulary.

Too bad Dad never heard of Acro Hold-Tite Numbering Tacks. They’ve been around since 1948, and according to the folks at Smith Restoration Sash, “These charming and practical numbered marking tacks are traditionally used to match removable wooden storm sash and screens to their respective window frames. Our tacks are made of the original “white brass” alloy. They are durable, secure and the numerals remain legible even after decades and many layers of accumulated paint. The sharp, angular nail pierces hardwood and the barb beneath the head anchors the tack down to stay.” I couldn’t have said it better!

The tacks are ½” in diameter, and are bought in cards of 25, numbered 1-25 or 26-50. You’ll need one card for the frames, and identical numbers for the screen and storm sashes, totaling three tacks for each window (why yes, I AM a math whiz). They’re a tad pricey, at around $20 for a set of 25 tacks, but when you consider how many hours of profanity-laced ladder climbing they’ll save you in the years to come, they’re a steal!

Other Ways to be Tacky

Aside from matching up your storm windows and screens, it seems like these tacks would be useful for bringing order out of chaos in any number of ways: Keeping track of shutters, numbering the fine vintages on your wine rack, pinning photos of your exes to the wall in correct numerical order, or for rotating your cases of PBR for freshness. Some probably NOT-so-good uses might include keeping track of your tires, or for preventing your prophylactics from falling off the nightstand.

Getting Down to Brass Tacks

the Acro numbering system tacks are a simple solution to a problem many old-home owners face. Buy the tacks, match up your windows, and make your future sash-swapping routine one of Zen-like bliss. (Too bad reinstalling windows on my PC couldn’t be this easy!) Once you have these tacks in place, you can congratulate yourself on how you’ve made order out of chaos. On the outside of the house, anyway…

The Acro Hold-Tite Numbering Tacks are available from The House of Antique Hardware, and from Smith Restoration Sash, which also offers a contractor’s pack that saves you sixty bucks—twelve sets of numbers, in any combination, for $180. Not a bad deal if you have a LOT of windows or racks of fine wine or exes, or some similarly blessed friends.