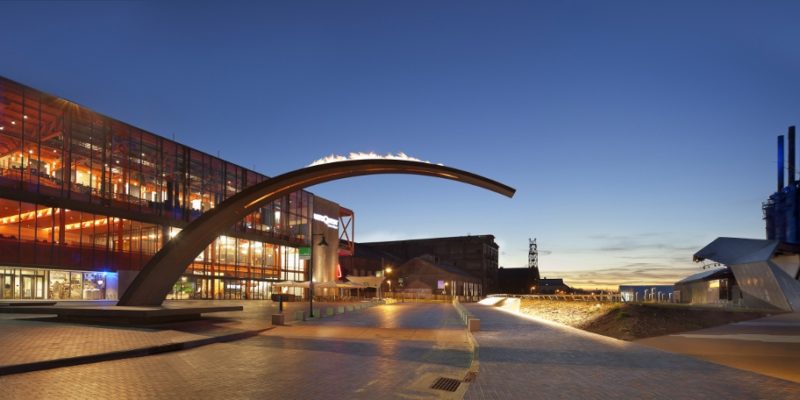 I recently had the extreme pleasure of speaking with Elena Colombo, a classically trained artist and architectural designer who has redefined what a fire feature is. Elena has married both sides of her brain to design and install fire features for homes, resorts and public spaces. Tapping into the universal attraction to gathering around a fire, Elena has seemingly created the niche market of artful fire features.

September 11th was a turning point for our country, for countless lives, for New York City and for Elena Colombo. The advertising and entertainment industry landscape in New York changed dramatically after the attack on the World Trade Center and Elena needed to find a new direction for her career. Elena headed out to the shore to have some space to think. Her desire to sit by a fire to reflect on life was thwarted by recent rain that made starting a fire impossible. . .that’s when the idea of creating a fire bowl with gas or propane first took life.

The first fire bowl was built with her father. Elena combined some research and development for the burners and bowl fabrication with her own design elements, and the first prototype was ready to go. Elena loaded it into the bed of her pickup truck and drove from winery to winery in a one-woman-marketing campaign throughout California. Elena proved to be a successful door-to-door fire bowl saleswoman and her business, Fire Features, grew from there.

From Wineries to The Bridge

Elena’s fire features are natural and organic, as has been the expansion of their scale. Larger venues and clients led to larger installations and coordination with building codes and construction companies. The Fire Bridge at Bethlehem Steel in Bethlehem, PA is her largest installation to date. Elena’s proposal was awarded the commission by ArtsQuest in concert with The National Endowment for the Arts Placemaking Initiative.

The Fire Bridge, as well as all of Elena’s installations illustrate the importance of both form and function. There are times when we forsake function for looks – like on a rigid chopper without shocks. It looks awesome but is hard on your internal organs. Other times we forsake form for function – like that ridiculous winter hat that is the warmest hideous item you happily put on to go snow blow.

These fire features sacrifice nothing – they fuse both form and function for each unique installation site. There are times when you should hold your ground and not compromise. Elena Colombo has tackled challenge after challenge without compromise.

Stereotypes of artists sitting around discussing a dot on a canvas are hilarious and, quite frankly, based on a few grains of truth. But this does not depict ALL artists. Understanding that carpenters, metal workers, masons, auto body pros, and painters are also artisans is important to understand. This point is often lost on our society. A combination of 2X4s and pipe can make a porch railing – it works. It is the artisan who will use the correct style spindles, cut them to the correct length, chisel the fit of the banister into the porch post. Carpentry is an art, and you know it when you see it.

Elena Colombo is an Artisan through and through. She studied in Boston, MA as well as Rome and can discuss Art History at any New York dinner party. Her experiences are most impressive. But Elena can also discuss BTU burner output and the necessary base for a cantilevered corten steel arc installation.

In retrospect, Elena’s childhood laid the foundation for her career. Her mother a Naturalist – sharing a love of flower gardens, bird nests, bones and nature. Her father “the original pyro” – a veteran fighter pilot, heavy roads contractor who kept their house in a constant state of construction. Elena recalled the memory of her dad walking (with a well-deserved swagger) across the yard with a can of gas and a lighter. He was preparing to set fire to whatever pile of brush and materials he had pushed together with the tractor. His philosophy on fires was simple – “It’s not a bonfire if you can’t see it from space.”

While classically trained in fine arts and design in the U.S. and abroad in Rome, Elena also learned on the job as she adapted to a wide range of opportunities. Work experiences ranging from working on set production for Pee Wee’s Play House to directing television commercials and print campaigns, Elena knows how to roll with what life gives you. That rolling with it led her to creating her first fire bowl.

In keeping with her father’s philosophical view of fires, Elena defaults to going big. She cautioned that “you need to be careful with scale, even outside. A 36-inch diameter can look like a salad bowl sitting in the middle of the space.” Elena added, “Bigger you can turn down, but small can’t be turned up.”

Elena Colombo is living proof of the many ways that individuals, companies and our country changed and grew stronger following September 11th. Her fire features hold up under the fine art standards of form and balance; her company and installations are growing in scale and demand; the fire feature that can be seen from space may happen one day.

Regardless of the scale of your project or the medium in which you work, the pride and skill of an artisan can be easily seen by the trained or untrained alike. You can contact Elena to purchase a fire feature or to collaborate on a landscaping installation at a division of Colombo Construction Corp.