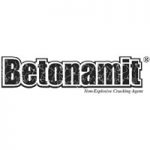 Oh, Betonamit, where were you when my alma mater needed you?

According to campus legend, back in the 1960’s, there was a rather large boulder near the student centre of the University of Calgary. For silly, aesthetic reasons, the University decided to encase it in concrete and make it more cube-like. The engineering students, however, would have none of it. One night they launched a prank to “free the rock” and return it to a more natural state. With dynamite.

As this was being carried out by students and not actual engineers, there predictably was a miscalculation. Rather than liberate the rock, the late night explosion instead blew out the windows of the nearby library.

Had Betonamit – a non-explosive cracking agent developed for the safe demolition of limestone, granite and concrete – been around then, many a window and librarian’s heart could have been saved. But it’s not too late for you to use it.

While “freeing rocks” probably isn’t in high on your list of to-do’s, if you have a boulder on your property that’s giving you grief, concrete slabs that seem immovable or even a driveway that can’t simply be paved over but needs to be chipped away at, Betonamit can make the job easier. This non-explosive cracking agent is a non-toxic powder. When mixed with water and poured into holes (so, yes, a bit of drilling is required), the Betonamit goes to work, weakening the rock or concrete and creating pressure that causes the object to crack from within overnight. All safely. All non-explodey. All drama-free. Once in smaller, detached pieces, the concrete or boulder can be removed much easier.

There’s a video of the Betonamit in action with a slab of concrete, although the “action” is rather slow. A bit like watching paint dry, really:

Yup. But, hey, that’s exactly what it’s supposed to do.

To get a quote for Betonamit Non-Explosive Cracking Agent, contact the manufacturer directly.