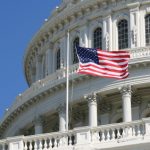 In a bold and sweeping initiative that has shocked millions of homeowners, and angered  retailers that cater to the do it yourself / DIY community, Congress has announced a nationwide ban on most forms of home improvement done without professionals.

One unnamed congressman stated, “Frankly, most of the US population can’t be trusted not to fu@%-up their own houses. These failed projects then go on to cost the country millions of dollars in liability expenses, clean-up, and lost productivity.”

President Obama also weighed in, saying even the White House isn’t immune to the horrors of DIY gone wrong. Former President Bush made the mistake of trying to fix a clogged White House toilet himself in January of 2007.  He mistakenly used a crow bar instead of a plunger.  The result: the former president managed to rupture a sewer line.  Over eight thousand gallons of raw sewage flooded the east wing of the White House and then burst out of an exterior door.  A startled long-time White House maintenance crew member said “We’ve had accidents before, but I’ve never seen that much excrement come out of the White House.”  The incident remained a secret until it was made public after a Freedom of Information Act request was filed by HomeFixated.com.  Some are already referring to the Bush coverup as “Sewergate 2.”

Unless the new law is vetoed by President Obama, it will outlaw most forms of DIY home improvement, including; painting, plumbing, electrical, carpentry, and some variations of interior decor.  We have all seen what happens when a careless and style-less DIY’er decorates their own house.  It can be a national embarrassment. However, beer-swilling couch potatoes across the nation have been disappointed to find that lawn mowing will not only be legal under the new law, it will be mandated biweekly. The lawn mowing provision was included to help shore up the ailing real estate market.

Many retailers catering to the do it yourself masses are aggressively lobbying for the President to veto the new bill.  A veto seems unlikely, given President Obama’s recent comment, “I used to think healthcare and jobs were my top priorities.  Then I saw a cabinet-unit a friend installed himself.  It was not only out of plumb, but the hinges were poorly aligned.  This kind of needless tragedy must be stopped.”  Some insiders speculate Obama may be particularly nervous about the topic, given President Bush’s toilet incident.

As a site devoted to helping those with the courage, lack of financial resources to hire pros, and bravado required for do it yourself home improvement, HomeFixated.com is strongly opposed to this new law.  “First the government decided to regulate how fast we can drive, and now they want to take away my cordless drill?  Not over my dead body!” said an impassioned Marc Lyman, Chief Editor of HomeFixated.com.  HomeFixated is calling on all freedom-loving Americans to stand up to big government, and to vehemently oppose this new law. Gather your tools my friends!