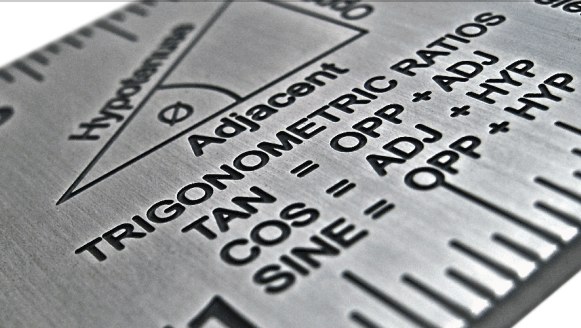 Framing squares are carpentry essentials you can find on just about every jobsite. Most squares these days are made from aluminum, and the vast majority of framing squares can be purchased for under $30. So, why in the world would anyone spend $125 on a framing square? That’s a question HomeFixated vowed to answer when Chappell Universal Square and Rule asked us to check out a sample of their stainless steel Master Framer. Since complicated geometry gives me panic attacks, I sent the framing square Chappell provided to my friend and experienced contractor Ramsey Phipps, of Ramsey Phipps Construction in Northern California.

Ramsey has had the Master Framer tagging along with him now for one of the longest review periods on record for HomeFixated. Although I’m writing this review, the hands-on impressions and review points came largely from Ramsey’s expertise.

The Master Framer – Made in the USA Quality 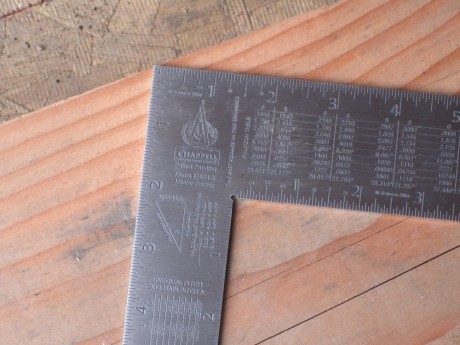 For those of you that buy local, you’ll be happy to hear that Chappell’s squares are made in the USA. Unlike most aluminum squares, the Master Framer is made from 304 Stainless Steel (using only American made stainless steel no less). As you might expect from a premium square, Ramsey found the Master Framer to be a “very durable and precise tool.” The square is photochemically etched, which Chappell says is a much deeper and crisper process than even laser etching. The etched numbers and markings mean you’ll always be able to read it, and the annoyance of scratched off markings from cheaply labeled or painted tools can be a thing of the past. The steel construction also means the tool isn’t as prone to breakage and bendage as its lowly aluminum distant relatives (bendage is totally a real word).

Ramsey did also note one downside to the steel construction, “I like the sturdy design, but it IS steel. As every California carpenter knows, if left in the sun for any amount of time it is literally too hot to handle. I would like to see an aluminum version, as these tend to be worse heat conductors.” Given the other features of this square (and the high price point), a less expensive aluminum version is not a bad idea. In the meantime, if you’re in the southwest or just working in the hot summer sun, keep that square shaded! All that quality means Chappell is also comfortable guaranteeing the Master Framer to be square to within .003 inches. You know when they’re in that third decimal place, the square is going to be accurate!

The Smartest Framing Square on the Block

Need to calculate roof pitches on an octagonal pagoda? Or, maybe custom frame your own personal geodesic dome? Even if you’re just dealing with some unequal pitch hip and valley rafters, the Chappell Master Framer is like that huge scientific calculator you had in school, only in steel form. And, without any need for batteries. Oh, and you can carry it around without people calling you a nerd and shoving you into a locker. The point here is that this framing square will help you calculate just about every framing calculation you could possibly need, as well as a few you’ve probably never heard of.

According to wonder-framer Ramsey, “This square along with some hours of study with the included booklet allows the carpenter to build very complicated roofs, including roofs with unequal pitches and 6 and 8 sided polygonal roofs. What is cool is that all of the numbers and tables you need are all on the square itself.” A word of warning: one glance through that booklet and you might find yourself breaking out in a cold sweat with flashbacks to high school geometry class. 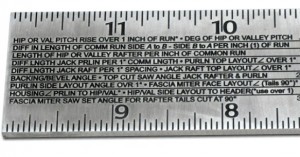 Like many high-end tools and products in general, the Master Framer is not for everyone. In Ramsey’s words:

The bottom line is that every framing company and for that matter, general contractor, should own one of these squares. It can solve any complicated roof or wall problem that comes up. However, for the price tag, it is not worth buying for every carpenter on the job. For most it would just become a $100+ straight edge.

So, if you run a framing company, are a general contractor, or the thought of polygonal roofs gets you very excited, the Master Framer is definitely worth your consideration, despite the spendy price tag.

You can find more information, along with distributors of the entire line of Chappell Universal Square and Rule products on the Chappell website. The Master Framer retails for around $125. 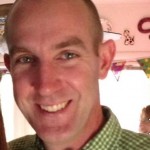 Ramsey Phipps is a licensed contractor and longtime friend. He dove headfirst into construction building custom homes in the backwoods of Montana, where the fish and cold beer were plentiful. Ramsey eventually moved back to his home turf in the San Francisco bay area, where you can buy a 500 square foot bungalow, on the “wrong side of town”, with no yard, extensive termite damage, crumbling foundation, etc. for around $995,000, if you get a good deal. Ramsey spent several years with a bay area commercial and high-end residential construction firm before launching Ramsey Phipps Construction. If you’re in Ramsey’s vicinity, value true craftsmanship, and you’re looking to do a remodel or new construction, look him up! He can generally be found precisely juggling circular saws, hammers and three young boys (not typically at the same time, that would be dangerous).