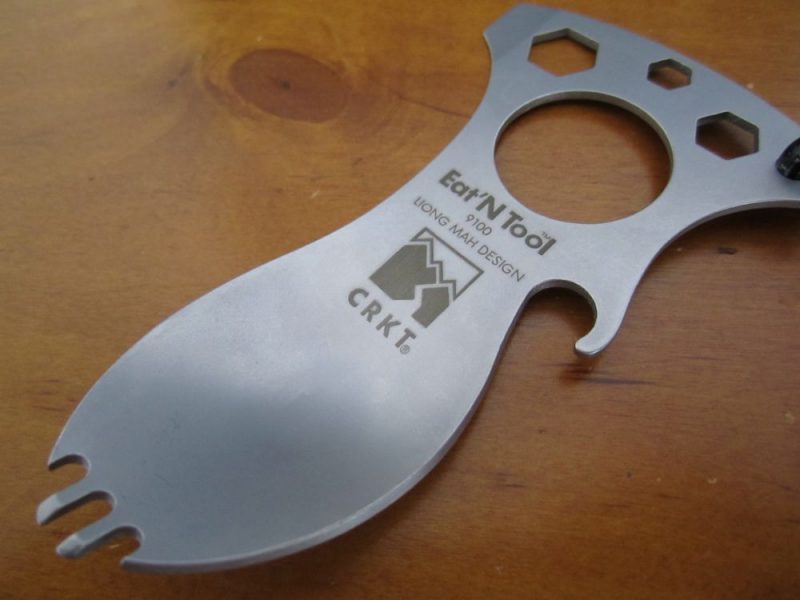 As with many memorable stories, this one begins with the line, “Back in college,”. Back in college, I used to regularly drive a 500 mile stretch between Southern California and the bay area, where I grew up. The trip had many perils, some of which included Los Angeles, a snowy pass, and the California Highway Patrol. Another peril was the sheer boredom induced by what seemed like an endless stretch of freeway traversing miles and miles of flat farm land where we crazy Californians grow your tomatoes, almonds and other tasties. While I normally made good time across the more isolated stretches of the journey, this trip was different.

I was driving on a stretch that was absolutely in the middle of nowhere, and I was starving. My body craved food so badly that my hands were literally shaking. No problem, I’ll just stop at the next sign of civilization and “dine” there. Unfortunately for someone else, and to a lesser extent me, there was a major accident a couple miles up the freeway. So major, that they shut down the entire freeway until a helicopter could be brought in. It was the kind of traffic jam where people literally got out of their cars and started talking. Not me. My blood sugar was falling into the abyss and I needed food pronto.

Desperate, I searched whatever random things I was transporting for this journey in the hopes of finding food. You might hope that I found a candy bar, a half sandwich or even some pretzels. I was hoping that too. But no. I found a can of tuna. Don’t ask me why I was transporting a can of tuna. While a plain can of tuna sounds like a disgusting snack, my hunger was so extreme, I was desperate to eat this tuna. However, there were two problems: 1) It was sealed tightly in a can 2) I had no utensils of any kind (or so I thought).

I began rummaging through the car like a mad man and soon found a Leatherman that had a crude can opener on it. Major score! I carved open the lid, solving problem one. More crazed searching led me to a random pair of chopsticks. I was overjoyed! Much to the horror of other bored and stranded travelers around me, I then proceeded to eat plain tuna, directly from the can, using chop sticks, in the driver’s seat of my car. 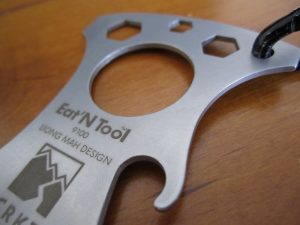 There, that’s several minutes of your life you’re never going to get back. What in the world does this have to do with tool reviews? Well, if I had the CRKT / I.D. Works Eat’N Tool at the time, I could have dined on that tuna with far less drama and probably a little more subtlety and dignity. The Eat’N Tool combines a spoon, fork, bottle opener, screwdriver/pry tip and three metric wrenches you’re highly unlikely to actually use.

Remember Leo Getz from Lethal Weapon? Joe Pesci goes off on a rant about how drive-throughs are basically out to get us. I personally have experienced the heart-wrenching moment when you pick up your take-out order only to realize when you’re ready to eat it on-the-go somewhere that it completely lacks the necessary utensils to dine with. As a result, you’re forced into odd behavior like eating tuna out of a can with random chopsticks. Unless you’re at work or otherwise opposed to profanity, check out this Lethal Weapon scene as case in point:

So, is the Eat’N Tool something I plan to carry around on my keychain? Nope. Unlike the recently reviewed Gerber Shard, the Eat’N Tool just isn’t minimal enough for my pocket-carrying standards. I am, however, adding it to the glovebox of my vehicle in case I’m ever stranded with no utensils or am otherwise F’d by a drive-through. It might come in handy on your next backpacking/camping trip, picnic or bike ride as well, especially since you can clip it on to something with the included carabiner. You can find the CRKT Eat N Tool

for a ridiculously low $5 and up (depending on finish), via Amazon. 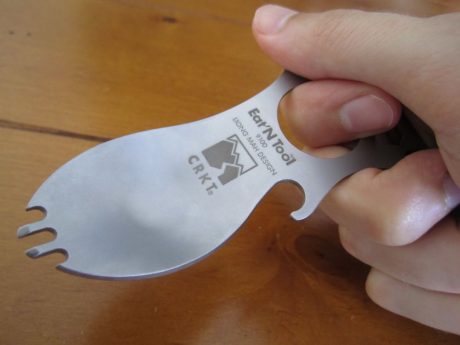