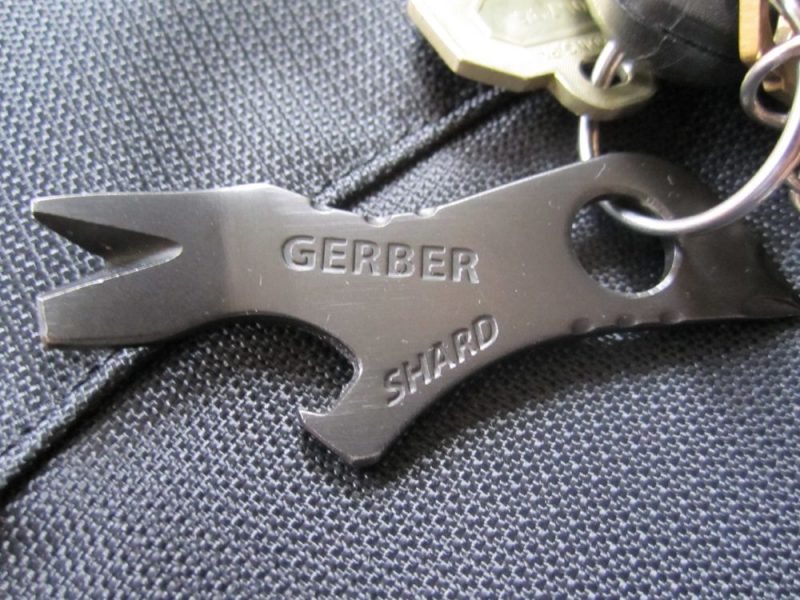 Like many men (and a few select women), I like to think that a zombie apocalypse is just around the corner. When our monetary system completes it’s current crash and burn cycle, electrical grids all fail, and zombies roam the streets, then I want to have a pocket tool that kicks some serious ass. But in the meantime, I just need a pocket tool to open beers and pry open an occasional metal item. While the Gerber Shard pocket tool won’t likely get you far in the zombie apocalypse, it did catch my interest as a nice minimal keychain pocket tool. I bought one a few months back and have been carrying it daily. Is it something you might want in your pocket? Read on for the official HomeFixated review.

I am definitely a minimalist when it comes to what goes on my keychain. This minimalism arises out of a healthy desire for self-preservation. As a man, I carry my keys . . . how do I say this delicately . . . in my pocket. By “in my pocket” I mean next to a sensitive area and directly adjacent to my femoral artery. As a result, I prefer not to have some prison-shank-like keychain accessory ready to lacerate me the first time I bend a leg or sit down. Instead, I prefer a pocket carry tool that I barely know is there. I’d also prefer that the TSA doesn’t confiscate my tool (keychain tool) and then sideline me for an “enhanced screening” where I am subjected to special government probing. Luckily, at just over 2.75″, weighing in at .6 oz, and officially deemed airline safe, the Gerber Shard met my basic requirements for a small pocket tool. Oh, and beer. It has to open beer. Or bottled soda.


The Shard is made of Stainless Steel with a dark and sexy Titanium Nitride Coating for corrosion resistance. Despite banging around on my keychain for a couple months, the finish shows little to no wear. I expected to see the finish wear off faster than the silkscreened logo on those giveaway carabiners, but the Shard’s finish has held up very well. The tool is small and light but still manages to feel very solid. The Shard features a few little grooves cut into the edge in two areas presumably to promote grip, but I found them a little too subtle to provide much extra grip. For as small as it is, the Shard has nice curves cut into it to make it relatively comfortable to hold. If you have giant hands, you may find the Shard too small to manipulate with much ease. 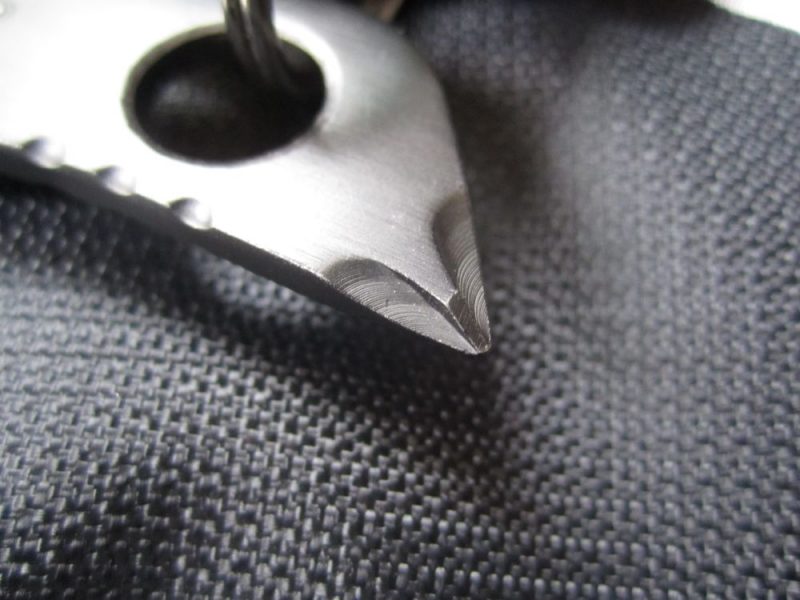 Despite the all-important bottle opener taking top billing, I found it a little awkward to use. The Shard will get your bottle open no problem, but because the tool is so short, you have very little leverage working in your favor. The two flathead screwdrivers are milled in a remarkably un-screwdriver-like fashion; shaped more like small rounded wedges than precise flathead drivers. I found myself walking for a conventional screwdriver far more often than reaching in my pocket for the Shard. Nonetheless, they can be useful if you have no better option. We ranked the pry bar pretty high even though it’s limited by the same lack of length and leverage that the bottle opener is. However, it’s still handy for things like opening paint cans and other light-weight prying tasks. While no replacement for an actual dedicated tool, the wire stripper can help you get down to copper in a pinch. And, what Gerber refers to as their “cross driver” is useful for phillips head screws toward the lighter-duty side of the spectrum. Finally, the lanyard hole (or keychain hole in my case) can provide you with the perfect avant-garde necklace. The thickness of the metal around the hole makes it a little tricky to thread onto a split-ring keychain, but once it’s on, you don’t need to worry about it slipping off, or breaking.

So while none of the tool’s functions really compete well with their full-sized, dedicated counterparts, the Gerber Shard does manage to pack an impressive amount of functionality and utility into less than three inches. It’s sized just right for a keychain that’s unlikely to impale you, and it still manages to regularly come in handy despite that compact stature. While it probably won’t take out any undead like this Zombie Apocalypse Survival Kit

would, it likely will help keep you hydrated and tooled-up without a regular tool in sight. At just over $6 on Amazon, if the Gerber Shard Keychain Tool

were priced any lower, they’d have to give them away free.