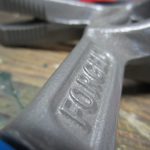 The Pulverizer and ClawBar are vital anti-zombie tools, oh, and they’re also ideal for concrete and demolition work. If there are two things I always like having on-hand it’s beefy demolition tools and zombie apocalypse defense weapons. The good folks at Ames True Temper generously provided both to us in the form of the Jackson Pulverizer and the True Temper ClawBar. Let’s start with the basics: proper naming. When tool companies name a demolition tool, it needs to sound damaging. When Bosch made its signature breaker hammer, did they call it “Fluffy”? Nope, they went with “Brute”! Ames True Temper had the right idea with these too. Just say “Pulverizer” and “ClawBar” and it already sounds like you’re decimating zombie hordes.

Before we head into the spec’s, check out our video from the STAFDA trade show with Ames/True Temper’s Head of Anti-Zombie R & D and Marketing, Jeff Koenig: 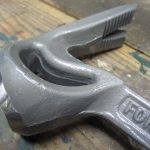 Strike, bust, break, gouge, decapitate, and yes, pulverize with the Jackson Pulverizer concrete demolition hammer. The Pulverizer is fully forged and heat treated to 48-53 Rockwell hardness for durability and safety. We’re not sure exactly what that means, but we’re pretty certain it translates to long-term zombie-busting quality. 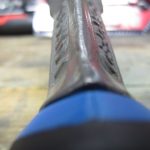 One feature we really liked is the Pulverizer’s triangle shaped neck to rip drywall. People use hammers to do this all the time, but the Pulverizer’s mass combined with the triangular design on the neck of the tool make it drywall’s (and zombie limbs’) worst nightmare. 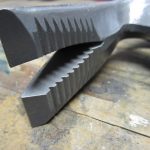 The claw portion of the tool actually has teeth on it for better prying traction. A textured TPE grip with shock dampening properties also helps you keep a firm grip, even in the face of sweaty hands or zombie goo. Since this tool is something you’re likely to swing aggressively, the grippy grip is a key feature.

The Pulverizer’s size, in particular it’s length, is both a shortcoming and an asset. At about 13″ in length, the Pulverizer is short enough to be tool belt friendly. However, if you’re doing any prying on stubborn nails or necrotic zombie parts, you might find yourself wishing the Pulverizer had a bit more length to bump up the leverage. If length and leverage are a major priority, read on for our coverage of the lanky ClawBar. 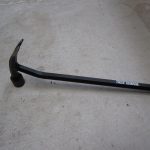 The ClawBar is an all-in one wrecking bar, claw bar, and hammer. This versatile tool is tempered for strength and durability to withstand nail pulling, prying, and hammering. Just imagine the kind of hammer swing you can generate with this thing! If you’re teeing up on a long distance dedication nail strike, just keep in mind driving nails with something this long becomes more like that totally frustrating pastime people refer to as golf. 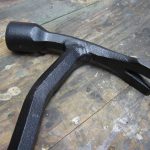 The ClawBar is great for levering and demolition jobs. Unlike the Pulverizer, the ClawBar delivers pretty substantial leverage (and also helps you maintain your “personal space” when you’re surrounded by the hordes of attacking zombies). It’s even painted my favorite color, black, making it ideal for swat team entries, black bag jobs, and general semi-stealthy mayhem. 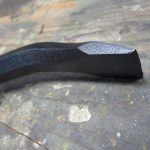 While it might have compromised tip strength, I thought the ClawBar could have used a notch or teardrop cutout at the long end to facilitate nail removal on both ends of the tool. Nonetheless, I found it pried even the beefiest and most stubborn nails with relative ease with the claw at the hammer end of the tool.

You can find the Jackson Pulverizer Demolition Hammer

for about $35 on Amazon. We were not able to find online ordering of the True Temper 30″ ClawBar at this point, however you can find them in select retailers including Alamo Iron Works, Fastenal, Wilson Supply and ADCI.