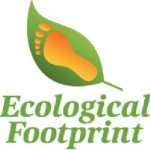 You’ve likely heard the term “carbon footprint” before. It’s a way of gauging how much carbon dioxide your activities (heating and running a home, transportation, food consumption) produce. The hope is that once one understands his or her carbon footprint, he or she will take ownership on their impact on climate change (based on the thinking that man-made carbon emissions have ramped up global warming) and adapt their behaviour for a greener earth.

The tough thing is, the issue of man’s impact on climate change is rife with conflict. Politics, special interest groups, accusations of conspiracies and other distracting fun have muddied the issues for many. More and more, people are starting to compare carbon footprints to Bigfoot prints.

Regardless of where you stand on the climate change / carbon debate, the majority of logical, sane, observant people can at least admit that we have an ecological impact – and that’s something we should care about.

What’s the difference? It’s merely admitting that we have an impact on our surroundings on a basic level. For example, if you built a log home, you used trees. If you drive a car, you’re buying gasoline that was made from dinosaur-aged oil drilled somewhere in the world. No real debate there, right?

For this reason, we suggest taking the ecological footprint test. The fact is, a lot of people don’t think about where their stuff comes from, and perhaps if they did – and knew the sheer amount of it they were consuming – and at a rate that’s not being replenished, they’d consider using less, tossing less and buying smarter, greener products. This is especially important to those of us buying homes, renovating and looking to make upgrades.

Curious? Find out what your ecological footprint is now at MyFootprint.org!