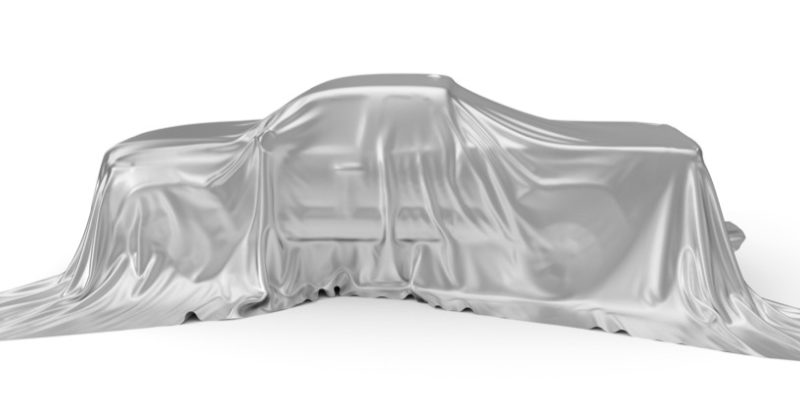 HomeFixated recently got charged up about installing a Level 2 Charger for an electric car. While researching the topic of car charging, I wound up very sidetracked exploring what is on tap for electric pickup trucks. Electric cars have been increasing in popularity rapidly, and it’s just a matter of time before they hit the pickup truck scene. Since we know more than a few Home Fixated readers are pickup drivers and fans, we can’t resist sharing a bit more on those elusive electric pickup trucks. Most of our focus will be on Tesla, but there’s also intriguing competition in the soon-to-be electric truck market from Rivian. Haven’t heard of Rivian? You’ll definitely want to check them out here.

Considering that Elon Musk sent an EV roadster into space, I wouldn’t be surprised if we see a Tesla pickup truck in the next few years. Rockets and stuff are cool, but the fact that Elon designed an EV semi seems to indicate he has a soft spot for trucks. Back in June (2018), Elon Musk sent out this tweet:

What would you love to see in a Tesla pickup truck? I have a few things in mind, but what do you think are small, but important nuances & what would be seriously next level?

He declared, “The Tesla Truck will have dual motor all-wheel drive w crazy torque & a suspension that dynamically adjusts for load. Those will be standard.” and, “Pickup truck will have power outlets allowing use of heavy duty 240V, high power tools in field all day. No generator needed.” Look out cordless tool brands, Tesla is ready to bring back the cord and juice up your high-power tools! Of course, you’ll have to work really close to your truck, or carry a serious extension cord. I’m not convinced pickup drivers want to turn their truck into an oversized fuel cell. After Elon requested feedback, not surprisingly the input from the twitterverse was wide-ranging and prolific.

Suggestions in the thread included a powered dumping bed (a popular request), seating for 6, solar panels, integrated flamethrowers, and, of course, standard truck balls. One person requested a $20,000 price tag – somehow I’m not holding my breath for that one. Asking truck lovers for opinions on trucks is like opening Pandora’s box . . . you better grab a seat and some popcorn, it’s going to be a while before the suggestions die down.

Around the same time I was exploring the world of EV charging and electric trucks, I got into a discussion with an experienced HVAC guy named George. He drove a tried and true Ford F-series. I asked him if he would ever buy an electric pickup, and without hesitation he said yes. I asked George what he would want it to be like and he said it should basically look and function like his Ford pickup truck. His main advice to Elon or other electric pickup designers: don’t make some dainty thing with a tiny bed tacked onto it like those old VW Rabbit pickup from the 1970’s (or, apparently more recently too).

This sentiment for practical design was echoed in many of the comments on Elon’s EV truck thread. John Sexton (@diverdutch) stated the electric pickup truck should “be truly utilitarian like a mid ’90s F250 and not look like a rocket designer moonlighting as F1 race designer drew it.” Although the market may be clamoring for practical, utilitarian design, something tells me Elon is not going to listen. Electric vehicles just aren’t known for looking, well, “normal.” The Tesla crew will likely come up with something sleek, badass, and with more innovation than pickups have seen in the last couple decades combined. Then it will be up to the market to decide if a Tesla pickup truck is going to make the cut.

Rivian – The New Kids on the Block in Electric Pickup Trucks

But other brands, both independent vehicle companies and the big car makers, are working on their own electric pickup truck models too. One of the more intriguing upstarts is the potential Tesla rival, Rivian. Here’s some info along with some tantalizing shots of their upcoming R1T:

After perusing the R1T’s spec’s, photos and videos, I have to say, the Rivian looks riveting. It’s like a minimalist, Ford Raptor from the future, that the designers left in the wind tunnel for bit longer than usual. Plus, Rivian plans to come out with an SUV too. From what I can see, Rivian has done a great job of balancing traditional truck design and practicality with some state of the art functionality, design and features. I find it hard to imagine it won’t be a huge hit with at least a portion of the truck market.

While Rivian seems to be further along in bringing an electric pickup truck to the market than Tesla, it’s hard to discount the muscle behind the Tesla brand. They have made and sold a lot of electric vehicles at this point, and that experience, capacity and brand awareness gives them a decided advantage. If Rivian beats Tesla to market and knocks it out of the park though, Tesla may be playing a serious game of catch-up.

Would You Buy an Electric Pickup Truck? We Want to Hear From You

As the behind-the-scenes battle to bring a serious electric vehicle contender to the pickup market intensifies, we wonder what all of you think. Would you buy an electric pickup truck? And if so, what features would you love to see in your electric pickup? Please share your thoughts in the comments below!