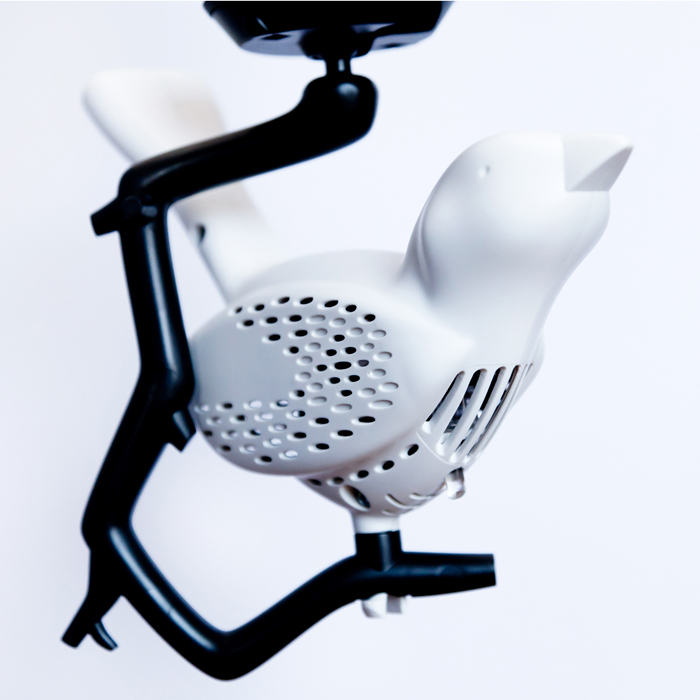 Whether your dwelling is a 1946 Airstream trailer behind a meat-packing plant, or a 12,000 square foot mansion on ten acres in the Hamptons, it’s your home-sweet-home, and you want to keep it safe and secure. One of the biggest threats to this safe haven comes from fire; according to the NFPA (National Fire Protection Association), more than 1,000 home structure fires are reported on an average day. This translates to 42 fires every hour, or one reported home fire every 85 seconds. In a recent five-year study period, home fires killed an average of seven people per day. The NFPA also found that almost all homes have at least one smoke alarm, but almost two-thirds of home fire deaths in 2006-2010 resulted from fires in homes in which no smoke alarm was present or at least one was present but none operated.

Assuming you’d prefer YOUR little corner of paradise not go up in smoke, an adequate number of good-quality, FUNCTIONING smoke detectors is your first line of defense. (Living in an old house, I’m a little fanatical about this subject. We have detectors in every bedroom, in the hallways, most rooms on the first floor, and two in the basement, in a combination of hard-wired and wireless units).

Smoke detectors have been around for decades, and your choice of styles was almost limitless—as long as you wanted a round, white plastic one. In recent years, though, great minds have been at work to remedy this lack of style. We here at HomeFixated, in our ceaseless efforts to help you purty up YOUR space, have come up with a few somewhat more interesting options for your fire notification needs.

The Bird is the Word

Unfortunately, many of the great minds that have been at work are located overseas, and their innovative designs aren’t readily available here in the U.S. By far the most cool and unique offering that IS easy to get here is the Chick-A-Dee Smoke Detector, invented by a Dutch woman, Louise van der Veld. The form was inspired by the American Black-capped Chickadee, channeling a “canary in the coal mine” theme. Canaries were used in the early days of coal mining, brought in by the miners because they could detect even slight levels of noxious gases like carbon monoxide and methane. If they became agitated, it was a warning that some gas was present; if they keeled over dead, that provided good motivation to get out NOW!

Louise’s bird, which won a design contest in her country, belts out an 85-decibel chirp to let you know it’s time for YOU to get out. The batteries last about a year and a half, and are said to be easy to replace. A small light flashes about once a minute to let you know the device is active, and a test button lets you make sure the bird is ready to squawk when needed. The Chick-A-Dee comes with a three-year warranty, and is UL approved. Get one in black or white from the A+R Store for $75.

If you’re doing a major remodel, putting up a new home, or if you have a home that gives you access to the ceiling in most of your rooms (a ranch-style house, for instance), Kidde offers a hard-wired model, the Silhouette Low-Profile smoke alarm. Designed to be installed in a standard ceiling-mounted device box, the face of the unit protrudes only ½” into the room. Silhouette alarms contain a sealed, rechargeable battery (for backup power during power outages) that lasts the life of the alarm, meaning homeowners never have to replace a battery.

A benefit of the hardwired system is that many detectors can be interconnected, and when any unit detects a problem all the units sound an alarm. If you’re asleep on the second floor, and an alarm sounds in the basement, you’ll know about it! One touch of the Smart Hush™ Button will quickly and temporarily silence nuisance alarms or test the operation of the alarm and its interconnected system. The unit emits a chirp every 30 seconds when the alarm needs to be replaced. The Silhouette is UL approved, and it comes with a 10-year limited warranty. The Kidde KN-SMFM-i Silhouette Hardwire Low Profile Smoke Alarm

is widely available, including from Amazon for around $65 each.

If Only It Came In Fire-Engine Red…

Another award-winning design (it won the Red Dot Award) is the Kupu smoke alarm from Jalo. The brainchild of Harri Koskinen, the unit is covered in soft fabric, making it a bit more pleasing to the eye than the standard white plastic circle. The entire surface of the Kupu acts as its button, for testing function and silencing false alarms. The Kupu is powered by the three included CR2450 3V lithium batteries, which should last five years, and produces an 85dB warning tone. The Kupu is available in several colors (but NOT in red!), but not from any U.S. distributor, as far as I can tell. It IS available online for about 30 Euros from Connox,  which happens to be in Germany. If you also happen to be in Germany, good news—shipping is free! If, however, you happen to be in the U.S., you’ll need to tack on about another 25 Euros to get it across the Atlantic.

Big fan of Silence of the Lambs? Closet lepidopterist? (Don’t worry, that just means you like to study moths. Unless that’s your entire social life, and then maybe you SHOULD worry…). Anyhow, to illustrate just how desperate people are for something out of the ordinary, Jalo offers up the Lento, the world’s first, and likely last, smoke alarm patterned after the moth. The Lento also won the Red Dot Award for design. Anyone notice a pattern here? American manufacturers, take note: Wanna win an award, and tap into a mostly unserved segment of the market? Design a damn smoke detector that ISN’T round and white!

Like the Kupu, the entire surface of the Lento acts as the button for testing and silencing the unit. It takes the same type batteries, also with a five-year lifespan, and also wails away at 85dB. At a bit over 7” in length and width, the Lento is pretty likely to attract attention as it clings to your ceiling (via the 3M mounting tape provided). Whether that attention is of a positive nature is up to the beholder; you may not want to put one over the bed of a three-year-old, for example, unless the child is a budding lepidopterist. The Jalo Lento comes in green, pink, white, grey and black, and is also available from Connox  for about 30 Euros, with the same 25 Euro shipping charge to the U.S. If you’re in need of a LOT of chirping moths or fabric-covered detectors, shipping to the U.S is FREE if you spend over 500 Euros (about $670 at the current exchange rate). A smoking deal! (Sorry).

I came across a couple of other interesting products while I was researching this article. Unfortunately, they seem to be prototypes of products that never got into production, which is unfortunate, because they incorporated some very innovative ideas.

The Signal smoke detector  by Matthew Jobson, for example, has a pleasing curved design, and a lid that pops open when the batteries run out, displaying the brightly colored housing. This provides a nice visual cue to alert you that it’s time to change batteries. It also includes glow-in-the-dark arrows and outer body, the designer’s attempt to involve children in the process of fire safety education.

The Take and Go (TaG) smoke detector and mask in one, designed by Germain Verbrackel, is the first of its kind. The TaG is shaped like a mask, and has a built-in detector. When it detects carbon monoxide emitted by a fire, or presumably from any source, it emits a sound signal and flashing LEDs to make it easier to find in a smoke-filled room. The mask can be put over the mouth and nose to filter the carbon monoxide out, and allow the user to evacuate. The “sonorous” sound and flashing lights can also be helpful to rescuers—in the event you happen to pass out in the vicinity of the mask. But what a great concept—a device that can alert you to danger, and then help you escape it!

So the bottom line here is this: If you’re a consumer looking for an eye-catching replacement for your boring, white smoke detector, your options are limited but interesting. If you’re an inventor or smoke detector manufacturer (you listening, Kidde?), Red Dot awards and style-conscious consumers await!