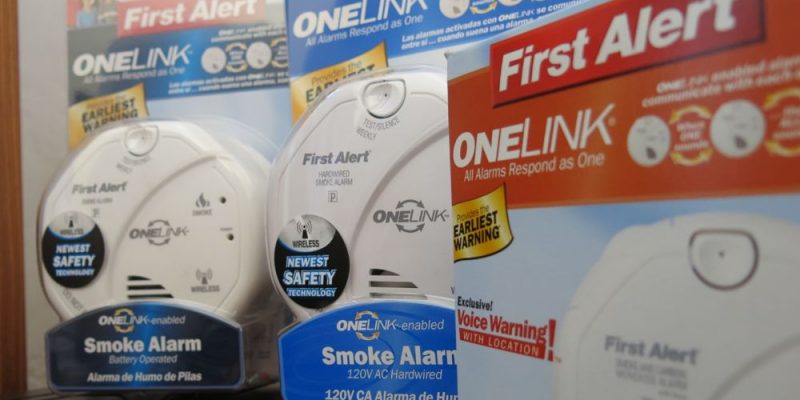 In a former life, I went through some emergency services training. One of the less pleasant portions of that training involved seeing the aftermath of house fires, both human and otherwise. Without going into graphic detail, the training vividly imprinted the importance of smoke detectors on me. If there’s a fire brewing in your home, you most definitely want to know about it, ASAP. When I realized our current detector layout was comprised of a new unit I put in, and a couple legacy units that appeared to be artifacts of the cold war, I knew it was time for a change. Putting off your home’s fire safety is a game of chance you don’t want to play.

As I started to explore smoke detector options it dawned on me this was an area of technology that could use some help. Innovations in this sector have been incremental at best, with just a couple exceptions. One big exception was when Nest stepped into the market with the Protect detector. This detector has a lot to offer, including voice interaction, user-friendly programming, visual status indicators, text alerts, smartphone silencing and a much more sexy industrial design. The only downside I could find was price, which is more than double that of First Alert’s OneLink series. With the well-regarded Nest thermostat, you’re buying ONE thermostat. It’s a whole different ball game when you’re buying a half dozen or more smoke detectors to protect your entire home. For small homes, the Nest makes a lot of sense. For larger homes, some people will want a more cost effective option.

Researching less spendy, but still innovative smoke detectors eventually led me to the First Alert OneLink system. I say “system” because these smart detectors can actually be networked to each other. Why would you want your smoke detectors communicating with each other? The simple answer is time. In residential fires, seconds can make the difference between early warning and too late to get out. If a fire starts in an area far removed from your sleeping area or current location, having the alarm closest to the fire trigger other alarms closer to you give you and your loved ones a head start on getting to safety. First Alert sent us a batch of OneLink detectors to test out, and we’ve been doing so for a long time now. Since some detectors are overly sensitive or short-lived, we wanted to evaluate the OneLink series longer term to test how prone they are to nuisance alarms and how they hold up over time. More on that shortly.

Thanks to some laws encouraging it, many newer homes throughout the country are equipped with hardwired detectors. It’s worth noting these detectors all still have batteries that should be serviced. Without battery backup, a hardwired detector would have a tough time doing much in a power outage or a fire that melted key parts of the electrical system.

If your home uses gas-fired appliances, or if you like to leave your car running in the garage, or you’re living in an area that mandates it – having one or more detectors equipped to detect carbon monoxide is the way to go. Make sure you carefully follow the advice in the user / installation manual on proper placement for the different types of detectors.

After having the First Alert OneLink Detectors in place for two years now, one thing I can attest to is that they are not prone to false alarms / nuisance alarms. These tend to occur if you get a little overzealous with your toaster. This usually results in a panicked flurry of activity with people running around, plugging their ears, and trying to find something to stand on in order to silence the detector. Happily, we didn’t run into any of this, even though we have two detectors within ten feet of our kitchen, where we frequently burn things.

When setting up or testing your First Alert OneLink detectors, if you find yourself hearing voices, just relax. Several OneLink models come with a voice warning which can also be programmed with a location. While we wish they came with celebrity voices, you’ll need to be content with a jarringly-loud male voice shouting “Warning! Smoke detected in master bedroom!!!! Evacuate!!! Evacuate!!!” (or whatever location you pre-program, selectable from 11 different location presets). Like most detectors, these feature a low battery warning chirp which inevitably kicks off at about 2:00 am. We’d love to see detectors that decide to warn during daylight only initially and then punish you with nighttime wakeup calls if you fail to replace the battery in the first day or so.

The OneLink series enables you to connect up to 18 units. According to First alert, the RF communication will work to a maximum of 50 feet between detectors, however that can vary depending on site conditions. These units are not intended to transmit between buildings. Although the user manual states “Your First Alert OneLink Smoke Alarm will automatically communicate potential fires with all other First Alert Onelink smoke alarms.” we found that a little misleading. In order to actually have that be the case, you need to follow a series of steps when installing the detectors in order to network them. These steps involve pressing and holding the test button on the first unit, then doing similar steps (with and without the battery drawers open initially) on subsequent alarms. Furthermore, if you’re using hardwired units, you’re instructed to connect the wiring to those last. Frankly, we found the networking process sufficiently non-intuitive that I would guess most people either assume the units network automatically, or don’t bother to network them.

While many reviews touted the OneLink as “easy to program”, here’s a question and answer from Amazon.com –

Question: How do you link them together? I press the test button and only the one goes off.
Answer: open the drawers on all,make sure batteries are inserted correctly close the first drawer on the first one while holding the button down it should chirp then push the second drawer closed while holding the button down right after it chirps go to the first one and hold its button down until the second one chirps, now you are done. check them now by holding any of the buttons down until it chirps,and then the others will follow with a chirp. do this while they are all close by.

Crystal clear, right? First Alerts instructions have proper punctuation, but still seem clunky, especially if you’re programming more than a couple units. This issue is the single biggest drawback I found to the OneLink series. The networking feature is either something that should work automatically, right out of the box, or something that can be done with a single button press that doesn’t involve a multi-step process and going back and forth between each detector.

With that said, it’s not rocket science, and once networked, the OneLink detectors work together admirably. Assuming you have your detectors close enough to each other, it’s not hard to imagine the OneLink feature saving both property and lives in larger homes. So, while it’s an outstanding feature to have a detector activated in one part of your house activate the detectors in all of your house, we’d love to see it more seamlessly setup, ideally without needing to study a user manual.

A Reminder on Batteries

The smartest, most sophisticated smoke detector in the world can quickly become a useless, melting ceiling ornament if its batteries are not replaced. Some people like to use the time change as a reminder. Others use a particular holiday. Still others use an article on HomeFixated.com reminding them to CHANGE YOUR SMOKE DETECTOR BATTERIES NOW! Whatever reminder you use, keep your detectors juiced. It’s also worth noting that many detectors have a limited lifespan, after which their detecting abilities can fail. If you have some ancient detectors like I did, it’s worth investing in some modern replacements. The box on our OneLinks said to replace them 84 months after installation (or, as I like to call it, seven years).

First Alert OneLink Pricing and Where to Buy