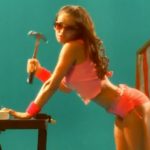 Earlier this week, our friends over at ToolSnob weighed in on tool demolition videos. That got us thinking about some of the more entertaining tool commercials and promos we’ve seen over the years. Frankly, there’s a lot of pretty boring advertising material out there. It drills, it cuts, see. . . .here you can see it drilling and cutting. ZZZzzzzzz. That’s why we’d like to tip our hats to a few of the more creative attempts at tool commercials.

Dewalt Safety Issues:
Nothing says funny like the threat of bodily injury and workplace safety violations. Dewalt gently reminds us to heed what is on the other side of whatever surface you’re drilling into.

Over-Produced Hilti Commercial:
This commercial derives much of it’s entertainment value from it’s somewhat random, over-produced vibe. It kinda feels like you’re watching a short film. . . in Berlin. Unfortunately, really nice videography and slo-mo, highly accurate pebble-tossing does not inspire me to buy tools. Entertaining by way of its unintended funniness nonetheless.

Shoulda Bought a Stihl:
Don’t you hate it when a critical power tool doesn’t live up to your expectations? This guy feels the same way.

Milwaukee Says Their Tools are Torquey:
If we had a dollar for every time we’ve heard a torque stat for a tool. Show me, don’t tell me! Milwaukee does just that. We also like the Formula 1 sound effects despite the fact the guy is driving what appears to be a VW Rabbit.

Sex Sells Commercial:
OK, so technically this is a Benny Benassi music video for Satisfaction. However, 95% of people viewing it on YouTube think it’s a tool commercial, which is funny since it doesn’t really mention brands or where to buy them. There’s even a spoof showing it as a Home Depot ad. All I know is I bought five jack hammers, and plate compactor and a belt sander after seeing it.

Stayed tuned for our next funny tool commercials post!