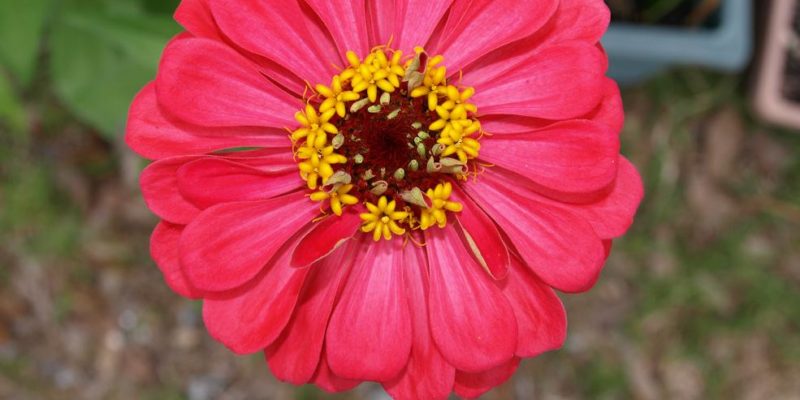 Like many people, I’m not a big fan of spending money on products that claim to make my life easier only to discover later on that their usefulness was overrated. This is the main reason you should avoid home shopping channels, especially when you’re sick and sleep deprived. That cheap vegetable shredder sounded like such a good idea, never mind that you were zonked out on heavy duty medicines. So, if you’re wondering what affordable garden fertilizer and potting soils are worth their weight in gold and which ones didn’t quite live up to the hype, here’s some great advice on the subject.

Fertilizers – Clear Winners in Both Non-Organic and Organic Options

If you are not into organics, the clear winner is still Osmocote granules. What’s great about these tiny pellets is that they’re self-regulating, hard to overdo, and they supposedly work for three months at a time. They’re also very reasonably priced at about around $10+ per bottle, and they last a long time. (Mine’s been holding out for several years now.) There are even formulas for cactus and citrus plants but I haven’t tried those yet. However, the granules are clearly not organic and this is a factor that can contribute to salt build up in your soil and in your potted plants. There have also been a few nutrient related problems they haven’t solved in the past.

On the organic side of the equation, I’ve recently discovered Ecoscraps. It’s another pellet-style fertilizer, which means that it’s self-regulating and easy to use. This product is made from recycled food waste, making it very environmentally friendly. It’s also cheaper than the Osmocote granules and it comes packaged in larger quantities. I’ve found that that the generic formula does wonders for flowers. The zinnias in particular have kicked into high gear. There are also some specialized varieties available. However, this product doesn’t seem to solve long-standing nutrient problems and you must reapply it once a month.

Other noteworthy organic products that I’ve tried in the past include fish fertilizer and blood meal. The fish fertilizer works faster than the pellets generally do. However, it smells terrible and it’s certainly not recommended for indoor plants. In fact, I spent one winter wondering where the bad smell in my room was coming from. It turned out to be coming from a jasmine vine that had been treated with this stuff. The fish fertilizer is also rather expensive.

Blood meal gets kudos for working quickly and being fairly affordable. Too much of a good thing will kill still your plants so you need to be very careful when using it. If you don’t like products that require careful measuring you’ll definitely want to skip this one.

Potting Soil – The Quest for Affordable

Miracle Grow is pretty much the gold standard if you’re not into organic stuff or you don’t need specialized potting soil for your carnivorous plants. This company has lots of different formulas available, most of them with long-lasting nutrients already added in. The main downside is the price. Miracle Grow generally runs anywhere from $8 to over $10 a bag. It quickly gets to be a budget killer if you have lots of potted plants. Another factor to consider is that Miracle Grown isn’t organic. It’s also inappropriate for carnivorous plants because it contains fertilizer more often than not.

However, sending a roommate to the store on my behalf caused me to end up with a few bags of Sta-Green potting soil (around $6). Although I found quite a few online complaints about it, I personally end up with very loamy stuff. I planted a hardy hibiscus in it and it’s now going gangbusters compared to the one that I planted in cheaper soil. However, given the reviews online, you may want to do your own testing before investing in large quantities.

My quest for cheap but functional potting soil keeps coming up woefully short. I’ve tried out several low-priced brands but success has eluded me. Although my regular readers will be aware that I mentioned these products in a few articles, I haven’t developed a favorable impression of either variety. Nor would I truly recommend them. Their eye-catching price tags haven’t made up for their lack of nutrients, bad compositions, and the fact they keep causing my plants to drop dead. The conclusion here is that if I want to keep seeing good results, I’m going to have to stick with affordable, mid-range potting soils like Sta-green.

As for the fertilizer, I’ll probably continue use Osmocote unless the plant in question is a flower. But the Ecoscraps are certainly an acceptable, environmentally friendlier alternative for organic gardeners.

Get Osmocote Plus fertilizer granules starting around $13:

Do you have any products you’d recommend? Tell us about them in the comment section below.