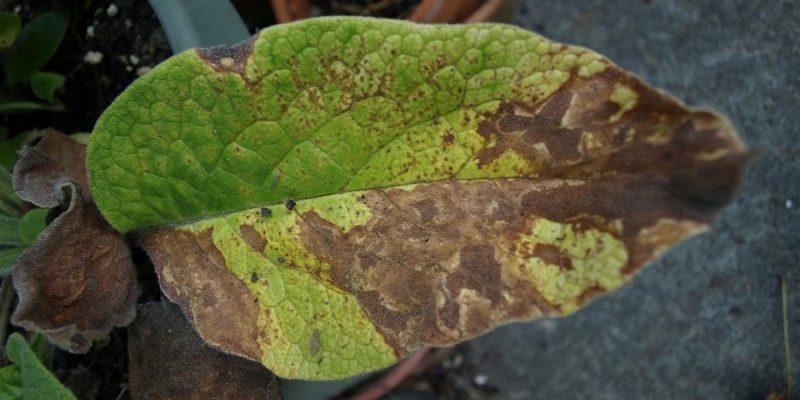 Except for the hordes of thirsty mosquitoes that view me as their own personal blood bank, summer is without question the best season for gardeners. In my not-so-humble opinion, Christmas is overrated because it has a decided lack of fresh tomato and bacon sandwiches. And nothing beats a tomato and bacon sandwich except possibly a cucumber one. However, not everything is peachy when it comes to summer gardens. Sometimes things go bad. Read on for some common garden problems and how to resolve them.

Every season has its phantom menace. Before the advent of online shopping the main difficulty at Christmas time was avoiding road rage in the mall parking lot when someone zipped into the open space you’d been waiting on for the past two hours. Likewise, sometimes in the summer it’s hard to avoid freaking out and spraying everything in sight when the aphids have gone from a minor irritation to some zombie task force with a taste for plants rather than brains. At least they are easy to recognize as being purely evil.

But how do you tell the difference between a lack of fertilizer and an illness? Just how serious are those yellowed leaves on the bottom of the plant? And what is that insect? “Bug! Identify yourself or prepare to be exterminated!” These questions plague those of us who are attempting to grow the perfect salad without using too many additional chemicals as seasoning. 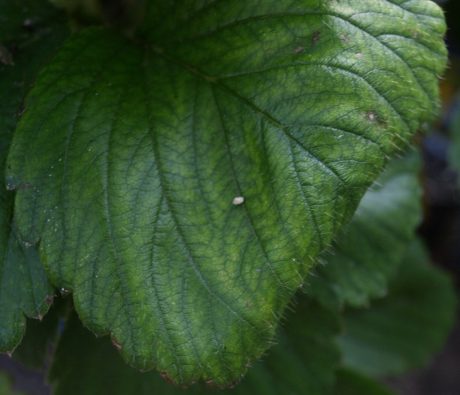 Troubleshooting and assessing the situation isn’t always easy. However, liquid pooling up on the soil surface is bad news for everything but aquatic or semi-aquatic plants. It is also true that too little water can cause plants to croak but the symptoms are far more obvious. Plants start to droop visibly and look as pathetic as the little kid that didn’t run fast enough to catch the ice cream truck. It’s a good idea to have a regular watering schedule, but it’s okay to skip administering liquid sustenance when it rains.

If you have overwatered in-ground plants for long periods of time, they may be doomed, especially if they are Mediterranean in origin or succulents. Placing half drowned victims in an appropriately sized terracotta container with fast-draining soil might save them. The bare spots left behind can then be filled with bog plants if the issue is your yard rather than overzealous watering practices. I’ve found irises, canna lilies, lemon balm, strawberries and mints to be good candidates for damp spots, though the last two have obvious world domination issues.

You might be surprised to learn that when plant leaves turn purple this typically indicates a nutrient deficiency not a disease. I’ll admit this fact would have been helpful to know before I single handedly and almost completely defoliated a vegetable plant a few years back. Pale or yellowing leaves also are usually the result of insubstantial nutrients.

In most cases, it is a good idea to regularly apply a fertilizer of some sort. However, I speak from experience when I say to read and reread the instructions. Applying too much of even the most innocuous sounding organic fertilizer can cause unintentionally tragic results. Alas poor begonias, I knew them well!

Researching a plant’s nutrient needs once they’ve been brought home is a no brainer. Most plants come with handy little instruction labels that say what growing conditions they prefer but the web is also a great source of information.  Of course, the plants can speak for themselves in regard to their light preferences.

Suppose your plant is pale and floppy like an English person in the summertime. Just like them, it’s not been getting enough light and should be treated accordingly. For plants that seem as baked and dehydrated as southern gardeners when the thermostat has reached triple digits, the problem is too much light. Both plant and person could do with some liquid refreshment and some shade.

If you are like me and my aunt, you keep purchasing lush, green dill or some other tasty herb. It does perfectly fine for awhile then inevitably and randomly drops dead. It’s a tragedy with no known cause.  Needless to say, I eventually decided to consult with my trusty, no-fail garden book. As it turns out, dill is an annual not a perennial despite what we’d previously thought.

A similar scenario can happen when the temperatures begin dropping. After all, if there are no leaves on the plant, it has to be dead right? Not really. Like the Sith or Ah-nold, thymes and lavenders will definitely be bock. There are other plants which will return in the spring as long as you don’t let their roots freeze such as turmeric, cardamom, and ginger. So don’t freak out if they don’t immediately return in the spring, because all that will do is give you grey hairs and high blood pressure. With all that said, this is but a brief outline of some common garden care problems. We hope it helps in your gardening adventures!