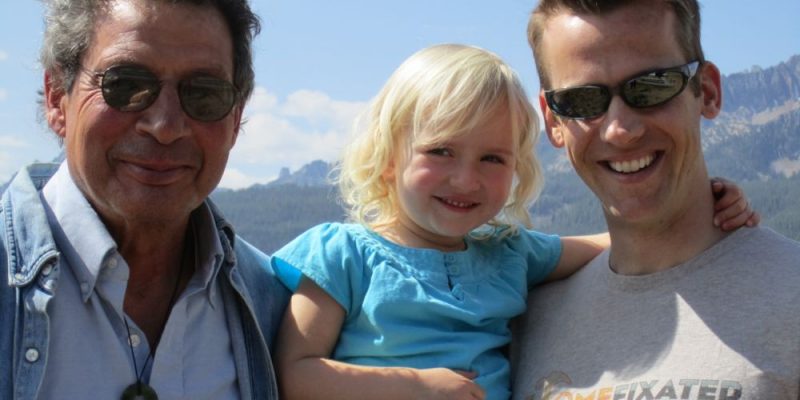 Whenever I get asked what led me to start Home Fixated, my answer revolves around two people. First, my single mom, who handed off power tools and household responsibilities to me early in life since there wasn’t a “man of the house” present during my childhood. And second, to my Big Brother, Richard, who infused a love of tools and the creativity they can be combined with to fix or create just about anything. Richard and I were matched when I was about 10 years old through the Big Brothers Big Sisters of America organization. They took a look at our likes, hobbies, interests and personalities and someone there made a GREAT match. Thirty three years later, Richard and I have been close enough that my daughters call him Uncle Richard. While I don’t normally dive into personal stories online, I thought Home Fixated would be a fitting place to honor him, especially since this site likely wouldn’t exist without his influence on me.

At age 10, my hobbies (obsessions?) changed on a seemingly weekly basis. Richard was not only there to indulge and nurture them all, but also expose me to new experiences. Some of those experiences pushed me outside my comfort zone, which I eventually came to realize is a place where a lot of great things can happen. A couple of these experiences stand out. Early in our relationship, Richard took me sailing. We were in a small sailboat, perfectly sized for an adult and a small kid. We were having a great time as Richard introduced me to the mystical physics that powers sailboats. As we zipped around the small lake, Richard casually said, “It’s important to know what to do when your boat capsizes.” That makes sense I thought, as I assumed this was all theoretical. He then said, “I’m going to capsize on purpose so we can right the boat together.” At this point I was no longer feeling the love for this sailing journey. I was wearing jeans, and somehow getting dunked in the relatively chilly water didn’t have much appeal. In fact, I was pretty terrified. I said something along the lines of, “I have a really good imagination, and if you just TELL me what we WOULD do if the boat capsized that will be good enough.” Richard wasn’t having any of that. “Nope, we’re going to actually DO it.” At this point, I changed my strategy. “I’m going to tell my mom!” I exclaimed as threateningly as possible. My mom had a forceful personality that could command respect from just about anyone, I was pretty sure this tactic would give Richard pause. Instead, Richard knew she’d back him up on this character-building endeavor. Next thing I knew I was bobbing in my life vest next to our capsized boat, soaked jeans and all. Richard then walked me through righting the boat. It was an early lesson, some things are best learned by doing, not just by studying or talking about them. 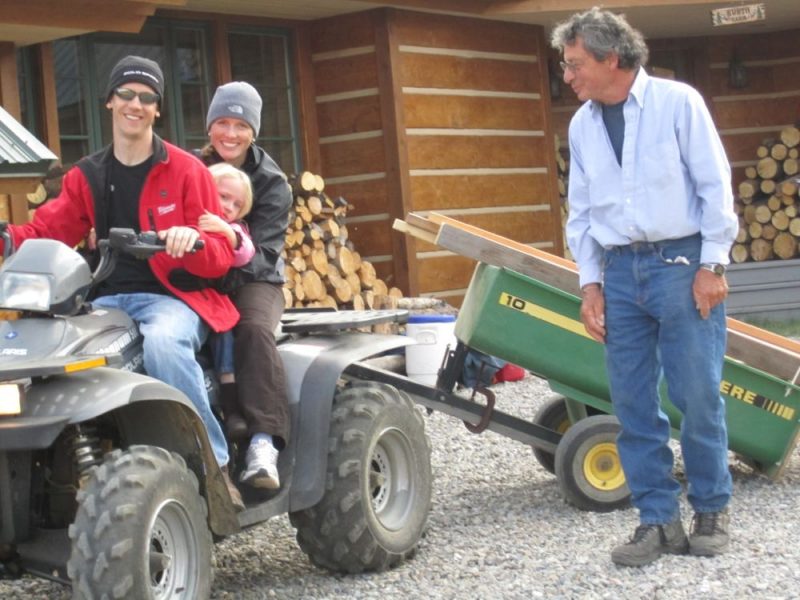 Aside from being a Big Brother to me, Richard volunteered for numerous organizations over the years. One non-profit Richard was instrumental in creating was the Inner City Outings program in the San Francisco bay area. According to his wife, it was not unusual for him to spend 36 week-ends a year taking inner city kids rafting, backpacking, skiing, or camping. Part of this program was called Friends Outside, which worked with youth that also happened to have one or more parents in jail. In my early teens, Richard told me about his work and said he was helping lead a backpacking trip into the Sierras with a group of these kids. He asked if I wanted to go. Having grown up in a comfortable middle-class suburban home, this sounded a bit sketchy to me. Some initial questions that went through my mind were 1) Will I get shot? 2) Will I be stabbed? 3) Will I be robbed of my freeze-dried meals and trail-mix and left for dead in the wilderness? Despite those initial concerns I ultimately said yes. It was another step outside the comfort zone, one that Richard gently nudged me toward, without really pushing. Sure, I almost got in a fist fight with one of the kids, but the resulting trip was a formative experience. I still remember the exact moment of the trip where I felt the confidence to endure whatever physical challenges came my way in life. A moment when I realized I could push myself in adversity and persevere. It was a trip that by hindsight was part of my transition from boyhood to manhood.

Richard was an original Maker, back before being a Maker was a thing. As a former engineer at IBM, Richard was a creative mind that was tapped to help find solutions to tricky problems in their production lines. When I was a kid I remember him telling me about a solution he was working on that used lasers to strip the insulation off tiny wires used in IBM’s components. Richard made engineering seem cool. Well before I had a driver’s license, Richard asked if I wanted to build a go-kart with him (um, YES!!!) He sketched out the plans, and we literally built a go-kart from scratch. By “we” I mean mostly Richard, but he showed me how to weld the frame, bolt together parts securely, and how to build and connect the steering linkage. Like any project, he gave me the freedom to be hands-on as long as it was done safely. We even hand-built the seat from plywood cut on a table saw. Aside from the motor and steering wheel, just about everything else was built from basic metal tubing, generic parts and hardware. I got to name it – we painted the seat red, emblazoned it with a bolt and called it Red Lightning. . . a pretty flashy name for something powered by a 1.5 HP Briggs and Stratton lawnmower engine. I got the chance to drive it in a big empty parking lot. Even though I was probably going under 20 MPH, as a little kid, with my butt riding about 2″ off the ground, it felt like I was going 150. The fact that we had built the kart together made the experience all the more amazing. I know a lot of pretty handy people today, but not many that would have the skills to pull off designing and fabricating a completely custom go kart.

I left for college, and Richard and I stayed in touch. During one college summer, Richard and his wife were working on remodeling their home in the San Francisco bay area to prepare it for sale. They offered me a summer job to help. Each morning, I’d hop on my bike and time myself on how fast I could ride from my home, across the Stanford University campus to their home. Richard let me get involved with just about every step of the remodel; tiling the bathroom floors and showers, drywall, carpentry and painting to name a few. It was the summer I found a new level of respect for tablesaws, when the one I was using caught a cutoff and launched it like a wooden spear whizzing a few inches from my head. We spent hours, days and weeks bonding over “work” we both got a lot out of. Richard bravely indulged my tastes in music, and found himself liking what became the soundtrack of our working summer. He was one of the few adults his age that knew various hits from Better Than Ezra. The summer spent remodeling with Richard further solidified my DIY sense that you didn’t have be a pro to do something, you just had to be willing to learn what you can and go for it. In short, you had to step a bit outside your comfort zone. Sooner or later, you’re comfortable doing things that might have seemed impossible before. It’s an empowering mindset, and one that can carry over into other walks of life.

From shortly after Richard and I met to the present tense, we would visit a small town at the base of the Sawtooth mountains of Idaho. It’s where all these photos were taken. Richard heard about the beauty of the isolated area from several sources. He then visited and found it lived up to the reports he heard, so he bought some land there. Initially, we camped. Richard engineered a solar shower that took icy cold water from a creek running through the property and heated it for a remarkably civilized shower in the middle of a forest. Richard built a small cabin (back before the tiny house movement became hip). Eventually, they built a custom log home there. In more recent years that home became base camp for my family’s annual summer visits. Not only was it one of Richard’s favorite places, but it was one of mine as well. Over the years, it was where we camped, backpacked, fruitlessly panned for gold, fished, hiked, whitewater rafted, went four-wheeling, navigated to secret hot-springs, explored ghost towns, mountain biked, hung out with foxes, spied on Elk, paddle-boarded on mountain lakes, drank my first beer with the best of friends, and gazed back in time at a mosaic of stars that invited questions about our tiny place in the vastness of space.

During my teens I would sometimes get a bit embarrassed with Richard. Whenever we went somewhere he would pick up trash left by others. When I asked him why, he said he always wanted to leave every place he visited in better shape than before he got there. A short time ago, I received word that Richard was in the hospital. What everyone had thought was related to an infection and arthritis turned out to be the final stages of very rapidly advancing cancer. I had always thought of Richard as unstoppable. Just last summer, at age 75, we were running the rocky, rugged trails of the Sawtooth mountains together. Suddenly, he was unable to move from his hospital bed. A few days ago, I was able to visit Richard. Between tears, I thanked him for all the experiences he shared with me. We said what didn’t really need to be said because we both knew it. But we said it anyway. Although not religious in any conventional sense, Richard confidently assured me we’d see each other again. A short time later, Richard passed away. He did so leaving my life, and the world a better place than it was before him. To a great maker, mentor, Big Brother, and dearest of friends, Richard – I will miss you.

If you have someone that has supported and inspired you in life, please feel free to share your thoughts about them in the comments below. 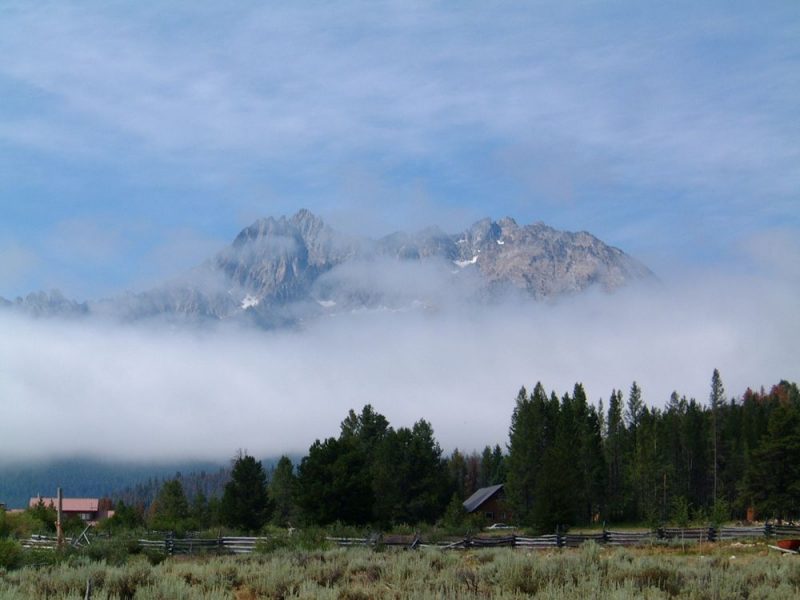 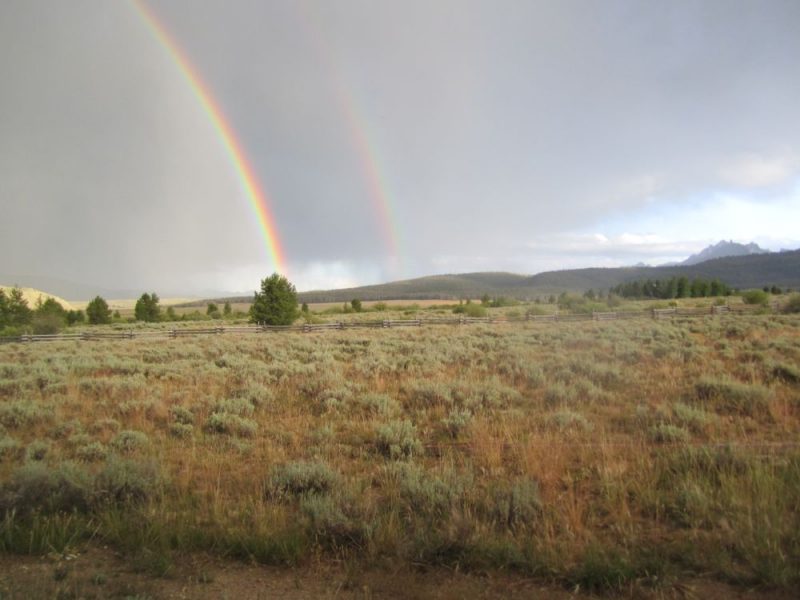