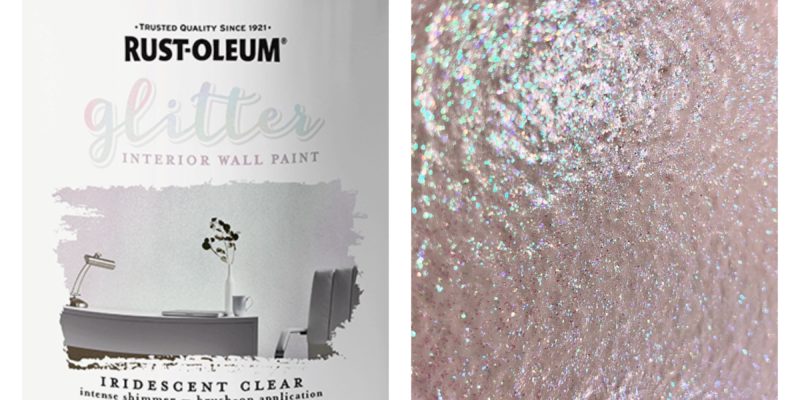 Alisa and Jason purchased their National Historic Landmark District 1879 home approximately two years ago and have been steadily working to update the exterior as well as interior. Their daughter’s room was finished in a two-tone reflective 1980’s Victorian style floral wall paper, thus the first step was to strip the walls. Alisa used Zinsser DIF Gel Wallpaper Stripper. For the most part, the paper came off in one layer after just letting the thick gelatinous, easy spray, no-drip DIF Gel Stripper saturate for a few minutes.

Following this step she cleaned the walls with soap and water. Many use as TSP substitute for getting old gunk and grime off an existing painted wall in preparation for a new coat of paint. Alisa painted two coats of Behr flat paint/primer in a subtle blush pink color, allowing each coat to dry for one hour. She then applied Rust-Oleum Iridescent Clear Interior Glitter Paint with a nap roller as suggested by the company. Alisa, an interior decorator by trade, experimented with the product and decided she obtained a smoother more desirable effect when she went over each layer with a paint brush as well. The Rust-Oleum Interior Glitter paint does leave a slightly textured multi-dimensional finish due to the specks of glitter (see closeup image below). Alisa was satisfied with the effect she achieved after two coats, allowing the first coat to dry for one hour before applying the second. 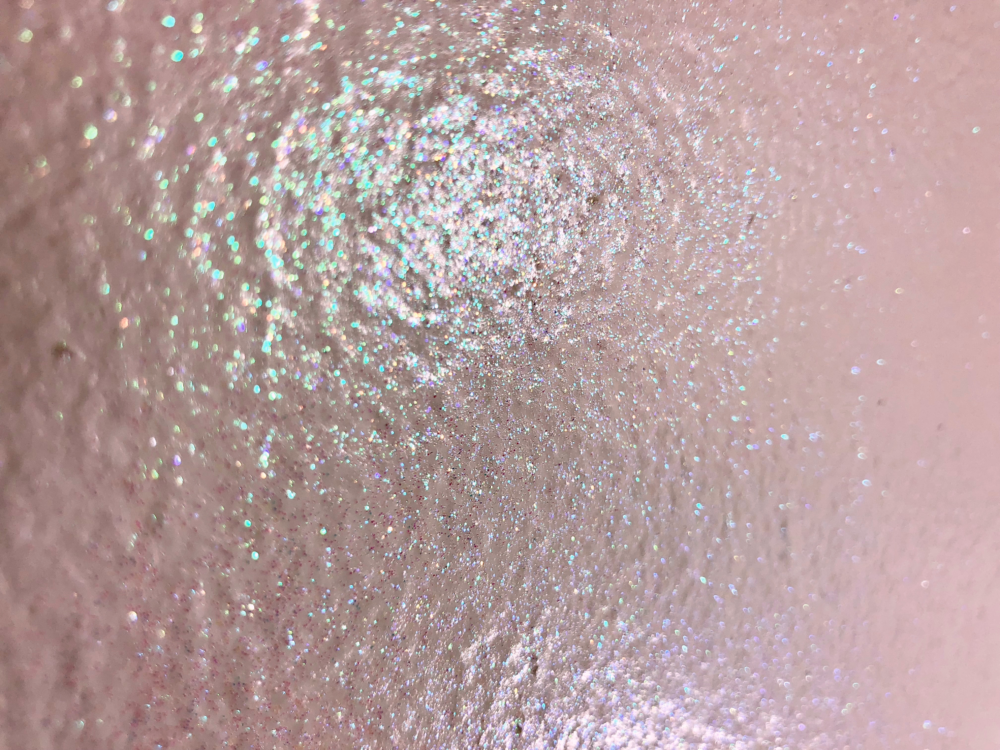 Upon completion of the project, Alisa decided to experiment with different colors and techniques using the Rust-Oleum Interior Glitter Paint. She used cardboard to create color swatches. As you can see, the darker the paint the brighter the sparkle effect. For the blue swatches below, she mixed Rust-Oleum Interior Glitter Paint in with flat finish wall paint because she noticed when she painted over the intense dark blue the Rust-Oleum Glitter Paint left a milky finish. She discovered that mixing the paints together created a more cohesive effect. 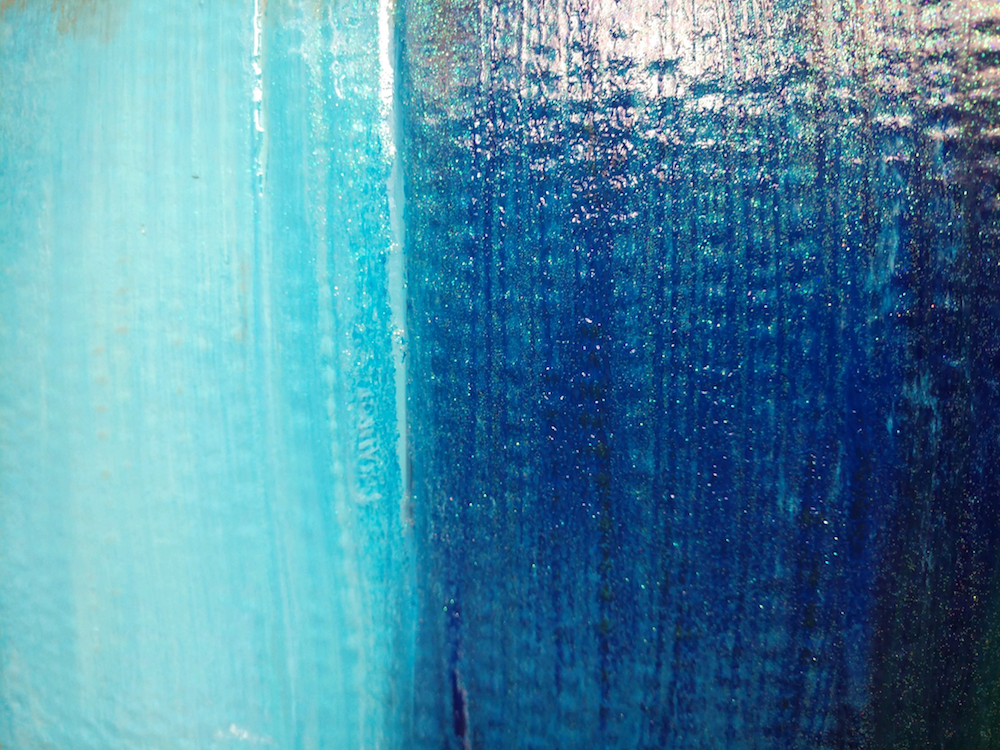 The swatch below shows the glittery effect of when layered on top of deep purple and dark pink. Alisa says using the product is great fun. She suggests experimenting with different applications before making a commitment on your walls. She also cautions that in the future, when you decide to apply a different finish/paint over Rust-Oleum Interior Glitter Paint, you will probably need to sand the walls to smooth out texture from the glitter paint. All in all Alisa, and her daughter were pleased with their new luminescent blush pink accent wall.

And if you have the misfortune of needing to remove wallpaper, here is the link for DIF Gel Wallpaper stripper: