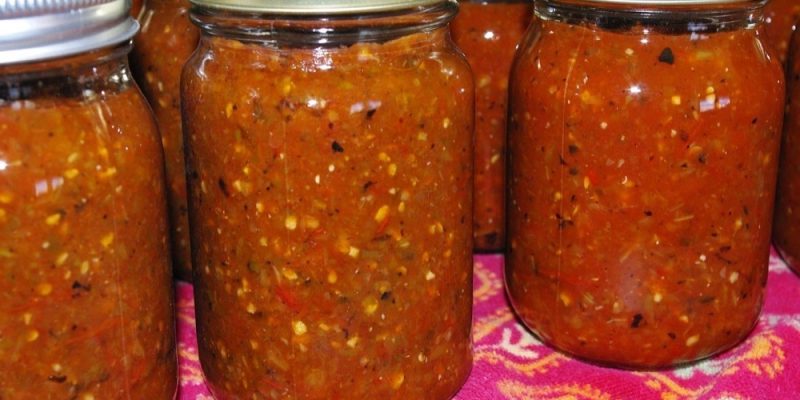 Even though the recipe usually contains my personal form of kryptonite, I have been known to ignore common sense and consume large quantities of salsa anyway. This often ends with me briefly wondering why I’m hot pink all over the very next day. But that’s just me. Most people can have their salsa and eat it too. So let’s talk about what goes into the spicy dip that is beloved by human beings everywhere, and how you can grow it all yourself.

Even if they’re generally considered essential for salsa making, I have to admit I’m not a fan of tomatoes (Solanum lycopersicum) as garden plants. No, I haven’t had any tossed at me recently, but they seem to attract leaf miners like honey does Winnie-the-Pooh. Tomato plants also smell a lot like garbage on a hot day. You know its bad when you are willing to dip your hands in pure vinegar to get rid the stench. It was only after the searing pain hit that I discovered exactly how badly I scratched myself while pruning the key lime tree earlier. (If you’ve read any of my other posts you’ll remember that these wicked buggers have finger-long thorns).

My family’s all time favorite tomatoes are the Black from Tula variety that is shown above. They make wonderful tomato-bacon sandwiches and would also go good in salsa if we could ever get more than one at a time. The sad fact of life is that this variety can’t usually take the heat of a 8b/9a garden. They also crack sometimes, rather like stressed out human beings. In fact, Southern gardeners might do better with Early Girl, Roma, or Risentraube varieties.

But with that said, I’m honestly hoping that the mystery tomatoes I grew this year are Tulas. Yes, mystery tomatoes. I had twenty million seed packets with 2 seeds in each one so I poured all the seeds in the same bag. You can guess the result of my brilliant idea; I obviously have no idea which types are currently growing in my yard.


I love growing peppers (Capsicum species). They’re colorful, heat-resistant, and so tasty that I’m occasionally willing to risk spending three days looking sunburnt in order to eat them. I try to grow a different type every year but the downside to the gloriously cooler summer weather this year was an appalling lack of peppers. Although there are millions of different types to choose from, my favorite variety is the Chinese 5 Color Peppers. These shrubby plants produce profuse amounts of hot peppers that are shaped like Christmas lights and also change colors. It’s the closest you can come to having Christmas trees in July without the neighbors looking at you funny.

I took a cooking class about ten years ago on making and canning homemade salsa. But the only thing I remember is that if you want hot and spicy salsa (and who doesn’t?) you need leave the seeds in. For super hot versions, bring out your Habaneros and ghost peppers. Those who like theirs milder can use cayenne or jalapenos instead. Those weirdoes who like their salsa very bland can always use bell peppers in place of the hot ones.

Although if you have more peppers than you can eat, there is nothing funnier than watching two guys get into an argument over who can consume the hottest pepper. This inevitably results in high hilarity for the spectators as well as bragging rights and much agony for the participants. It does go without saying that this a contest best suited for teenage boys with iron stomachs and not senior citizens. That didn’t stop my 70-year-old grandfather and his best friend from having a contest to see who could grow and eat the hottest pepper. Another friend of theirs wisely refrained from participating in said contest. He appointed himself the judge and had more fun harassing them than either of the competitors did for some time afterward.

In the US, the leafy green part is cilantro and the seeds are coriander. In other parts of the world the entire plant (Coriandrum sativum) is coriander, which can be somewhat confusing if you’re reading a recipe written by a Brit or an Aussie. It’s just another case of “I do not think that word means what you think it means.” (a la Princess Bride) Some people like this herb and others insist that it tastes like soap. I fall in both categories. I like it but can definitely taste the suds. Cilantro is also a rather finicky plant. It likes to grow where it is warm but goes to seed early if it gets too hot. (Again, rather confusing). That’s okay though, the seeds are pretty tasty themselves.

Onions (Allium cepa) are included in a lot of salsa recipes and a lot of recipes in general. If you are pressed for space, you’d be better off to try bunching onions (Allium fistulosum) or chives (Allium schoenoprasum). Both of them can be grown easily in small containers and can be substituted for ordinary onions. Getting large sweet onions to grow in containers is a bit difficult and I haven’t had much luck. I also recently learned that any sweet onions grown here would be considered ordinary Granex or Sweet Yellows not Vidalias, despite the fact it’s only an hour and a half way. Apparently Vidalia onions are like Parma hams or champagne in that they can only be produced in certain places. And so, now you know. 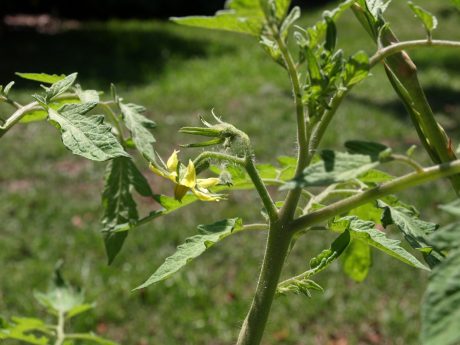 Keep the tissues handy, and let us know how your hot and spicy gardening salsa projects turn out!