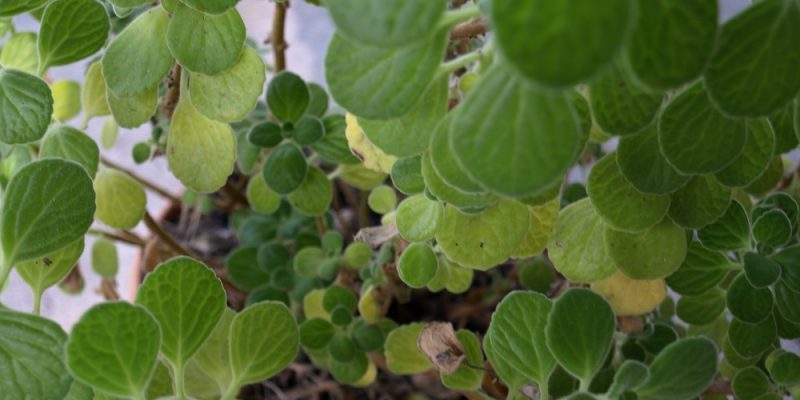 Some herb gardens require a lot of explanation, especially those of an illegal sort, but there are definitely some underrated members of the plant kingdom that just don’t have the star power of rosemary, thyme, and basil to back them up. However, these specimens are definitely worth a look if you are searching for something new to place in your garden next spring. So, without further ado, here are some of the C-list celebrities of the herbaceous variety. 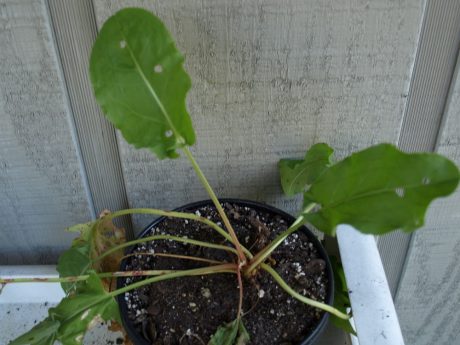 Even after the wind knocked one of the sorrel plants (Rumex acetosa) off the picnic table, I have two specimens that are each several years old. I had grown them from seed several years ago because doing so was a lot easier and cheaper than purchasing the flashy red-veined sorrel (a.k.a. bloody dock) that was sold at the local garden centers. The seeds for common garden sorrel are usually a few cents cheaper than the red-veined variety as well. I’ve since discovered that sorrel seems to grow better in sunny conditions than it does in dappled light, but it hasn’t been too picky about water or soil requirements. These plants also have returned to my herb garden every spring, despite the particularly cold winter that killed several of my allegedly hardy specimens. Sorrel is also edible and is often used in conjunction with potatoes. However, the plants are highly acidic and eating too much can give grazers a stomachache. 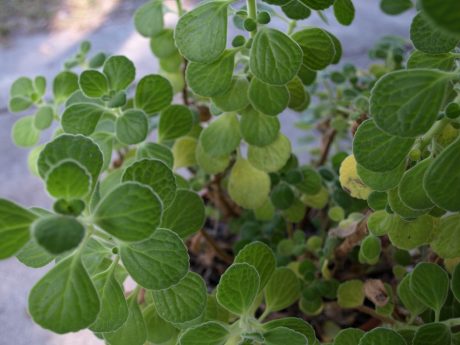 Cuban Oregano (Plectranthus amboinicus) is considered to be edible but the incredibly fleshy texture of the leaves means that slicing, dicing, and cooking are generally required in order to accomplish this feat. I personally am not drawn to it as a culinary element but it has other good qualities. After all, Cuban oregano is low maintenance plant with a nice appearance and a pleasant smell that is akin to Vicks’ Vapor Rub. (The latter quality might not be your cup of tea but it a godsend for individuals with sinus problems.) These plants thrive in warm, sunny spots but can still go for a day or two without being watered in the summer. In my book, that makes them even better. Although my new yard has plenty of spigots for water hoses, it is still nice to have a few plants in the herb garden that I don’t have to worry about during a heatwave. Cuban oregano doesn’t seem to appeal to bugs either. The main downside to these plants is that they have to be brought indoors when the temperature outdoors dips below 50 °F or so. If you can manage to evacuate them in time and keep them in a fairly sunny window, they should survive the winter months. I have never seen any seeds for these plants and usually purchase fully grown specimens from local garden centers in the spring if ones I had previously didn’t make it through the night (as the Ray Steven’s song goes). 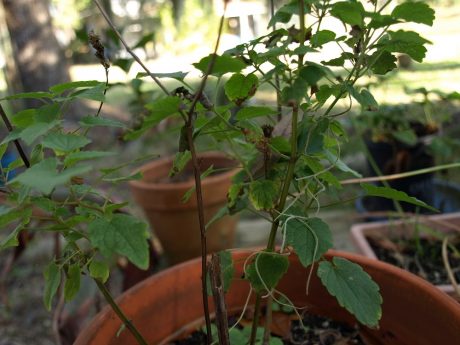 Anise Hyssop (Agastache foeniculum) does spread rapidly, but its’ hostile takeover efforts can be somewhat confined by keeping it in pots. However, if this plant teamed up with my strawberries, they could probably conquer the yard with relative ease. They’re already holding numerous other containers hostage as part of their guerilla warfare efforts. All the same, this spiky, purple-flowered plant is a good specimen to have in your yard because it is a fairly low maintenance plant in spite of the aforementioned issues. It is also relatively impervious to high summer temperatures. Anise Hyssop can even be eaten, but it tends to appeal more to bees and other pollinators than to human tastes. This plant will usually look start to look shabby in the winter months, as is evident in the picture above, but it will happily survive outdoors to return stronger and better than ever. Be afraid, be very afraid… Or simply sip your lemonade and enjoy the fact that the local butterflies and bumblebees will now be showing up in your garden with greater regularity.